Crampton navigates nonlinear dimensions of time and space. She finds in errors, chaos, and the irrational a place where anti-coloniality and queerness are kept alive. Her art is as irreducible to coloniality as indigeneity itself: the way she unapologetically claims her queer and Aymara becoming uplifts the experiences of those who still were/are caught in-between Western categories of being. Many of us brown/queer folks can never be grateful enough for what she and her music has meant to us.

Crampton has defined her work as “folk music,” foregrounding its primordial meaning: music tied to a constant (re)definition of identity through memory, history, and past/future continuity. From early times to the present, evocations of huayno, cumbia, saya, caporal, and Huancayo styles have helped our Andean community, living in and out of diaspora, thrive. Her music made me feel seen. It made me want to heal the wounds that colonialism had inflicted on me my whole life — wounds I previously lacked the capacity to see.

A press release once defined her style as “an adoption of sonic dialects across the Americas [that] shape the way different communities hear not just sounds but frequencies.” Blending all possible combinations of Andean melodies and rhythms, Mexican cumbia sonidera, Brazilian funk, Angolan kuduro, noisy R&B edits and other oddities, the complexity of her output was unique. Crampton influenced a whole new generation of producers, DJs, and performers, creating a nonlinear space/time in which the people of the Abya Yala — “Latin America” in the native Kuna language — could survive and heal.

… In 2018 she released a self-named LP for Break World Records dedicated to Ofelia – a revolutionary china (“femme” in Aymara) travesti – one of the “mariposas, or butterflies, who forever altered the costume of the china supay in the 1960s and 1970s, the Aymara femme devil performed by queer and trans bodies in the street festivities, which, though now formally Christianised, can be traced back to before the conquest” (E.C. interviewed for TANK Magazine, 2018). The album was also a reflection on pachakuti, the Quechua world-reversal and dissolution of power structures, and taypi, the space/time paradox where dichotomies collide in a “radical asymmetry.1”

… 1 As Crampton explained to TANK Magazine in 2018, taypi is the “juncture where the space-times of the here and now and the unknown or de-known co-mingle – where, for example, the world of outside and the world of inside are woven together, braided so as to appear as one color, one thing, until you look closely to see they cohabit or speckle one another without ever fully dissolving into a whole, single object, such as the desired third object of mestizaje or hybridity as political projects. It seems to be about those contrasts remaining, failing to disappear at such an intense level of intimacy, and generating energy from their contradiction, their resistance to fully merge, with fields of possibility radiating from their being together.” The asymmetry that taypi carries, is the reason “why world reversal emerges out of [it]. Perhaps one component of taypi could be described as superimposition, the paradox or split in physics’s fundamental unit et cetera.” 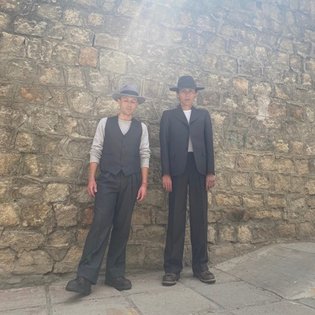 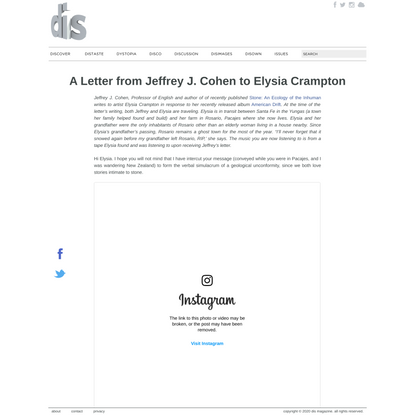 A Letter from Jeffrey J. Cohen to Elysi…

“We come from a heavily colonized country where they adopted Christianity. I saw the way [my grandmother] navigated her relationship with that God. I saw all the parts, they were all already indigenous there. It wasn’t part of a pagan conflict or a pagan antithesis to that faith, it was her being already. The way she prayed, the way she spoke, the way she evangelized, was already an indigenous mode of contact and being that we would call pagan in this modern world. But it’s not pagan, it’s really just a mode of being that is so resistant to the colonized sovereign mode that it survives it without even any acknowledgment or any need for that resistance, because its resistance is already irreducible. Its resistance comes out of its irreducibility to coloniality.” — Elysia Crampton, Dazed, 2016

My body a dwelling between colonized and colonizer, I once carried a shame of my brownness. It was as though my whiteness wanted to purge my mother’s blood from me; I would even pray that I would wake up to find myself not only entirely white, but entirely a “real boy,” because even then, I already knew I didn’t fit in with the gender assigned to me. Contact with my Bolivian/indigenous heritage — whether that was through music, language, food, or literally touching the ground of La Paz — was crucial to undoing this mental fixation, this internalized hatred. My encountering with landscape, my reaching out to it, gave clarity to concepts still difficult to put into/retain with languages. In Mexico, the rules were different: as a child, I could ride deep into the countryside, unsupervised. I became aware of my own longing, isolation, hysterical positioning, while at the same time uncovering a new relationship with (and very disanthropocentric companion in) landscape. It was by this encountering that I found god, godness — this thing in me that was also an excess, indifferent yet total grace, this thing that embraces, hides, moves through what I am, surviving what I am, yet always dying in order to be new (its newness is ancient). 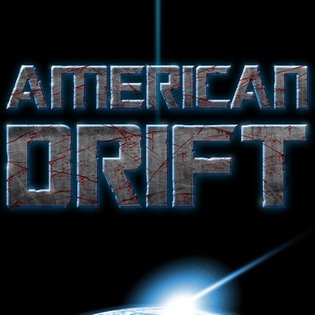 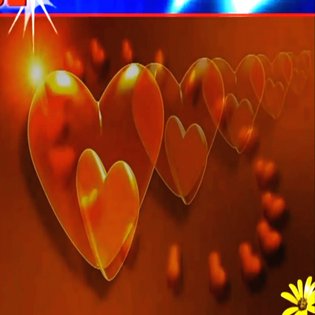 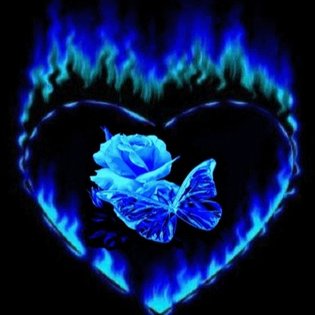