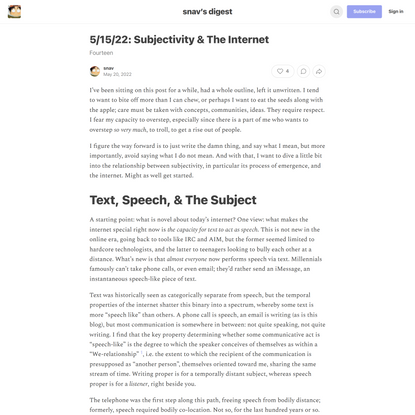 the Internet has made greater institutional capacity possible, but
it has also made our world more complex in ways that require an increase in institutional capacity to happen and
it has broken some of our established institutions, actually causing a decrease in institutional capacity, and
we are not yet using the new governance capabilities that the Internet made possible anyway.
The Internet transition is creating greater complexity which we haven’t developed the means to operate — quite the contrary, the Internet is largely a failed state with much infrastructure at the whims of gangs and their billionaire warlords4. Complexity doesn’t have to vary linearly, and I believe that there is evidence that the Internet has thrown us into a massive increase in societal complexity, happening at a time at which our institutional capacity was already overwhelmed by globalisation (as well as under political attack). In How institutions shaped the last major evolutionary transition to large-scale human societies, the authors list four small transitions that are steps along the major transition from a social organisation based on kinship and personal exchange to large-scale complex human society with impersonal exchange and an advanced division of labour:

the original human hunter-gatherer niche;
the origin of language, which facilitated cumulative cultural evolution;
the shift to sedentary agriculture and hierarchical social organisation;
the origin of states, when interactions between people who may never meet again become more regular.
The exact list is debatable but I believe that we should now add a fifth step small transition: the Internet transition, which notably includes a shift to post-geographic5 interactions. Even as trade networked distant places over the centuries, much of people’s lives until very recently remained locally anchored, and losing the friction of this local anchoring has a number of effects.

Locality gives nation-states (or cities) a territory over which sovereignty and jurisdiction can be clearly defined (we speak of the “law of the land”). Historically, this wasn’t always the case but a lot of our institutional infrastructure relies on these expectations and translating that to the Internet has often proved challenging.
Locality also anchors our communities in shared epistemic frameworks. As humans, our beliefs are not developed individually but rather are strongly grounded in our communities.6 In a community dominated by local interactions, members might overwhelmingly hold beliefs that align well with the consensus of medical experts, but not because they really defer to those experts. It may well be because they defer to their local area doctor who transitively defers to experts. Almost everyone around them defers to that same doctor (or small set thereof), and as a result not doing so would put one at odds with the community. Note that this can be both good (it likely increases support for vaccination) or bad (the medical community does not have a history of enlightenment regarding gender), but it is locally unifying and provides a clear framework for intervention should a crisis require change.
My point is not that we need to return to locality, but that we need to build institutions that are adapted to this new reality so as to develop the institutional capacity that matches the needs of the world we want."

RRL
Harun Farocki's work seems to be an important point of reference for people interested in the operationalization of media.

JP
The notion of operational images, as it comes from Farocki’s work, has become an oft-cited term in art and theory discussions. Farocki’s early work before operational images such as the anti-Vietnam War films in the 1960s and 1970s, including the well-known Nicht löschbares Feuer, deals with scenes of atrocity in relation to contemporary forms of chemical extraction and violence. They ask: how can an image do justice to violence at this massive scale? There’s something very poignant and useful in terms of what this opens up. That is why Farocki keeps haunting us.

IAT
Yes. Political value might be arrested from operational images. But their operationalization, fundamental to their production and the violent work they do in circulation, often obscures that potential…

RRL
In what ways does your recent project expand on Farocki’s take on operational images?

JP
I have tried to build upon the notion of operational image as a heuristic concept to consider questions of measuring, labor, and shifting photographic or “post-photographic” practices in relation to visual culture. Operational images are not images in a restricted sense. Their primary definition is through their operationality. As images they are peculiar, sometimes even “unimages.” They might be surveys and scans of large-scale territories that lay the ground for extractionism or particular territorial operations which then play out in complex entanglements of climate extractionism, resources, geopolitics, territorial conflict, and of course blatant military violence (which is covered so well by Farocki).

The project is part of a book, Operational Images: From the Visual to the Invisual, expected to come out next year, in 2023. It is not a book about Farocki but one that tries to think through some of the implications of the concept: how does it help us understand images and data, artificial intelligence, and the disappearance of the image in the machinery of data sets and training models for different applications and operations? It tries to both map the field of how the term has been used and also offer some new insights. I offer case studies, like Geocinema’s work, while picking up on the idea that operational images also speak to Operations Other Than War (a term that refers to military actions and logistics not explicitly for the purpose of waging war—these other operations can then thus include almost anything where the logistical backbone of military is seen effective,from environmental disasters to peacekeeping). I refer to the idea that operational images are not merely about the machine vision of military tech, but they function in many other institutional contexts, from architecture to earth observation, astronomy, and beyond. This does not mean dismissing the violence mobilized in different operational contexts, but that it doesn't always explode as imminent assault and rather unfolds into toxic contexts where images, observation, measurement, data, and other operations take a central role.

One key thing to recognize is that artistic practice, including film practice, was always already there in media archaeology. New film history was born from close research on film archives and was always aware of the work of film artists such as Harun Farocki. Many might say that Farocki’s work was emblematic of media archaeology in action. 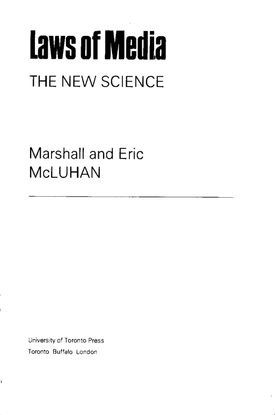 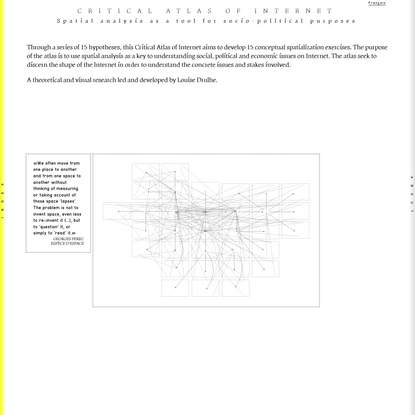 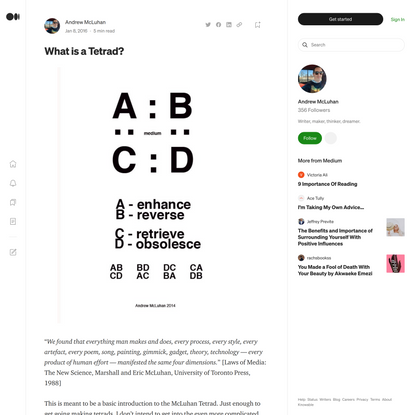 What is a Tetrad? 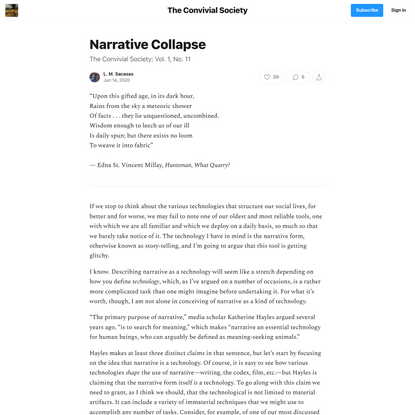 "While many have found McLuhan’s aphorism “the medium is the message” confounding, McLuhan actually offered a rather straightforward explanation. “The ‘message’ of any medium or technology,” McLuhan wrote, “is the change of scale or pace or pattern that it introduces into human affairs.”"