(Ongoing) This project is an attempt at visualizing the relationship amongst Hindu iconographic symbols across a database of artworks depicting the various gods/goddesses in the Hindu Pantheon. Specifically, iconography around hands were chosen for this first attempt, i.e. objects held in the hands or specific hand gestures (mudras). Lines denote the appearance of a symbol in a painting by connecting the symbol with the artwork. With a small sample set of 15 paintings, a complex interconnected web already appears. 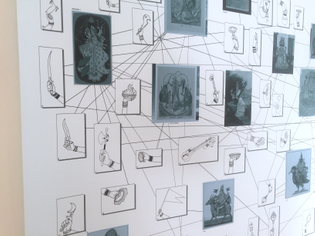 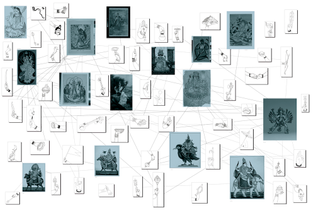 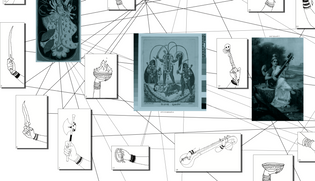 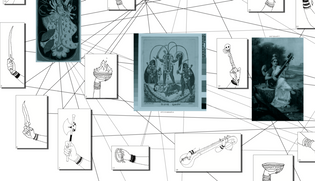 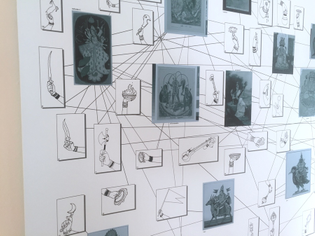