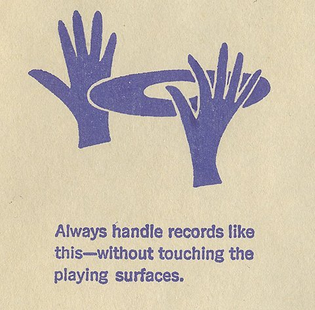 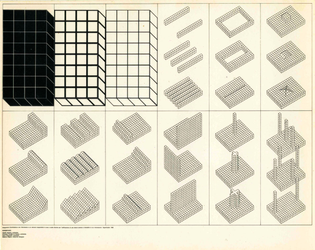 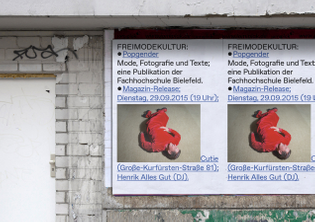 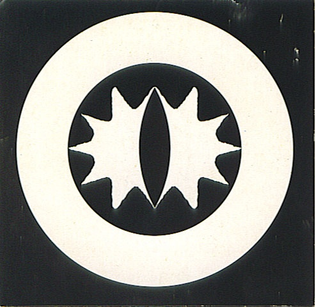 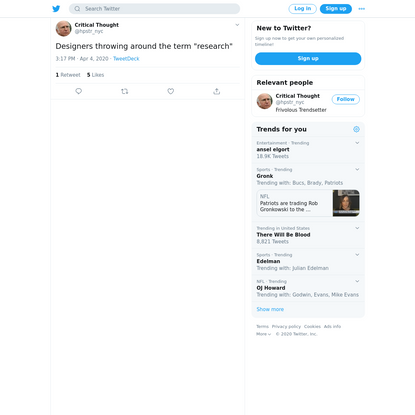 T shirts with graphics and text on the back are inherently more powerful. Graphics on the front of a piece of clothing are coupled with the face, and in order to look at a shirt with graphics on the front, you need to take in the human being wearing the shirt with front graphics as well. The transmission of the graphic artifact is diluted by the association. A graphic on the back of an article of clothing is more powerful, the broad human back is a plane where the graphic artifact can present in isolation. 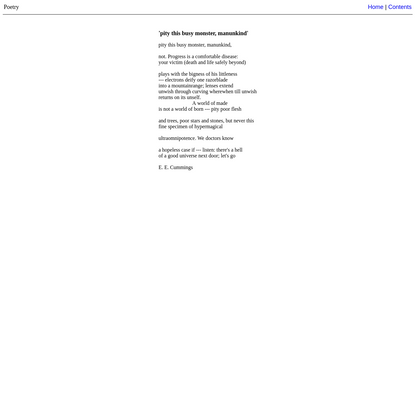 “You can only get so far by ignoring [traditional media] and only working on digital.”

Call me Mr. Gatto, please. Twenty-six years ago, having nothing better to do, I tried my hand at schoolteaching. My license certifies me as an instructor of English language and literature, but that isn't what I do at all. What I teach is school, and I win awards doing it.

Teaching means many different things, but six lessons are common to schoolteaching from Harlem to Hollywood. You pay for these lessons in more ways than you can imagine, so you might as well know what they are:

The first lesson I teach is: "Stay in the class where you belong." I don't know who decides that my kids belong there but that's not my business. The children are numbered so that if any get away they can be returned to the right class. Over the years the variety of ways children are numbered has increased dramatically, until it is hard to see the human being under the burden of the numbers each carries. Numbering children is a big and very profitable business, though what the business is designed to accomplish is elusive.

In any case, again, that's not my business. My job is to make the kids like it -- being locked in together, I mean -- or at the minimum, endure it. If things go well, the kids can't imagine themselves anywhere else; they envy and fear the better classes and have contempt for the dumber classes. So the class mostly keeps itself in good marching order. That's the real lesson of any rigged competition like school. You come to know your place.

Nevertheless, in spite of the overall blueprint, I make an effort to urge children to higher levels of test success, promising eventual transfer from the lower-level class as a reward. I insinuate that the day will come when an employer will hire them on the basis of test scores, even though my own experience is that employers are (rightly) indifferent to such things. I never lie outright, but I've come to see that truth and [school]teaching are incompatible.

The lesson of numbered classes is that there is no way out of your class except by magic. Until that happens you must stay where you are put.

The second lesson I teach kids is to turn on and off like a light switch. I demand that they become totally involved in my lessons, jumping up and down in their seats with anticipation, competing vigorously with each other for my favor. But when the bell rings I insist that they drop the work at once and proceed quickly to the next work station. Nothing important is ever finished in my class, nor in any other class I know of.

The lesson of bells is that no work is worth finishing, so why care too deeply about anything? Bells are the secret logic of schooltime; their argument is inexorable; bells destroy past and future, converting every interval into a sameness, as an abstract map makes every living mountain and river the same even though they are not. Bells inoculate each undertaking with indifference.

The third lesson I teach you is to surrender your will to a predestined chain of command. Rights may be granted or withheld, by authority, without appeal. As a schoolteacher I intervene in many personal decisions, issuing a Pass for those I deem legitimate, or initiating a disciplinary confrontation for behavior that threatens my control. My judgments come thick and fast, because individuality is trying constantly to assert itself in my classroom. Individuality is a curse to all systems of classification, a contradiction of class theory.

Here are some common ways it shows up: children sneak away for a private moment in the toilet on the pretext of moving their bowels; they trick me out of a private instant in the hallway on the grounds that they need water. Sometimes free will appears right in front of me in children angry, depressed or exhilarated by things outside my ken. Rights in such things cannot exist for schoolteachers; only privileges, which can be withdrawn, exist.

The fourth lesson I teach is that only I determine what curriculum you will study. (Rather, I enforce decisions transmitted by the people who pay me). This power lets me separate good kids from bad kids instantly. Good kids do the tasks I appoint with a minimum of conflict and a decent show of enthusiasm. Of the millions of things of value to learn, I decide what few we have time for. The choices are mine. Curiosity has no important place in my work, only conformity.

Bad kids fight against this, of course, trying openly or covertly to make decisions for themselves about what they will learn. How can we allow that and survive as schoolteachers? Fortunately there are procedures to break the will of those who resist.

This is another way I teach the lesson of dependency. Good people wait for a teacher to tell them what to do. This is the most important lesson of all, that we must wait for other people, better trained than ourselves, to make the meanings of our lives. It is no exaggeration to say that our entire economy depends upon this lesson being learned. Think of what would fall apart if kids weren't trained in the dependency lesson: The social-service businesses could hardly survive, including the fast-growing counseling industry; commercial entertainment of all sorts, along with television, would wither if people remembered how to make their own fun; the food services, restaurants and prepared-food warehouses would shrink if people returned to making their own meals rather than depending on strangers to cook for them. Much of modern law, medicine, and engineering would go too -- the clothing business as well -- unless a guaranteed supply of helpless people poured out of our schools each year. We've built a way of life that depends on people doing what they are told because they don't know any other way. For God's sake, let's not rock that boat!

In lesson five I teach that your self-respect should depend on an observer's measure of your worth. My kids are constantly evaluated and judged. A monthly report, impressive in its precision, is sent into students' homes to spread approval or to mark exactly -- down to a single percentage point -- how dissatisfied with their children parents should be. Although some people might be surprised how little time or reflection goes into making up these records, the cumulative weight of the objective- seeming documents establishes a profile of defect which compels a child to arrive at a certain decisions about himself and his future based on the casual judgment of strangers.

Self-evaluation -- the staple of every major philosophical system that ever appeared on the planet -- is never a factor in these things. The lesson of report cards, grades, and tests is that children should not trust themselves or their parents, but must rely on the evaluation of certified officials. People need to be told what they are worth.

In lesson six I teach children that they are being watched. I keep each student under constant surveillance and so do my colleagues. There are no private spaces for children; there is no private time. Class change lasts 300 seconds to keep promiscuous fraternization at low levels. Students are encouraged to tattle on each other, even to tattle on their parents. Of course I encourage parents to file their own child's waywardness, too.

I assign "homework" so that this surveillance extends into the household, where students might otherwise use the time to learn something unauthorized, perhaps from a father or mother, or by apprenticing to some wiser person in the neighborhood.

The lesson of constant surveillance is that no one can be trusted, that privacy is not legitimate. Surveillance is an ancient urgency among certain influential thinkers; it was a central prescription set down by Calvin in the Institutes, by Plato in the Republic, by Hobbes, by Comte, by Francis Bacon. All these childless men discovered the same thing: Children must be closely watched if you want to keep a society under central control.

It is the great triumph of schooling that among even the best of my fellow teachers, and among even the best parents, there is only a small number who can imagine a different way to do things. Yet only a very few lifetimes ago things were different in the United States: originality and variety were common currency; our freedom from regimentation made us the miracle of the world; social class boundaries were relatively easy to cross; our citizenry was marvelously confident, inventive, and able to do many things independently, to think for themselves. We were something, all by ourselves, as individuals.

It only takes about 50 contact hours to transmit basic literacy and math skills well enough that kids can be self-teachers from then on. The cry for "basic skills" practice is a smokescreen behind which schools pre-empt the time of children for twelve years and teach them the six lessons I've just taught you.

Something went wrong trying to save https://spine-studio.com/#contact. 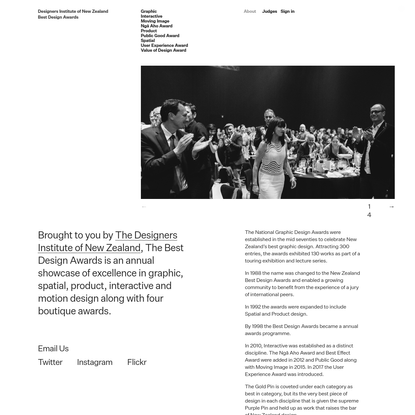 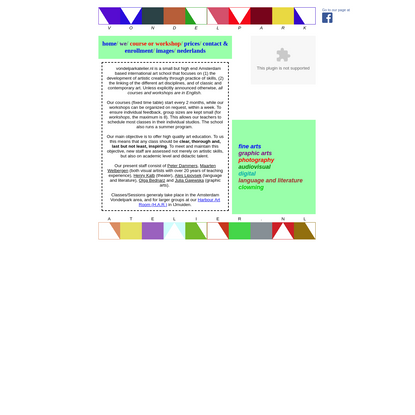 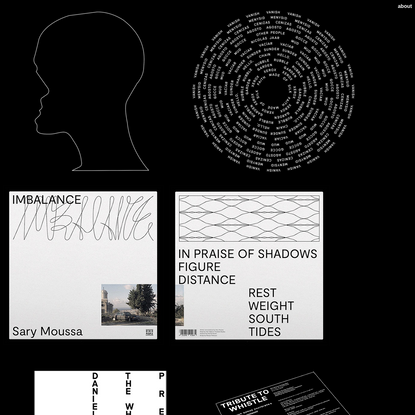 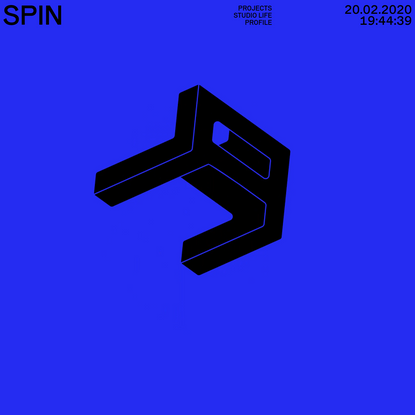