Sign up or Log in
Are.na
aleon 222
time!no,moment,evolution\__\
Info
—
4 Followers
This channel appears in
22 aries
View
Grid
Table
the future is not what it used to be
by Nicola Maffei
661 blocks • about 11 hours ago

"Try to imagine a life without timekeeping. You probably can’t. You know the month, the year, the day of the week. There is a clock on your wall or the dashboard of your car. You have a schedule, a calendar, a time for dinner or a movie. Yet all around you, timekeeping is ignored. Birds are not late. A dog does not check its watch. Deer do not fret over passing birthdays. Man alone measures time. Man alone chimes the hour. And, because of this, man alone suffers a paralyzing fear that no other creature endures. A fear of time running out." 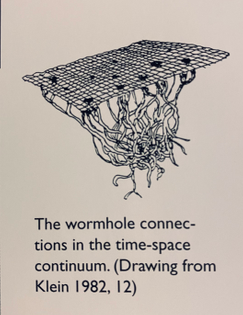 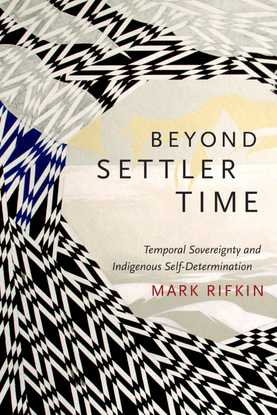 "Where time reckoning had historically been determined by solar time and other local time-reckoning methods, the growth of global capitalism and maintenance of global colonization by European nations and their colonized territories increasingly required clock and calendar time standardization. In 1883, the U.S. standardized its four time zones in accordance with the railroads, for example, collapsing capitalist time into natural time in ways that fundamentally shifted humans’ experience of, and relationship to, time." 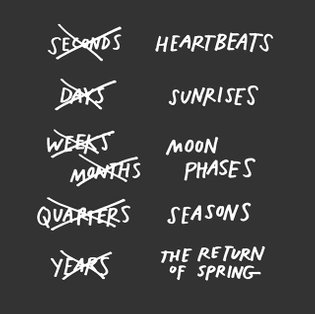 What if we measured time without clocks… 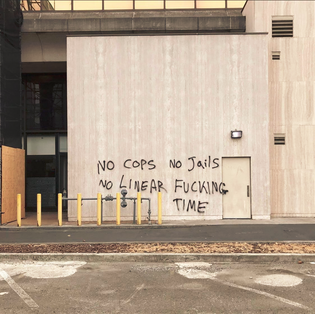 There is no such thing as the time. There are hundreds or even thousands of times and ways of telling them. To the Karen of northern Thailand, the whole forest is a clock. For the Kelantanese of the Malay peninsula, the coconut can be used as a stopwatch. Hopi and Navajo people have the "sundance time" and Aboriginal Australians the Dreamtime. Yet GMT imperiously (and falsely) declares its hours to be the standard for all."

The tyranny of clocks and calendars - J… 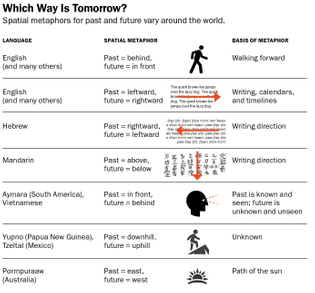