Though the post received nearly 1,000 likes and some positive feedback, it quickly garnered dozens of critical comments from people who were taken aback by Schlosser’s generalizations and sense of ownership over Japanese cuisine. Some claimed Schlosser appropriated Japanese culture and failed to acknowledge Los Angeles’s Japanese restaurants and confectionaries, like Fugetsu-Do in Little Tokyo and Sakura-ya in Gardena, which have produced and sold sakura mochi for generations. Members of the Japanese-American community shared with Eater LA that they found Schlosser’s caption untrue and hurtful because it simultaneously erased countless cooks’ and chefs’ efforts while also blaming them for not upholding Schlosser’s perception of the cuisine and its authenticity markers. Schlosser’s race and his standing with the Japanese consulate and the Japanese American Cultural & Community Center, along with recent acts of violence directed at AAPI communities and the long history of Asian discrimination in the U.S., further complicated the dialogue around his Instagram post.

Pichetrungsi says most customers weren’t familiar with Thai cuisine in the early days, the closest estimations being that “it was Chinese food with some spice.” The initial menu included wonton soup and stir-fry dishes that were approachable, and used as a gateway.  Justin’s biggest impact has been to leave that approach behind — completely changing Anajak from a neighborhood staple to something more ambitious, in a very Californian way: by building strong relationships with local farmers and purveyors, and by stretching his own insatiable curiosity.

“I see the restaurant as art, as a painting that’s never finished,” he says. “It’s a gallery, it’s not a museum. It rotates. I’m adamant about it changing as much as possible based on what we need, what I love doing.”

At Anajak Thai, a New and Californian V…

“Today in Brazil and Peru, Nikkei cuisine is gaining popularity and is enjoyed both at home and in restaurants by Nikkei and non-Nikkei populations alike. In São Paulo, the Michelin-starred Nikkei chef Tsuyoshi Murakami heads one of the most coveted tables in the city, as does Adriano Kanashiro at Momotaro, whose foie gras and tuna sushi has become legendary. Shin Koike of Aizome, a Japanese national who immigrated as recently as 1994, has been a great inspiration for me and is pioneering the use of native Amazonian fruits and plants in his Nikkei cooking. In Lima, Mitsuharu Tsumura of Maido (ranked 7th in the 50 Best Restaurants of Latin America in San Pellegrino’s list) offers perhaps the most sophisticated expression of Nikkei cuisine in Peru. Toshiro Konishi, considered by many to be the father of Peruvian Nikkei cuisine, is one of the most celebrated chefs in the land. Hajime Kasuga is a lecturer in Nikkei and Japanese cooking at the prestigious Le Cordon Bleu Cookery School in Lima and is a true ambassador for both cuisines.”

After years of the elite turning a blind eye to abuse, today food media says: “you need to be better”. David Chang has been (rightly) castigated not because his abuse was worse than Ramsay but because food media built him up into something he wasn’t.

Then one day, in 2003, Thomas Keller came by. His restaurant, the French Laundry, which would later earn three Michelin stars, happened to be in Yountville. “I remember, he had probably a dozen different beans on the table,” Keller told me recently. “To get something that freshly dried was a revelation.” The bean that caught Keller’s eye was a greenish-yellow thing with a red-rimmed eye, like a soybean with a hangover. Called the Vallarta, it was on the verge of extinction when Sando found it, but it had a dense, fudgy texture and gave a good broth. “Steve had taken something that used to be just a dried bean and raised it to a new level, where the flavor was really intense and it cooked so much more consistently,” Keller said. Within a month, it was a staple of the French Laundry. Within a year, every chef in California seemed to be serving beans.

Though the post received nearly 1,000 likes and some positive feedback, it quickly garnered dozens of critical comments from people who were taken aback by Schlosser’s generalizations and sense of ownership over Japanese cuisine. Some claimed Schlosser appropriated Japanese culture and failed to acknowledge Los Angeles’s Japanese restaurants and confectionaries, like Fugetsu-Do in Little Tokyo and Sakura-ya in Gardena, which have produced and sold sakura mochi for generations. Members of the Japanese-American community shared with Eater LA that they found Schlosser’s caption untrue and hurtful because it simultaneously erased countless cooks’ and chefs’ efforts while also blaming them for not upholding Schlosser’s perception of the cuisine and its authenticity markers. Schlosser’s race and his standing with the Japanese consulate and the Japanese American Cultural & Community Center, along with recent acts of violence directed at AAPI communities and the long history of Asian discrimination in the U.S., further complicated the dialogue around his Instagram post.

In a 2020 paper for the research studio Bakersfield, Emma Kemp, professor at the Otis College of Art and Design, likens CloudKitchens-affiliated brands like Send Noods and $ushi $nob—a Tumblr-esque concept I also spotted on the Future Foods carousel, created by self-described “WoRld FaMoUs DeSiGnEr 2 ThE StArZ” Ryan Haskins—to “visual ciphers.” “In the 2020 ghost kitchen economy,” she explained, “design is the product. The specifics of a menu, the integrity of the cuisine—both, ultimately, are of little concern. The branding signals only to itself, to a mood, an energy, a current, an idea of an experience.” 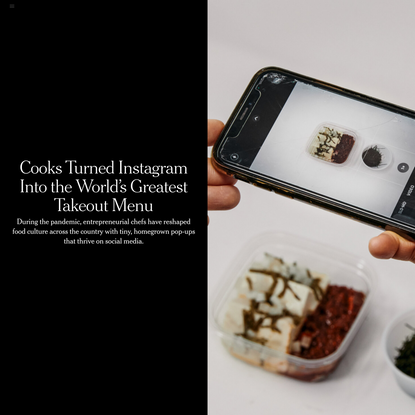 For Wine Enthusiast, John deBary rips into the “Save restaurants” rhetoric that has become a common refrain in the pandemic era, pushing back against the sentiment that buying gift cards and ordering takeout are civic duties. “We could have given restaurants tax breaks or rent relief. We could have paid restaurants to pay their workers to stay home. We could have socialized healthcare. There are so many things we, as the richest nation on earth, could have done besides telling people it’s their fault if their favorite taco shop goes under.”

When you go to as many pop-ups as I do, you quickly come to realize that enjoying them means throwing yourself through endless hoops, all in the name of finally getting to buy a thing. You swim into the riptide of minute-long ordering windows and contact chefs via Google forms and direct messages. Then you hope you’re waiting in the right line in some random place, dropping everything in order to pick something up when someone else tells you to. You embrace chaos.

I can’t count the number of times I’ve persuaded friends and family to come with me somewhere nondescript to pick something up, only for us to get lost and argue because none of us knows where exactly we’re supposed to be going. Is it that school parking lot? That apartment building? That cafe that looks like it’s been under construction for ten years? On rare occasions, I have to assure my compatriot that, no, this isn’t some setup where we’re going to get murdered — but I don’t really know that myself. Maybe we’re walking into a trap, and my tombstone will read, “I was told there would be focaccia.”

“Pop-ups” are a broad category of ad hoc restaurant, including tasting menus hosted by rogue chefs, as well as tamale and taco vendors who set up folding tables outside of car dealerships. In the early 2000s, the term was mostly used to refer to the trend of high-end fashion houses like Commes des Garçons opening “guerilla stores” in places like Berlin and Los Angeles in order to generate hype. But now, the popular understanding of the pop-up has flipped to one where up-and-coming cooks without the means or opportunity to open restaurants are able to scratch together a living on the grey market. One can see why this would be an especially resonant concept in the pricey Bay Area, even before the mass layoffs we’ve seen during the pandemic era.

2020 saw a steep increase in “DM food,” a term that I first heard uttered by L.A. Taco editor Javier Cabral. All over Instagram and Facebook, pop-up vendors hawk tiered cakes, garlic noodles, quesabirria tacos, barbecue plates and more available via direct message and texting by phone. When Charles Chen started Basuku, his Basque cheesecake business, he conducted all of his sales via Instagram direct messages; so did Moni Frailing, the co-founder of Bread Spread Pickle. Responding to all the missives quickly became a full-time job in itself.

For me, getting the details straight on how to order what and when adds another layer of complication to the task of getting food — I often find myself practically begging to be allowed to just buy whatever pastry box is on offer, and then I wonder how I’m going to explain processes like this to my readers. Some readers have shown me the complicated calendar events and alarms that they set each week to remind themselves of when they can try ordering the cheesecakes, pizzas and desserts that have limited ordering windows. Picking up food takes on the air of a precious chance occurence, like whale watching.

I wouldn’t blame anyone for just wanting to stick with brick-and-mortar restaurants for their reliability. For the most part, a restaurant will always keep its promises; you don’t have to keep checking its Instagram to make sure you have this week’s pickup address right.

But even with the risks, you can’t fully grasp the Bay Area food scene without reckoning with its vibrant pop-up culture. Some pop-up chefs are even planning to remain mobile for the long-term, done with the stress of a brick-and-mortar.

As the list above shows, some of the most exciting and novel experiments in food are happening at pop-ups, which hold a similar thrill as other forms of ephemeral creativity — like underground concerts, performance art and, the most normie variant, flash mobs. People like me endure the busy phone lines, ridiculously long queues and slapped-together ordering forms because we’re looking for the specific excitement of experiencing something froth-like and fragile. Unconsciously, and perhaps foolishly, we who call June’s Pizza 20-plus times or more for a chance to buy a pie embrace Aeschylus’ ancient observations on suffering, explored in his Oresteia: that “there is advantage in the wisdom won from pain.”

Amidst a culture that privileges convenience and a “customer is always right” mentality, maybe the stark inconvenience of pop-ups means something more, too. Pop-up culture has the potential to rewire dominant ways of thinking about diners’ relationships to the people who make their food, away from the traditional and uneven servant-master dynamic, a more equitable reworking that workers in normal restaurants and cafes could benefit from as well. Not everything has to be easy or even comfortable. Sometimes that’s the fun part. 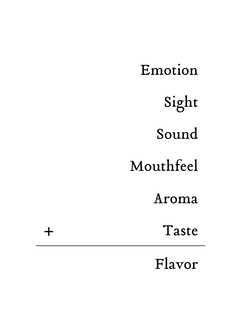 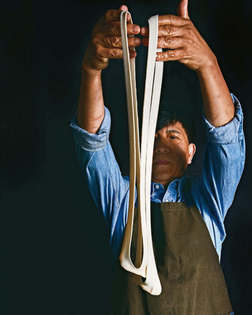 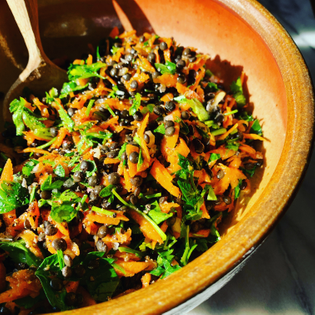 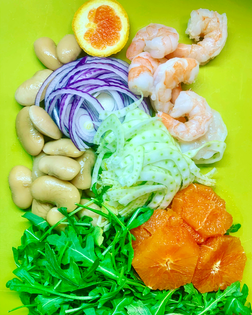 “In Italy and France, in particular, people celebrate the ingredients. But America is young. We have to make everything more exciting or more of a novelty. There’s this weird pressure to basically turn out restaurant food,” he says. “It’s exhausting.”