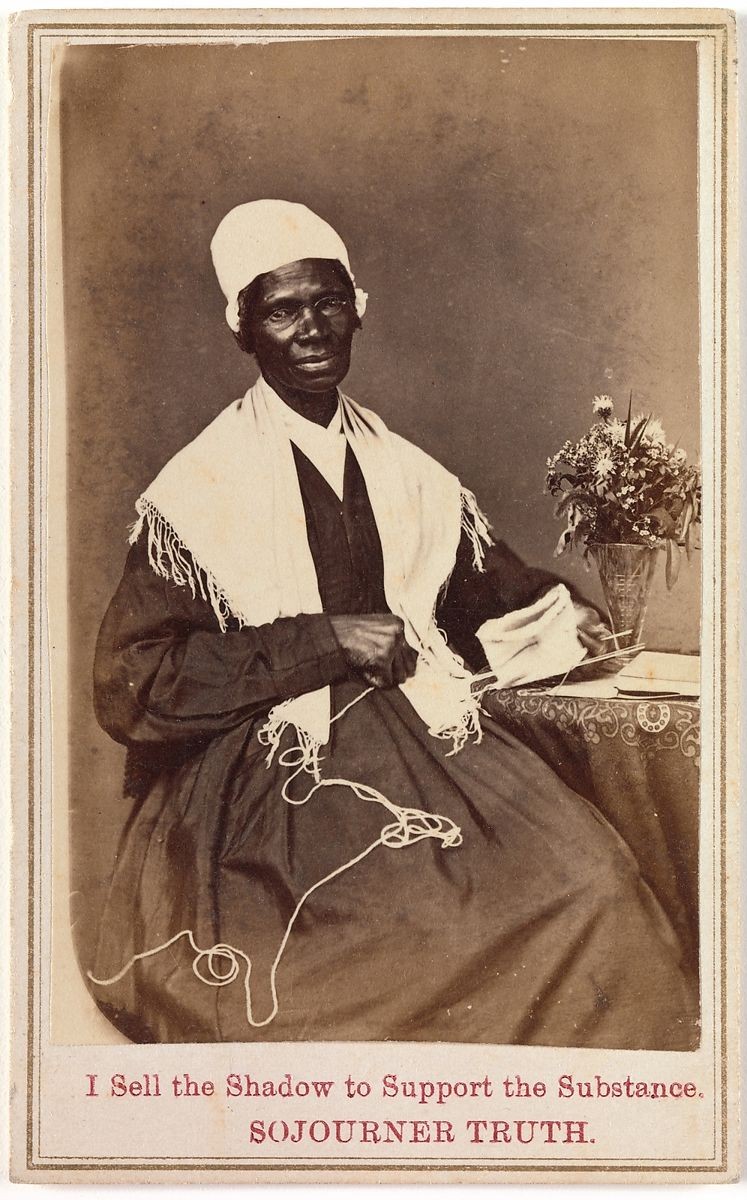 [Note to self: an image is a shadow.]

Sojourner Truth, I Sell the Shadow to Support the Substance (1864).

By owning control of her image, her “shadow,” Sojourner Truth could sell it. In so doing she became one of the era’s most progressive advocates for slaves and freedmen after Emancipation, for women’s suffrage, and for the medium of photography. At a human-rights convention, Sojourner Truth commented that she “used to be sold for other people’s benefit, but now she sold herself for her own.”

[I learned of this “I sell the shadow …” phrase from Pierre Bowins’s talk “Designing Emancipation” (2021).]