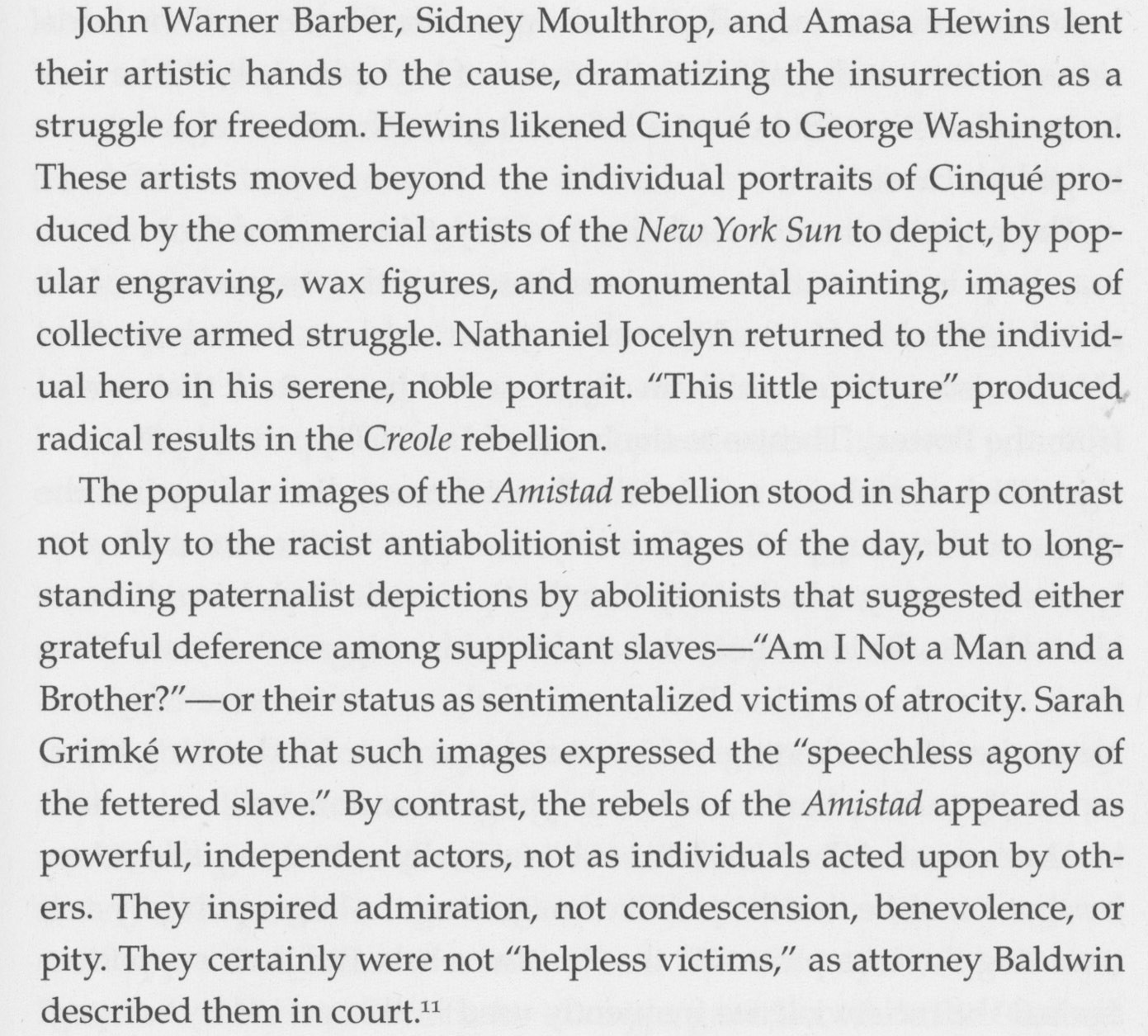 Throughout The Amistad Rebellion, Rediker chronicles and analyzes the propaganda depicting the revolt, capture, and trial of the rebels. On p. 230 he theorizes that their depictions in illustrations, plays, and journalism dissuaded the public from violent direct action in their case, and won them a great deal of public sympathy which helped in their fight for freedom.

He writes of Madison Washington visiting the abolitionist Robert Purvis’s home shortly after the latter had received the now-famous portrait of Cinque painted by Nathaniel Jocelyn. Purvis told Washington of the revolt and subsequent freedom won by the rebels. Washington, later captured and enslaved aboard the slave ship Creole, would recall the example set on the Amistad, organizing another rebellion, taking control of the ship, and sailing it to Nassau, where slavery had already been abolished. A seemingly direct example of an image inspiring direct action against slaveholders.