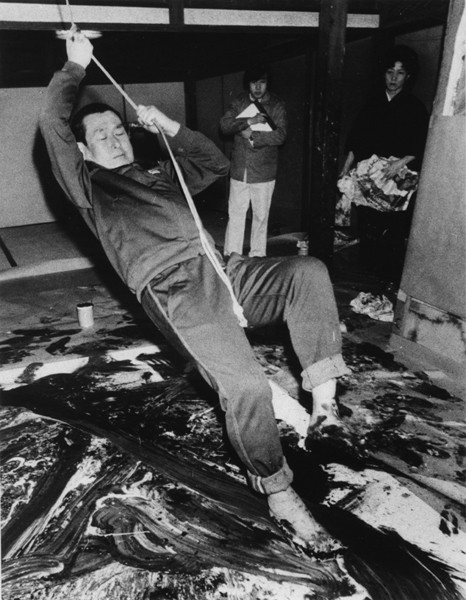 The first radical, post-war artistic group in Japan. It was founded in 1954 by the painter Jiro Yoshihara in response to the reactionary artistic context of the time. This influential group was involved in large-scale multimedia environments, performances, and theatrical events and emphasizes the relationship between body and matter in pursuit of originality.