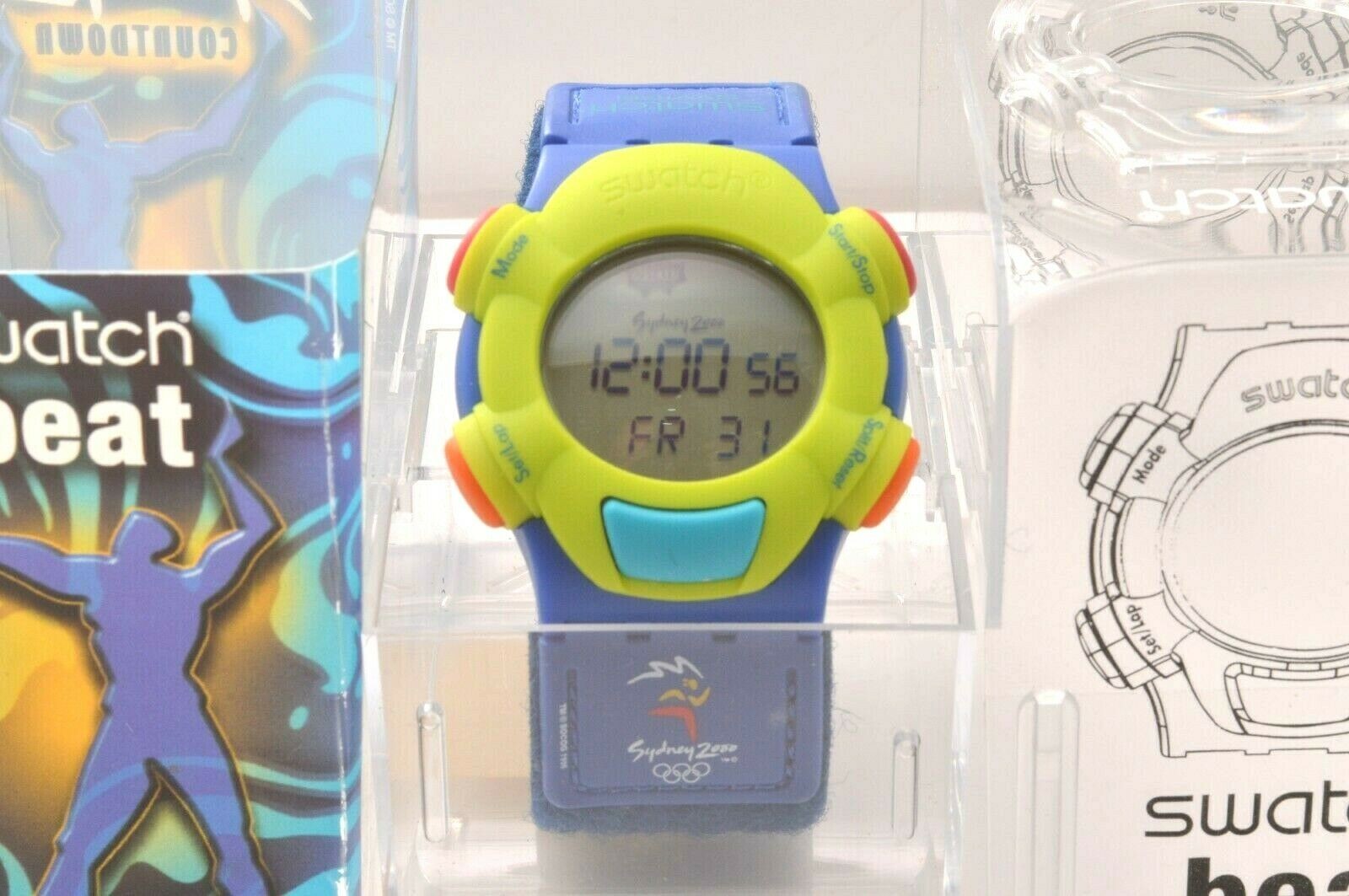 There's this weird affinity between Swatch and the Olympics. I wonder if they had a contract for about a decade in the 1990s and 2000s to produce Swatches for the Olympics every 4 years. This wouldn't surprise me because they're both based in Switzerland and so partnering would be advancing a mutual national interest.

Their "worldwide internet time" and the Olympics seem like they actually have a lot in common— both nominally address the "whole world" but in reality prioritize the narrow interests of a small group of people who run corporations that stand to make an enormous profit at the expense of many people (think of how during the Olympics, developers displace thousands of people in a city, shallowly develop the area in an unsustainable way, then abruptly leave again). The Swatch .beat proposed a similarly selfish realignment: to change the entire axis of time to revolve around their company in Switzerland, and to reprogram every country in the world to operate on a system of time that they owned in its entirety.

** A side note is that both Swatch and the Olympics, especially during this timeframe visually embody a kind of "corniness" in their graphics: bright colors, cartoons, early usage of computer graphics, etc. Maybe this is just the time period, but I think it reflects something bigger about how they want to soften their image and present themselves solid and trustworthy yet also benign.