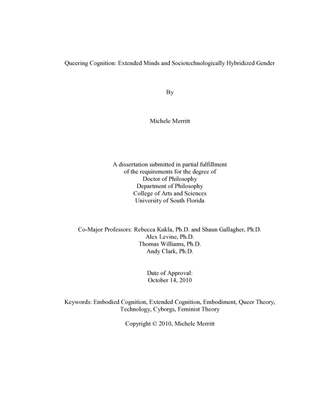 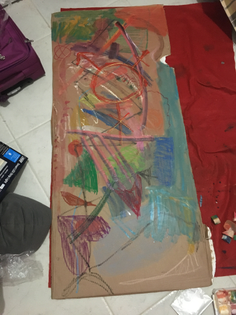 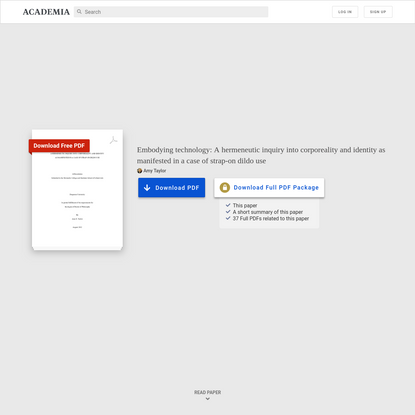 Bữa Ăn Tiếng Việt, Vietnamese Speaking Dinner, came to life as a monthly occurrence, and quickly became a safe haven for the queer trans community in the Bay area1. One day, twenty trans and queer folks came to dinner at one organizer’s2 house and talked about the language for discussing queerness and sexuality in Vietnamese. There are some words, but not for all. Đồng tính luyến ái: love between same sexed people, a transliteral phrase from Han Chinese, which still defines the world as a binary of yin-yang, men-women, male-female. Which is meant to say, non-binary does not translate. Non-binary: bất nhị phân, computer language, numbered, cold, exacted. Or Queer: kì dị, quái đản, a strange thing. 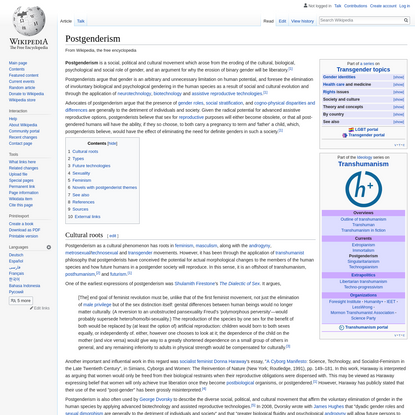 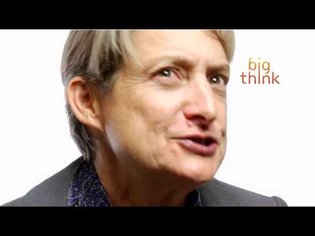 Your Behavior Creates Your Gender

JUDITH BUTLER is influenced by Lacanian psychoanalysis, phenomenology (Edmund Husserl, Maurice Merleau-Ponty, George Herbert Mead, etc.), structural anthropologists (Claude Levì-Strauss, Victor Turner, Clifford Geertz, etc.) and speech-act theory (particularly the work of John Searle) in her understanding of the "performativity" of our identities. All of these theories explore the ways that social reality is not a given but is continually created as an illusion "through language, gesture, and all manner of symbolic social sign" ("Performative" 270). A good example in speech-act theory is what John Searle terms illocutionary speech acts, those speech acts that actually do something rather than merely represent something. The classic example is the "I pronounce you man and wife" of the marriage ceremony. In making that statement, a person of authority changes the status of a couple within an intersubjective community; those words actively change the existence of that couple by establishing a new marital reality: the words do what they say. As Butler explains, "Within speech act theory, a performative is that discursive practice that enacts or produces that which it names" (Bodies 13). A speech act can produce that which it names, however, only by reference to the law (or the accepted norm, code, or contract), which is cited or repeated (and thus performed) in the pronouncement. 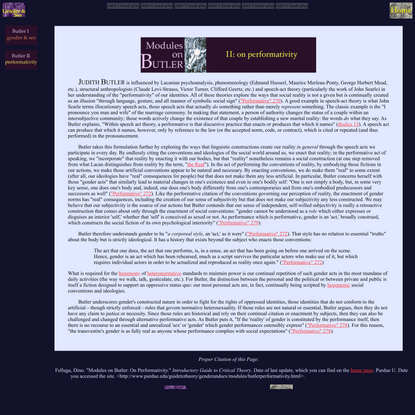 Introduction to Judith Butler: On Perfo… 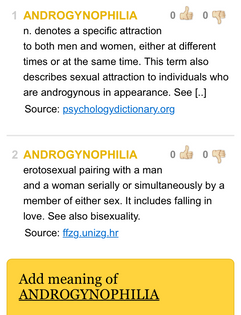 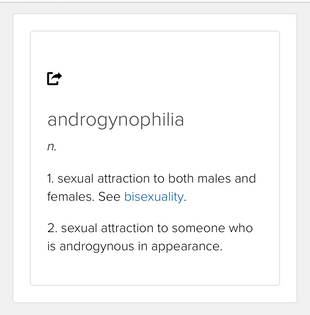