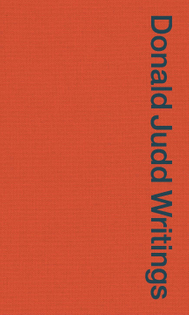 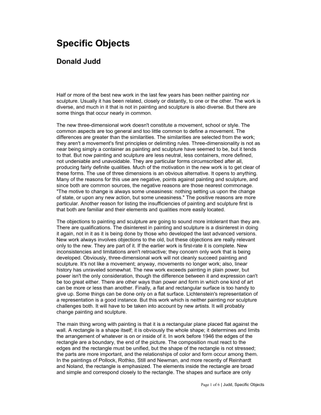 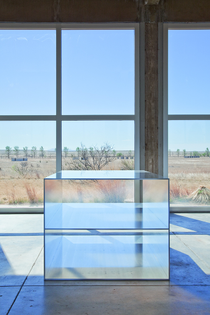 ''We see parts of each other and we put them together. But if I want to see you in totality, you need to move away; we need space between us. Across the street I can see all of you at once, but then I also see this huge vista of space surrounding you, coming in and compressing you.''

This thought has never left me. And through it I began to see that rather than thinking about sculpture, one might be able to learn to think sculpturally.

The configuration and the scale of art cannot be transposed into furniture
and architecture. The intent of art is different from that of the latter, which must be functional.
If a chair or a building is not functional, if it appears to be only art, it is ridiculous. The art of a
chair is not its resemblance to art, but is partly its reasonableness, usefulness and scale as a
chair. These are proportion, which is visible reasonableness. The art in art is partly the assertion
of someone’s interest regardless of other considerations. A work of art exists as itself; a chair
exists as a chair itself. And the idea of a chair isn’t a chair. Due to the inability of art to become
furniture, I didn’t try again for several years. 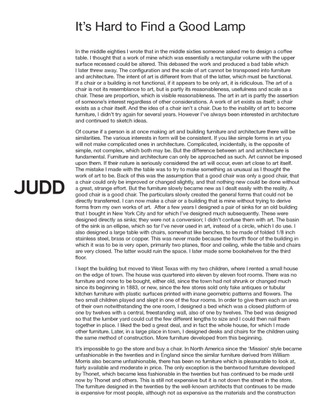 > The prevailing notion of style comes from the European tradition, where it is supposed to be a variations within a general appearance, which a number of artists, a "school", supposedly even a period, may share. (Actually things weren't that simple then, either.) Obviously, abstract expressionism wasn't a style. It certainly had a few common characteristics, especially the shallow and frontal depth and the relatively single scheme, a field or simple forms, but these certainly did not have a common appearance. The artists were responsible for eventually making it all look pretty much alike, but the writing about it, which failed to differentiate it sufficiently, helped this along. 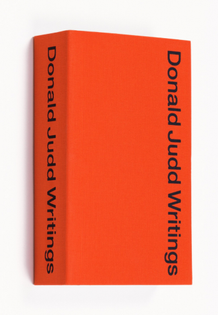