28 Followers
This channel appears in
journal process , mind, and main_mesh

For the past few months, I have been working many hours a day on the italic version of a sans I began 10 years ago. To compare, I revisited the upright version just now to find my eyes had gotten so accustomed to the italic slant, that the upright now looked back-slanted in a bizarre way.  This has happened to me several times before but it had always corrected itself quite quickly. I have always been the type of designer to trust my eyes more than grid lines or arithmetic so this presents a problem.  How do I know when I am seeing "normal" again?  Does this distorted slant-o-vision worsen with age? I would be curious to hear from both young and old of their experience with this phenomenon.

Crooked man on a crooked path

Two monks were arguing about a flag. One said: "The flag is moving."

The other said: "The wind is moving."

The sixth patriarch happened to be passing by. He told them: "Not the wind, not the flag; mind is moving."

Seas invite in the evening sun
To light the somber abyss.
Clouds dance up with the heavens' stars,
Chanting an air of joyous bliss
Water fades back from blue to jade,
Guiding young rainbows high.
Flowers bloom into reds and whites,
Quenching our hearts as they run dry.
Angels chained by a beast locked in slumber.
Sin washed away by the swift flow of time.
I may know the answers.
Journeys over snow and sand.
What twist in fate has brought us
To tread upon this land?
Blessed by light and the burden of shadows.
Souls abide to an endless desire.
I may know the answers,
Though one question I still hear.
What twist in fate has brought us
To roads that run so near?
Distant worlds together.
Miracles from realms beyond.
The life-light burns inside me
To sing to you this song;
To sing with you this song;
To sing to you your... song. 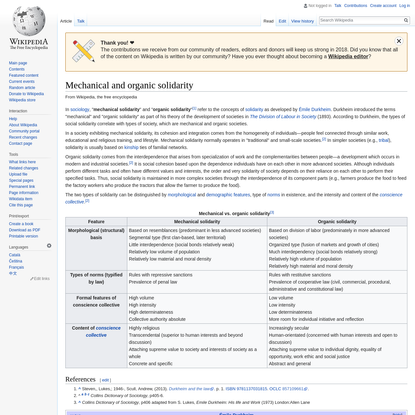 RK: I have a process of diagramming momentary thought patterns in my notebook and then forgetting them. The act of getting down the arrangements is more important to me than the use value they are meant to have. I feel very apathetic toward archives and systems, for the reason I just described. When it comes to software, I'm more invested in the approach than in any sense of finality.

RK: My foundations are in music and video, so once I understand how the basic actions of a program can allow me to develop a sequence, I'm into it. At the same time, I'm struck by how arbitrary and slightly desperate it feels when a software program is trying to empower you. The operations are so removed from the creation. I find this motivating and truthful. I usually learn the software just well enough to see how the thing can begin to take form, but not so well that I forget to let the form break down. I guess I've been developing an aesthetic out of the inevitability of discarding a given construct.

CK: Watching you demo your in-progress Mac OS Application, Family Maker, really moved me. The juxtaposition of the too-familiar Apple UX patterns with such emotionally vulnerable content was jarring. Has building Family Maker been a therapeutic or anxiety-inducing experience? Have you learned anything new about family structures and relations by building and playing with Family Maker? Have you shared it with your family and if so, how did they react?

RK: Thank you. I have no conscious intention of moving anyone, but I'm glad that I did. I was trying to think about why, and realized that I indirectly revealed personal things to you without offering specifics. Maybe that is obvious to anyone who sees a screenshot of the program, but it wasn't clear to me until now. Family Maker is a Mac application about my family, but it's objectively just a working idea of a family, populated by windows, albeit with names like Ego and Trauma that can't help but prompt association-making. The names had to be big because the UI elements inside the windows are working on pixel scale. Maybe the work seems personal because I outlined the shapes, but didn't fill them with details. Maybe you reflexively filled in a vivid backstory, drawing on your own memory. That is what I would like this work to do for people.

The process of building the work is more therapeutic than the work itself. I have to triangulate these themes through a medium that is drained of affect, like Mac windows, because they are hard for me to look at directly. There is so much gray in the Mac interface. I also love wearing gray clothes, and I recently saw an article about how gray has been appearing in fashion as a reaction to uncertain times. I think I'm going for increasingly cold and technical formats in my recent work because I want to express deeper feelings than before, when the works were closer to resembling extended tantrums. It's by playing and unfolding against such unfeeling structures that the feelings begin to approach their real intensity.

Because the tool I'm using to build Family Maker is a runtime editor, meaning that I build the application as I use it, I've experienced it as a way of diagramming family dynamics while also tentatively playing them out. I have to be careful not to accidentally write an infinite loop or delete a line of code, because this breaks the application and there's no undo. It's not unlike how I approach my family, which can feel like a tightly coiled routine. Where it becomes meaningful for me is when the program feeds back an unexpected order of events. I script the behaviors as I go along, and don't think as much about the entire network. So when I name a window Love, I immediately think to connect it to Mother. But Mother becomes connected to Guilt, which Son can affect through Control. When Son exerts too much Control, Mother will go away, leaving Guilt behind, and Love has also changed. I keep layering these simple mechanics, and because they are so limited, I can only read the outcome in a poetic way. I don't learn anything from it, because the knowledge is emergent and not secure. It's always being made. Anyway, I doubt I can share this with my family.

CK: You work remotely as a technical writer and much of your practice involves working on a laptop. Do you long for physical workspace or do you prefer having a mobile studio? What is fascinating about the office to you?

RK: I do have a physical workspace. It takes up a corner of a coworking facility, and I go there with my laptop. I like having a dedicated space, but there is a pallor of authenticity in coworking that I will never live up to. Everyone there has chosen specifically to cowork for a particular intersection of their own reasons. I don't know what my reasons are. I don't think of it as an office, because to me an office has a copier and typing sounds and a carpet. In the coworking space, I can hear a 3D printer and the crickets that my neighbor has been farming.

I guess I like offices because the alienation is built in. I know that they are traumatic spaces. I've had office jobs where all kinds of psychic violence was being conducted over Outlook chimes. But I'm comforted that everyone in an office knows they are performing, and that our own selves are kept somewhere else.

He says his taste buds have always fluctuated in sensitivity, so he often eats a Big Mac without being able to taste it. [...] He claims that since he ate his first Big Mac, there have only been eight separate days in which he did not eat a single Big Mac. One of these days was the day his mother died, and he did not eat a Big Mac to respect her request.