Sign up or Log in
Are.na
Eva Árnadóttir
we can't be just nature or just techno
Info
—
2 Followers
Slow Web
by Morgan Sutherland
211 blocks • 2 days ago
7

Late at night, around 6am while falling asleep after twenty hours at the keyboard, the sensitive technologist can sometimes hear those 35 million web pages, 300 thousand hosts, and 90 million users shouting ‘pay attention to me!’

every single are.na channel related to having a healthy and non-obsessive rel...
by Emanuel F
45 blocks • 1 day ago

"Highways, webs, clouds, matrices, frontiers, railroads, tidal waves, libraries, shopping malls, and village squares are all examples of metaphors that have been used in discussions of the Internet." 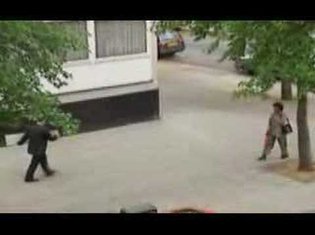 Many attempts of contemporary philosophers to reduce ‘mind’ to
‘body’ notwithstanding, where the ‘body’ is understood in the
Cartesian framework, the continental philosophers in general
repeatedly remind us that body has a significance that goes beyond its
materiality as a bio-chemical physical substance. In “questioning body,” we
wish to take up the philosophical underpinnings of the significance of body as
a framework or tool to understand ‘technology’. In the process, the paper
attempts to show how a “sense of body” evolves hermeneutically.
It is otiose to state that technology is the most visible thread by which
the modern societies are connected with each other in their economic and
other socio-cultural spheres. However, a philosophical take on technology
inevitably leads us to probe our own ‘body’. The link between ‘technology’ and
‘body’ is more obvious than any philosophical arguments that purport to
establish the ‘truth’ of ‘individualism’ against ‘holism’ as an ontological
statement about society—‘society’ as a conglomeration of individual ‘bodies.’
Rather, as Fortunati et al. point out, .” . . [T]he body is increasingly running the
risk of becoming an appendix to the machine, despite there being, as Nietzsche
wrote . . . more reason in the body than in our best wisdom.” Those who
apprehend this possibility argue that, technology has become an end in itself
rather than a mere means for human ends. As an end in itself, technology has
succeeded in “invading the body.” Thus, Fortunanti et al. remarks:

The human body is undergoing the same processes today
that nature once underwent. In fact, whereas initially
technology turned to nature, today it has become very
interested in the human body . . . Communication
technologies have extended the boundaries of the body,
increasing the capacity to transmit information.
Technology has progressively grown closer to our bodies,
approaching through first clothing, then synthetic
clothing fibers, and finally “smart fabrics,” wearable
computers, and communicative machines embedded . . .
into the body.

With the advent of the Cyborg, the technological invasion of body is
complete!

Questioning the Body: From Technology t…

These algorithmic regimes generate, track and accumulate such a mass of data that is already referred to as the ‘digital twin’ of Earth.

He proposes that different genres of planetary scale computation-smart grids, cloud platforms, mobile apps, smart cities, the Internet of Things, automation- can be seen not as so many species evolving on their own, but as forming a coherent whole: an accidental megastructure that is both a computational infrastructure and a new governing architecture.