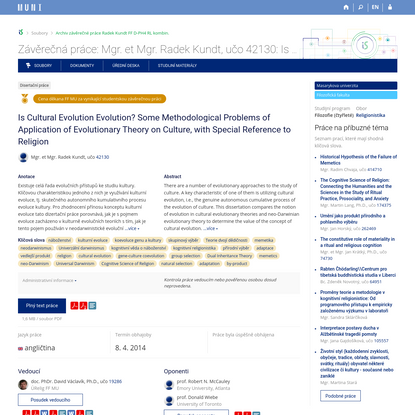 In a modern twist, much of this emergent ideology was prefigured in memes. While technophilic and post-scarcity politics aren’t exactly new, the spur of energy behind what has come to be known as “fully automated luxury communism” (FALC) has mutated from its context in leftist social media groups to a political programmatic that advocates have attempted to situate both in and against a long lineage of utopian socialism. Championed by the likes of Novara Media founder Aaron Bastani, #Accelerate Manifesto authors Nick Srnicek and Alex Williams, and economist Paul Mason, a productivist, post-scarcity future undergirded by automation, a universal basic income, renewable energy and the reduction of the working day is not only posed as necessary, but as the only means forward for worker movements around the globe. In juxtaposition to the utopian socialisms of the past–Charles Fourier’s invocation of lemonade oceans and B.F. Skinner’s pedagogy-as-politics–Bastani instead writes that his treatise Fully Automated Luxury Communism is “not a manifesto for the starry-eyed poets'' but rather a book “about a present that goes unacknowledged.”[23]

The General Intellect and its Disconten…

the internet may well confirm the Adornian proclamation that the culture industry grants us the freedom to choose what is perpetually the same through the data economy: culture is seemingly more monolithic than ever online, and the choke-hold that giant corporations like Facebook, Google and Twitter have on the web is not the only way in which this pronouncement manifests itself. Clickbait culture, which promotes Top 10 lists and supposedly trust-worthy headlines like ‘You’ll never believe…’ or ‘This … will blow your mind!’, is based on equating value with popularity rather than anything else. Similarly, search engines are inherently value-laden, asking us, ‘Did you mean … ?’ when we try to search for something out of the ordinary, and promoting web-pages based on a profile of the user, the page-rank and a whole host of other elements unbeknownst to the user through opaque algorithms, rather than the relevant search criteria alone. What agency can the left utilise today in opposing such a hulking infrastructure, then?

The left, says Watson, needs to compose the fragmented representations of reality found in the likes of memes, Youtube, Instagram, Netflix, etc. and to make from such a composition of the past and future a reformulated economic reality. In other words, the left is already equipped with all it needs to disseminate its politics to the wider world; we just need to seize the memes.

Adorno provides direction for memes in the guise of artistic abstraction; Benjamin through the constellation of (digital) objects by which one can understand our current standing; Horkheimer via a rethreading of philosophising the (online) Other; Marcuse’s alliance with the student movements of the 60’s supplies an actual meatspace vision for a counterculture that the Left can tap into today.

On Wednesday, May 22, 1985, Maurizio opened the wardrobe in their Milan penthouse and packed a small suitcase. He told Patrizia he was going to Florence for a few days, said goodbye to her, and kissed the girls, Alessandra, nine, and little Allegra, four. They spoke the next day by phone; nothing seemed to be out of the ordinary.

The next afternoon, a doctor who was a close friend and confidant of Maurizio stopped by to tell Patrizia that Maurizio wasn't coming back for the weekend-if ever. Patrizia was stunned. The doctor offered some consoling words and the bottle of Valium he had tucked in his little black bag. She promptly sent the doctor and his bag packing. Patrizia knew that she and Maurizio had grown apart, but she never imagined that he would leave her and his children. A few days later, Patrizia's good friend Susy invited her over to lunch to deliver another message from Mauriztio.

"Patrizia, Maurizio isn't coming back home," Susy said. "He wants you to prepare a couple of bags with his clothing and he will send a driver to pick His decision is final."

In July, Maurizio called and arranged to see the children on weekends. In September, he came home and asked Patrizia to accompany him to a polo match Gucci had sponsored and to present the winner's cup. During the week he was home, they finally had a chance to talk about their relationship. He invited her for dinner at Santa Lucia, the cozy trattoria where he had courted her. "I need my freedom! Freedom! Freedom!" he explained. "Don't you understand? First I had my father, who told me what to do, now I have you. I have never been free in all my life! I didn't enjoy my youth and now I want to do what I want to do." Patrizia sat speechless as her pizza grew cold. Maurizio explained that he wasn't leaving her for another woman, but because he felt "castrated" by her relentless criticism and bossiness.

"What is this freedom you want?" she finally replied. "To go rafting in the Grand Canyon, to buy a red Ferrari? You can do those things if you want to anyway! Your family is your freedom!"

Patrizia couldn't understand why Maurizio wanted freedom to come home at three o'clock in the morning when he was the kind of man who usu ally fell asleep at 11 P.M. in front of the television. She suspected he had been seduced by his own growing importance in the luxury goods business and by the respect given him by his new lieutenants in the office.

"My intelligence disturbed him," she said later, "he wanted to be number one and thought he had found the people who were going to make him num ber one!"

"Do what you must do," Patrizia finally told him coldly. "But don't forget you have obligations to me and to the children." Cold and impassive on the outside, inside, Patrizia felt her world falling apart.

"Maurizio became unstable... arrogant and unpleasant," Patrizia recalled. "He stopped coming home for lunch, weekends he went off with his 'geniuses.' He gained weight and dressed badly. He surrounded himself with unsubstantial people. Pilone was the first. Bit by bit he changed my realized it when Maurizio stopped telling me things, his tone grew detached.. We spoke less. We grew cold and impassive with each other," she said.

De Sole and Pilone replaced Patrizia as his trusted advisors and she deeply resented them. Driven by her own ambition, she envisioned herself as the strong woman behind the weak man-but then suddenly found herself on the sidelines.

"Patrizia really beat him up," recalled De Sole. "She set him up against his uncle, his cousins, or anybody else she didn't feel was treating him properly. At Gucci events she would say things like, 'I didn't get offered champagne first, that means they don't respect you!" "She became a real nuisance," agreed Pilone. "She was an ambitious woman and she wanted a role in the company. I told her to stay out, 'no wives allowed, and she hated me for it."

Patrizia persuaded Maurizio to let her design a line of gold jewelry for Gucci called Orocrocodillo. The line featured chunky, stand-alone pieces imprinted with a crocodile-skin pattern and encrusted with precious stones. Patrizia hoped that Orocrocodillo would become for Gucci what the three gold bands of the rolling ring were for Cartier-a signature product that identified the brand. Sold in the Gucci stores, Orocrocodillo was impossibly expensive, some pieces cost as much as twenty-nine million lire (more than $15,000 depending on the exchange rate) each-yet looked like flashy costume jewelry. Gucci's salespeople just shook their heads, slid the jewelry away in the display cases, and wondered who would ever buy it. 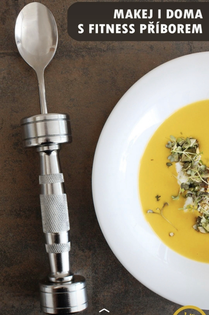 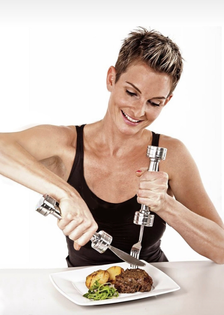 According to the philosopher Byung-Chul Han, "[t]oday, we do not deem ourselves subjugated subjects, but rather projects: always refashioning and reinventing ourselves".

Young people nowadays welcome personal advertising as a way of earning money by becoming influencers. A recent study shows that for children in the UK between 11 and 16, social media influencer was the second most popular pro fession. It's no surprise that in our current media environment, young people aspire to be famous and wealthy, even if that means selling out. The constant pressure of advertising messages is like a mandatory form of commercial entertainment that we have to endure to keep a high standard of living.

All of which makes notable just how flagrantly Sheeran insists on the character he’s perceived to be: unsmooth, unpolished, unfunky. That great groaner, “The club isn’t the best place to find a lover, so the bar is where I go,” from “Shape of You,” is a typical bit of posturing—he’s a creature of the pub, not of bottle service, even if elements of his music might indicate otherwise. His projected image of himself as sweet refusenik against pop culture’s superficiality really never breaks. “I’m all for people following their dreams / Just re-remember life is more than fittin’ in your jeans,” he sings on Divide’s “What Do I Know?” On “Eraser,” a song about resisting fame’s temptations, he again mentions legwear, boasting of playing a stadium with “my beaten small guitar, wearing the same old jeans.” Shlumpiness is thus portrayed not as laziness, but a kind of purity and trueness.