to navigate as asian-american

1 Follower
This channel appears in
towards betterment 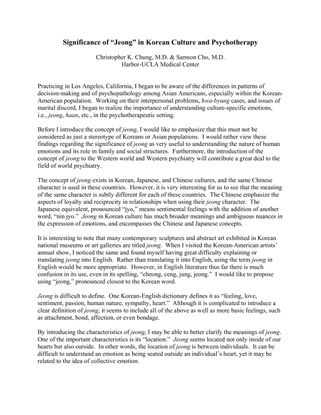 racism as a marriage of discrimination/privilege and power

"None of this should be about shame, it should be about being honest. Owning one’s privilege is an important facet for us to clarify all of this societal weirdness where we pretend we’re all equal and that all of us have the same opportunities when it’s simply not true."

after a plenty of death and rebirth
and pondering the effects professionally, socially, interpersonally, etc.,
I am slowly ridding of the name carolyn, and

I am softly reclaiming my true and given name, jungsuh.
to mean emotion, sentiment, and affection,

my parents somehow named me just as I was to be
or maybe it was I who grew into the embrace of its meaning.

What does it mean for your identity to be part American (e.g. Korean-American)

As a child, to be American was an idea sold as a sense of entitlement to pride.

But in my adulthood, to be part American only brings about feelings of shame. Because I have reckoned with (and still reckoning) what it truly means to and at what cost I have lived to be 'American', as someone who can only hold conditional citizenship at most. Living in America means to live in resistance daily, because my existence itself is considered not well or not right. What has living in this country given me (trauma) versus what it has taken from me (good love)? How am I meant to be proud when I have nothing to take pride in in this country?

As we (those in the zoom call) all grappled with the connections we carry to the signifier of Asian-American (first a political term), I believe we all heard the same, somber note playing over and over in the distance.

"Noguchi’s restraint, his insistence on privacy, captivated me. This apparent coolness had much to do with his feeling of homelessness and not-belonging, an obsession he said came from his mixed blood—his father was Japanese, his mother American—and an internal conflict between East and West.

In the first paragraph of Noguchi’s own memoir, A Sculptor’s World, he wrote, “With my double nationality and double upbringing, where was my home? Where my affections? Where my identity? Japan or America, both—or the world?” This conflict drove his art. “My longing for affiliation has been the source of my creativity,” he said. This longing drove his life, too. In 1941, for example, he voluntarily entered a Japanese internment camp to connect with the internees and to make their lives less bleak. In 1952 he married a Japanese movie star, Yoshiko Yamaguchi, and went to live in Kita Kamakura where he tried to maintain a traditional Japanese lifestyle—wearing Japanese clothes, sleeping on a Japanese bedroll, eating seated on the floor, and bathing in a Japanese soaking tub. When his wife tried to exchange Japanese straw sandals that made her feet bleed for a pair of plastic sandals, Noguchi threw her new sandals into a rice paddy.

In trying to resolve his conflicts and to find an identity, Noguchi sought a deep connection with the earth. In his last decade this meant fixating on stone, which he called our “fundament.” Working in stone, he said, was a dialogue between himself and the “primary matter of the universe.” Stone was permanent and trustworthy. Noguchi finally found intimacy by listening to stone, by carving basalt and granite. This intense search and the weight Noguchi gave it in his own life, made it possible to glimpse the artist who worked so hard to remain invisible. “Stone breathes with nature’s time cycle,” he wrote. “It begins before you and continues through you and goes on.”"

-- Finding Isamu Noguchi: The Search for the Elusive Sculptor 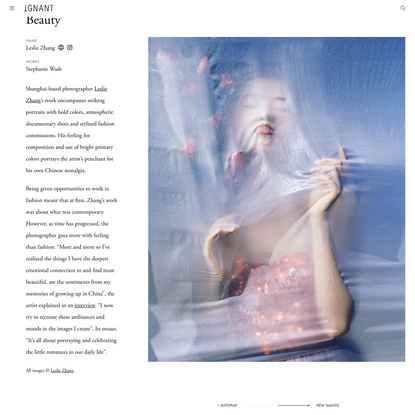 “Living in a female body, a black body, an aging body, a fat body, a body with mental illness is to awaken daily to a planet that expects a certain set of apologies to already live on our tongues.

There’s a level of “not enough” or “too much” sewn into the strands of difference. Recent discoveries in the field of epigenetics have established how the traumas and resiliency of our ancestors are passed on to us molecularly. Being sorry is literally a lesson in our DNA...for so many of us sorry has become how we translate the word body.”

"Myung Mi Kim was the first poet who said I didn't need to sound like a white poet nor did I have to "translate" my experiences so that they sounded accessible to a white audience...Illegibility was a political act.

A friend and poet, Eugene Ostashevsky, said that "if you knock English enough, it becomes a door to another language." This is what Myung Mi Kim first taught me: to knock at English, using what I considered my ineloquence – my bilingualism."