"If you think you have a final purpose and you’re going to do everything to get to this purpose, that’s fine, but you’re also going to lose all the richness in exploratory behavior which is, “Well, maybe I don’t know what’s point B is, I don’t know where I’m going to, but it’s going to be so enriching to go through all the learning and see all the possible paths.”

So I think that socially, it’s important to demystify this idea that you have to have a true call and you have to have a purpose. You can have a purpose without a concrete goal to reach. Your purpose is to live and to discover and to learn, and that may change the idea you have of failure because if you are engaging in exploratory behavior, you may get to point B, but in the meantime, you’ll learn a lot of things and this is what has value, everything that we learned, that we explore and we discover. Maybe I didn’t get to point B, but I learned all other types of alternative paths, and in each fraction of the path that I stopped and learned something new is valuable in itself.

I think that’s something that the movie shows, maybe the purpose is that. Just being, just learning, just sharing, just exploring. And I think as you say, art it’s very prevalent. It is in science too. You have to be the big scientist and you have to make the big discovery and if you don’t, then everything was worthless. We do have to change this mindset because for most of us, it’s not going to be the case that we’re going to have this particular goal and we’re going to reach it and then we’re going live happy ever after. So, we better learn to understand the purpose in a different way. All the discoveries that you’re going to have throughout your everyday journey."

"O'Donohue: there is still, in the West of Ireland where I live, a sense of time, that there’s time for things, and that when God made time, he made plenty of it, and all the rest of it. And you see, I think that one of the huge difficulties in modern life is the way time has become the enemy.

Tippett: Time is a bully. We are captive to it.

O’Donohue: Totally, and I’d say seven out of every ten people who turn up in a doctor’s surgery are suffering from something stress-related. Now there are big psychological tomes written on stress, but for me, philosophically, stress is a perverted relationship to time, so that rather than being a subject of your own time, you have become its target and victim, and time has become routine. So at the end of the day, you probably haven’t had a true moment for yourself to relax in and to just be."

"...distress tolerance in psychotherapy. The capacity to accept the difficult emotions that often come with experiencing reality as it is—as opposed to living in delusions of how we wish it would be—requires a whole set of skills, not just one. Compassion (Strength), commitment (The Hermit), a knowing that the really hard feelings don't last (Wheel of Fortune), and so on.

Years ago when I learned the term distress tolerance, I remember how just knowing it was a thing that existed, that there was a skill that I could practice and learn to build tolerance for reality, changed my life. When I realized that I simply hadn’t developed the endurance to process certain emotional experiences, and therefore relied too heavily on coping strategies that created more suffering in the long run, I realized concurrently that I wasn't broken or irredeemable. That I was doing the best I could with what I knew (Justice)"

This is our inner discourse. We have to be two [...] the living one and the dying one.

Three Steps on the Ladder of Writing by…

"The Tao translates as 'the way' – or you could describe it as the flow of the universe. The idea is that with wisdom and self-acceptance, you will align to the laws of nature, to going along with rather than fighting against..In Taoism, every moment defines the meaning of life. You're not striving towards meaning, you are living it – right here, right now. There is no ultimate goal, purpose or need, nothing to strive for.

To live fully, you have to let go and just be."

"The Chinese name of the spirit is Shen, or 'heart-mind.' It includes your consciousness and your mind and presence.

And according to the Tao, practise and learning that comes from making mistakes is the route to self-awareness.

It says that when you learn to work with your emotions rather than fighting against them, you also cultivate your spirit and become wiser." 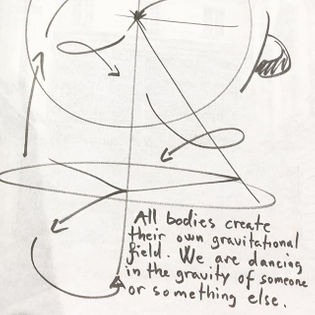 Understanding of the self only arises in relationship, in watching yourself in relationship to people, ideas, and things; to trees, the earth, and the world around you and within you. Relationship is the mirror in which the self is revealed. Without self knowledge there is no basis for right thought and action.