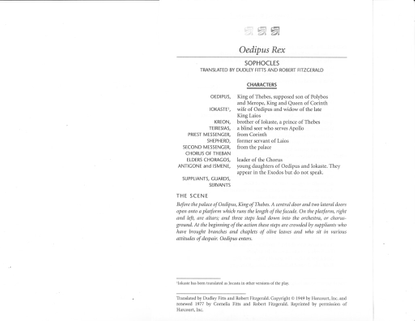 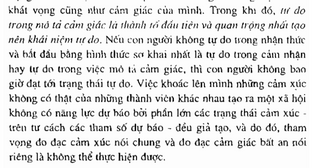 “Never try to convey your idea to the audience - it is a thankless and senseless task. Show them life, and they’ll find within themselves the means to assess and appreciate it.” ― Andrei Tarkovsky

As I look out the window to the field of education, through the purview of this article

I want to declare; I no longer have the capacity or any abilities to fix you. I do not and whatsoever have the wisdom of providing you knowledge the exact of what you need. I leave my responsibilities, and entrusted to you and only you to your struggles and willingness of rooting and deepen your values. I reflect upon myself that it is very ignorant, selfish, shameful, racist of me to try doing so- as an educator with the goal to only see you and give you accordingly to my favorable and subjective view of you. For every flaws you have, corresponds to every traits and deeds within you, and so I have no intention of educating you to only for the sake of improving, nor enriching. I must believe that in any type of relationships, the most primitive basic of it is the subconscious of exchanging through the nature act of sharing and communicating.
My role here is no more but merely a supporter, a guider, a provider, a helper, and a friend or anything in related but never a hero. For the idea of a hero itself is so deeply rooted to the idea of one individual, one radical effecting, the individuality is wrongly truth to the reality. As fictions and stories, unlike realities, are created with its very beginning based on one certain ending.

I don't believe that in every actions of our life, one must be meaningful in order to forward onto the next meaningful and fundamentally be the way of pursuing goals. I believe for how we spend our days is how we spend our lives, and for every actions does not need to be directly influence one another, they can be abrupt and sometimes random and unexpected. For in every second of thinking, we should not to aim for how can one be victorious or to the quest of a journey to the unknown and uncertainty, promising radical changes and transformations- something that will completely affects your entirely life, this concept is so concrete into our initial thinking yet itself is really distorted like the nature of unchanging reality is battling.
I opposed the term “ordinary life”. It is an idea that usually be portrayed through the Western media, that in order to confirm an extraordinary life, it must be introduced from an ordinary life. I support and but still skeptical the idea of tendering forms of lives, that there is no ordinary or extraordinary about anything, they profoundly exist in the course of life solely for the pleasure of its existence.

There is a call in me, to the concept of a space where unlike convention schools; neutralizing the relations between studiers/learners and educators for the sake of regional biased and favorable , and reforming cultural, historical, and individual sense of self into some cohesive norms in this colonial spaced;

I want to establish, contribute into building and supporting - providing an environment, a concept, a belief- of embracing the experiences between thinkers and guiders. In the ancient time, this has been physicalized successfully but it is the very colonizing society that have made these vanished and forgotten. They are the School of Athens; the Nyaya school, the Lyceum, the Academy, and much more yet to be discovered or founded.

a future life, meaning – a life that isn’t true yet. a life of better quality, of happiness and fulfillment.
a future life, meaning – a life different from the one we live today.
somewhere and somehow in the future, we’re already better people, living better life.
then, you ask, how do you want to live your future life? Or,
what’s your unfulfilled desire right now?
with time, maybe, maybe, maybe,
dreams turn into reality, sadness forgotten, joy trippled -
i don’t know,
maybe i'll just wait
it’s better off having a goal, so as to set a destination,
when the day ends, you can sleep tight, knowing well
you’re on the way
to a future, to a future, - definite, clear, ambitious.