learning at large. reorganizing this channel for better documentation and more clarity

The imagination is the goal of history. I see culture as an effort to literally realize our collective dreams.

I don't see the intimacy gradient designed into digital spaces because they're optimized for different purposes. They're optimized to get as many people on and if you look at the history of social networks, we used to call them social networks and now we call them social media. Because there's a business model tied to advertising that requires that people stay on the platform as long as possible, even when you're done with meaningful exchanges with the people you know and the sources you want to follow.

Big tech companies understand the commercial benefits they can derive from analyzing the data of groups while superficially protecting the data of individuals through mathematical techniques like differential privacy.

Which brings us to the second approach: a little-known 2016 French law called the Digital Republic Bill. The Digital Republic Bill is one of the few modern laws focused on automated decision making. The law currently applies only to administrative decisions taken by public-sector algorithmic systems. But it provides a sketch for what future laws could look like. It says that the source code behind such systems must be made available to the public. Anyone can request that code.

The need to find a “perfect plaintiff” who can prove harm in order to file a suit makes it very difficult to tackle the systemic issues that cause collective data harms.

Apple promises in one advertisement: “Right now, there is more private information on your phone than in your home. Your locations, your messages, your heart rate after a run. These are private things. And they should belong to you." Apple is reinforcing this individualist’s fallacy: by failing to mention that your phone stores more than just your personal data, the company obfuscates the fact that the really valuable data comes from your interactions with your service providers and others. The notion that your phone is the digital equivalent of your filing cabinet is a convenient illusion. Companies actually care little about your personal data; that is why they can pretend to lock it in a box. The value lies in the inferences drawn from your interactions, which are also stored on your phone—but that data does not belong to you.

Clear Transparency
The focus should be on public scrutiny of automated decision making and the types of transparency that lead to accountability. This includes revealing the existence of algorithms, their purpose, and the training data behind them, as well as their impacts—whether they have led to disparate outcomes, and on which groups if so.

Public participation
The public has a fundamental right to call on those in power to justify their decisions. This “right to demand answers” should not be limited to consultative participation, where people are asked for their input and officials move on. It should include empowered participation, where public input is mandated prior to the rollout of high-risks algorithms in both the public and private sectors.

Sanctions
Finally, the power to sanction is key for these reforms to succeed and for accountability to be achieved. It should be mandatory to establish auditing requirements for data targeting, verification, and curation, to equip auditors with this baseline knowledge, and to empower oversight bodies to enforce sanctions, not only to remedy harm after the fact but to prevent it.

Because the issue has never been about not knowing; it is about a refusal to acknowledge genocidal, state-sanctioned racist violence in the United States, a refusal to recognize the existence of fascism in this country. This is not to say the violence is simply denied by the status quo. No, rather it is disavowed by the white propertied and political classes and displaced onto “ignorant” white racist workers.

We live in such a materialist, celebrity culture that we measure our “success” by class mobility, by wealth accumulation, and then we fall victim to a tired narrative that white folks destroyed “our” communities out of jealousy over of our success. While there is truth to this, and white looting is clear evidence, the “jealousy” is cultivated, nurtured in the ideology of white supremacy, usually in the guise of patriotism and nationalism, or in the capitalist replacement theory...

I know this is a long answer, but I’m simply making a plea that we think more deeply about the events of 100 years ago and their legacy — that we bear in mind that Black working-class lives matter, that we reject capitalist solutions to address the violence of racial capitalism and settler colonialism, that we never forget how this country came to be in the first place, and that we never forget what “Wall Street” signifies.

American liberty was built on slavery and dispossession because liberty was fundamentally about property rights. A mirror will not show us this, but an ‘X-ray’ will.

... perhaps the best way to deal with trauma besides therapy is to engage, think and struggle collectively. And this requires building a solidarity that is not based solely on seeing the world through personal experience and “affinity,” but to build political communities around/against the trauma inflicted on most of the world. Here I’m thinking of war, gender violence, imprisonment, the neoliberal terrorism of privatization, austerity and dispossession, often inflicted on the world by the U.S.

The problem lies with Western civilization’s very construction of the human. As Sylvia Wynter, Cedric Robinson, Frantz Fanon, Aimé Césaire, and others have been saying for decades, the “Negro” was an invention, a fiction — like that of the “Indian,” the “Oriental,” the “Mexican,” etc. Indeed, the entire structure of global white supremacy depends on such inventions, like the fictions of the Arab as non- or anti-Western and the “Immigrant” as essentially Latinx, or that Indigenous people (in North America at least) are all dead. I take it, this is what you mean when you talked about white folks needing us as a “problem.”

The modern world that invented the Negro, the Oriental, the Indian and the Savage as a means of inventing a biocentric understanding of the Human (European Man) was built on the theft of humans, theft of land and water, indiscriminate murder, violation of customary rights, moral economy, enclosure of the commons, destruction of the planet — outright lawlessness. And yet, as Sylvia Wynter, Alexander Weheliye, Saidiya Hartman, and Ariella Azoulay, among others, remind us, the creators and perpetrators of this violence were also the inventors of “rights” and citizenship.

Decolonization, however, requires the abolition of all forms of oppression and violence. It means disbanding the military/police, opening borders, opening the prisons, freeing the body from the constraints of inherited and imposed normativities of gender and sexuality. It means ending war entirely, and that means the end of America as we know it.

I got curious about PFAS and read "It can be found in non-stick cookware, fire retardants, stain and water repellents, some furniture, waterproof clothes, pizza boxes and take-out containers, food packaging, carpets and textiles, rubbers and plastics, electronics and some dental floss." Like why isnt this more known im terrified??

What if, instead of fighting for all bodies to be exploited for likes on Instagram, we simply redefined the contours of aspiration?

on the BDS movement 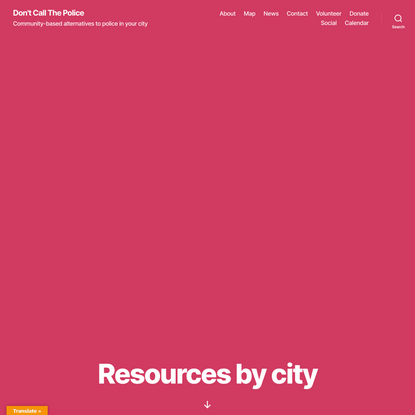 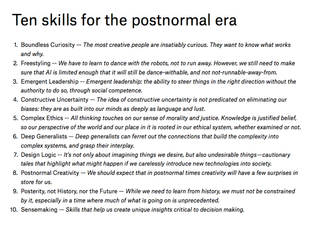