4 Followers
This channel appears in
Public dialogue on are.na
5 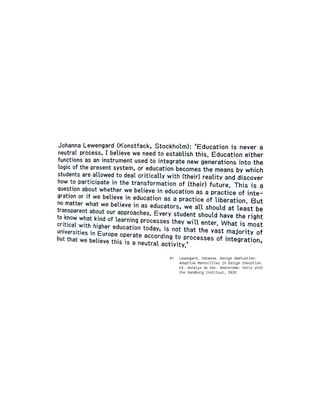 truth ≠ provability
some things are true because they are paradoxical / self referential ??

truth, observations
CJ Eller and Seán ⠀
by CJ Eller
21 blocks • about 1 month ago

what does it mean to be in good company?

One thing Mike Birbiglia says often that I like is that "you have to be a little delusional to make it as a comedian".

I find it really compelling as a maxim: if people think you're crazy for pursuing something with such low odds, it may be a sign that you're on the right track.

From a logical perspective though, it was a little confounding at first; how can you be delusional if you're right? But I think there's a way that it still works. If we use the popular (and imperfect) definition of knowledge as "true and justified belief", delusion can be said to be unjustified belief, regardless of truth value. So the good comedian in this scheme is delusional because they have no rational justification for believing in their likeliness of to success, but nonetheless they believe it, and it turns out to be true.

Now for the more contentious extension of this: a believer in God might be called "delusional" in this same sense, even if they happen to be right, because their belief isn't justified.

working on wording this better, is the bad and the evil necessary for a vibrant enough life

"Saving face may become necessary because people are trying on/out different faces without necessarily having an expectation of response. This is less about ‘crowd sourcing’ emotional support – seeking out the (emotional) wisdom of the crowd (Surowiecki, 2004) – than an investment in the idea of a faceless crowd allowing for certain ‘faces’ to be rehearsed, particularly in relation to still stigmatised feelings of depression and loneliness."