adding notes to descriptions so that the stuff i collect here sort of loosely fits what i appreciate at the moment and what i admire in people's work.

previously: refining some channels. learning to grow things with slowness: what do I appreciate about this work? what do i gravitate to? any methods, why's, how's.

this is a motto channel among others

26 Followers
This channel appears in
building and sustaining a creative practice , alternative ways of being, noahloui misc, Aaron Krishna, and traces 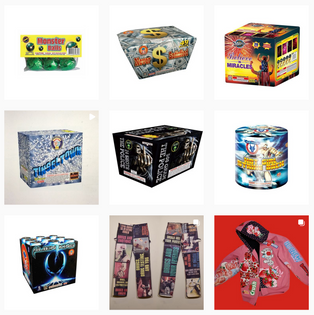 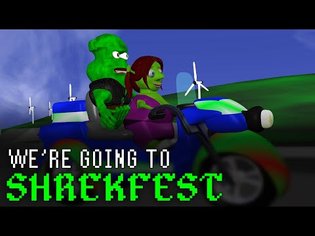 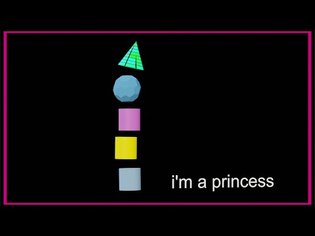 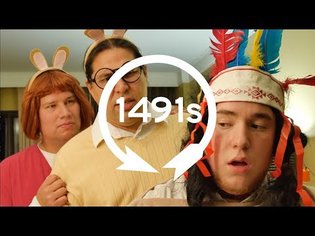 The Halloween Hell No 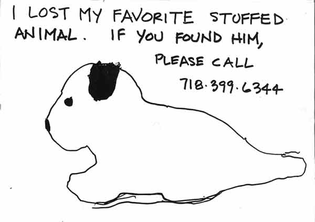 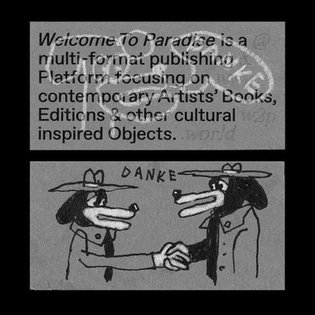 And what is mythos, if not narrative and epistemological frameworks for understanding the world?

loading whatever they are making with the invitation for the audience to step into a world where texts and graphic symbols operate under some hidden logic, and have greater power than in conventional reality.

Through offering both references to (perhaps multiple) systems of shared references and collective knowledge and one's own personal frameworks, poets create new worlds from this combination of different shared frameworks for interpreting reality and the poets own personal reality, worlds that the audience is able to semi-inhabit, and explore over time.

questions that are important to me for now:
How can we together weave a mythology where everyone is home?
How might I remember those who are afraid of being left behind? (cf.)

i am constantly shapeshifting, adapting, evolving

why
to love the world
to let your design be a confrontation—what you create will be commodified, will not be free: work within this system and connect your niche interests

what
silly and serious things
"hand-coded goods"
metacommentary/things that are self aware
evoking the unknowable: you are part of something larger, awe and wonder
vulnerability
replicable, accessible
striking, "scary" stuff
self guided ways of navigating information and making meaning

how
satire, dumb spoofs and jokes
shock, virality, memes
how to design so that the interaction between audience and object uncovers new insights that are personal? how can the interaction be a sieve?
blends print/digital experiences
using print/digital metaphors: hybridization
typographically: the language of errors and text editors
to be more open source, multiplatform friendly, flexible
juxtaposing type that's commonly associated, so that the relationship between the two draws new connections and inspires reflection & critique

doc
https://www.are.na/c-ducasse/no-te-taking
research as a performance, as an artistic process

[1] The feeling of stumbling across a MSCHF product in the wild is a little like discovering a TV show you love and then realizing you still have four perfect seasons left to watch. It’s magical and maybe even a little secret, a place where you might even find some community. “It’s not necessarily marketing. We’re just creating experiences that people end up sharing,” says Whaley. “I think it’s definitely made for a generation that is more online than any other.”

“What I’ll say to that is that whenever someone sees a MSCHF project, they should see what is hopefully a refreshingly new take on storytelling that defies what platforms dictate they should be,” Whaley tells me months later. “All of a sudden, the word content is almost synonymous with quick bites of video content that bigger richer people try to come in and capitalize on. And that’s why what MSCHF does is it’s almost like a punch up at the powers that be to tell stories in a way that’s more human and less platform dependent.”

In a way, he says, everyone’s creating their own MSCHF.

/ “Everything is just, ‘How do we kind of make fun of what we’re observing?’” Whaley said. “Then we have as much fun with it as possible and see what happens.”

[2] “Newsletters meet people in their habits,” said Sam Ragland, a faculty member at the Poynter Institute, a journalism think tank. “If you can meet people where they are, you’re more likely to retain them to get their attention.”

What if I wrote a novel that is so fractured—so in pieces—that it becomes the epicenter of the break itself? As if to say, “I’m going to refuse to create a whole finished product, but [make] the phantom of a product—the shards in the dirt. Art exists there, too.” Even though a life is broken, it’s still worthy and capable of a complete story if we look at it in the ground zero, to the point where we can not even imagine what it looked like before the fracture.

I’m creating a text that they will probably never understand, or even encounter. What does that mean in the context of erasion and survival? Perhaps is it worth it to utter it anyway—just to be a mind speaking.

I don’t have that border between art and life. I don’t want a border. This is how I want to live, and I get to choose. I get to attend to it with care and to make decisions with my own agency. Just like how I choose which words go on the page, I get to sit here and choose this time spent with you to create these ideas. Then, actually, my thoughts are enhanced towards books too. I don’t think anything is a sacrifice for the art. I think it enhances it, if we tend to it.

A poet must never make a statement simply because it sounds poetically exciting; he must also believe it to be true. This does not mean, of course, that one can only appreciate a poet whose beliefs happen to coincide with one’s own. It does mean, whoever, that one must be convinced that the poet really believes what he says, however odd the belief may seem to oneself.

What the poet has to convey is not “self-expression,” but a view of a reality common to all, seen from a unique perspective, which it is his duty as well as his pleasure to share with others. To small truths as well as great, St. Augustine’s words apply.

“The truth is neither mine nor his nor another’s but belongs to us all whom Thou callest to partake of it, warning us terribly, not to account in private to ourselves, lest we be deprived of it.”

It’s tricky to write a manifesto about something that’s constantly in change. Also, we are evolving. We’ve found out new things along the way, and sometimes we prefer to work less rigidly.
— TCI: Luna Maurer on being a designer — conversation with Brandon Stosuy