Sam is a 5’1” Filipino American powerhouse who grew up torn between her left and right brain, while plagued with the oh-so-familiar Asian guilt that’s become part of the Asian American experience. Asian guilt takes on many forms, but a common feeling is that you’re not fulfilling the dutiful hopes and dreams your parents originally had for you. Sam did not grow up in a traditional immigrant Asian household—both her parents lived in Los Angeles after immigrating from the Philippines in the ‘70s, and her dad was even in a rock band. But Sam never got to witness firsthand the cultures and traditions that shaped her parents. They were reluctant to bring Sam and her sister to the Philippines, mostly for safety reasons at the time. Vicariously, however, Sam’s parents still held her to their Eastern values and she was taught to work harder than everyone else, focus on job security, and find a husband. “If you are not, in some way, shape or form, suffering, you’re not doing something right,” said Sam, explaining her parents’ expectations. “And that really fucked me up bad.”

To be Other in America is to be coveted and hated at the same time. It’s never been enough to know that I feel it, but I know I am often asked to prove it before I am allowed to speak on it. When I was a graduate student at the Iowa Writers’ Workshop for fiction writing, I felt both coveted and hated.

Instead of trying to fit into a heteronormative, white-privileged space, there’s an opportunity to create new definitions of Asian-American masculinity, femininity, and everything in between.

White supremacy tries to reduce people of color to our traumas. Resisting white supremacy means insisting that we are more than our traumas. One quick perusal through the shelves of world literature in any bookstore confirms just what the literary world wants to see from writers of color and writers from developing nations: trauma. Why, for example, is the English-speaking literary world mostly interested in fiction or poetry from China if the writer can be labeled as a “political dissident”? Even better if the writer has been tortured, imprisoned, or sentenced to hard labor by the Chinese government at one point. Surely there are amazing Chinese writers who don’t just identify as political dissidents just as there are many amazing white American writers who don’t identify, or rather, are not identified as one thing. Why are we so perversely interested in narratives of suffering when we read things by black and brown writers? Where are my carefree writers of color at? Seriously, where?

In the decade that separates me from Hong, the currency of whiteness has lost some of its inflated cultural value; one now sees Asian artists and chefs and skateboarders and dirtbags and novelists on the Internet, in the newspaper, and on TV. Is this freedom, or is it the latest form of assimilation? For Asian-Americans, can the two ever be fully distinct?

The term, for many people—and for Hollywood—seems to conjure upper-middle-class images: doctors, bankers. (We are imagined as the human equivalent of stainless-steel countertops: serviceable and interchangeable and blandly high-end.) But, although rich Asians earn more money than any other group of people in America, income inequality is also more extreme among Asians than it is within any other racial category. In New York, Asians are the poorest immigrant group.

Generally speaking, the second generations have far more privileges than the first; and yes, they are the ones who selectively construct and reconstruct what they want to inherit or preserve. Cultural continuity always depends on what are selected and discarded by the succeeding generations. That is something the first generation has no control over as they grow old and eventually live in memories only. Just 1/2 century from today, all will blend in with a little remnants from the first and second generations. It is just a matter of time in my view. Asian-American privilege today is sourced mainly in college education and occupational specialization. This is not a widespread privilege in Asian populations, and this is not a stable source, either; indeed it is highly competitive to the extent that educated Asians would be willing to race to the bottom against each other insofar as salaries and benefits are concerned. Asians in general are not at all resource-rich people in the U.S. although their average household income is about $10,000 higher than the average white family today; in fact, the poverty rate is higher for Asians than for whites. As long as educated Asians compete against other educated Asians in small and specialized labor markets, as long as they are engaged in their price wars (income) against each other, it is unlikely that they will unite for any common cause. If we look at other minorities, say Mexicans, it is the educated upper-middle class professionals who lead and speak for their people. They have dozens or more of nation-wide and state-wide organizations that promote their common interests, including investments in their future generations. They also speak for Hispanic populations in general. When you think of those successful upper-middle class Asians, Koreans or Indians, what comes to your mind? They are all around you there. The Asian privilege sourced in education today may not persist in the third generations, and many Asians then will go down the class ladder and experience what it is really like to get behind in this American society. Those well-to-do first and second generation Asians like to believe that their class locations are stable for generations to come. That is not so.

Is there a future of Asian-American identity that’s fundamentally expansive—that can encompass the divergent economic and cultural experiences of Asians in the United States, and form a bridge to the experiences of other marginalized groups?

The answer depends on whom Asian-Americans choose to feel affinity and loyalty toward—whether we direct our sympathies to those with more power than us or less, not just outside our jerry-rigged ethnic coalition but within it. The history of Asian-Americans has involved repression and assimilation; it has also, to a degree that is often forgotten, involved radicalism and invention. “ 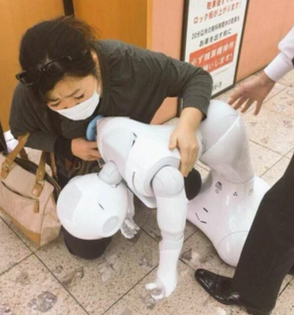 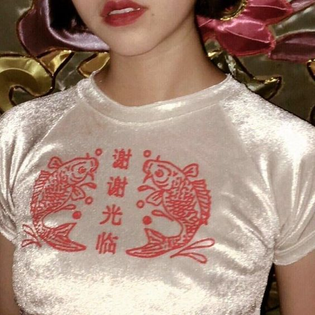