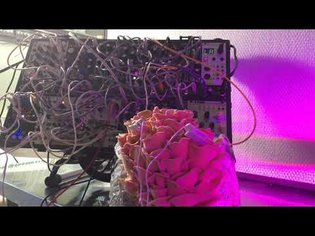 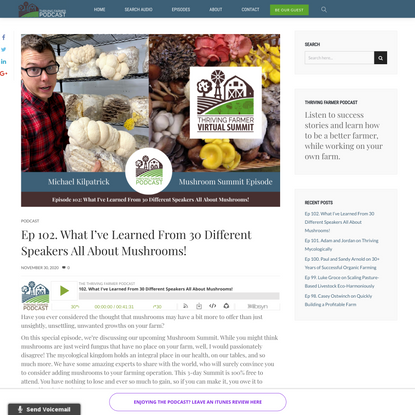 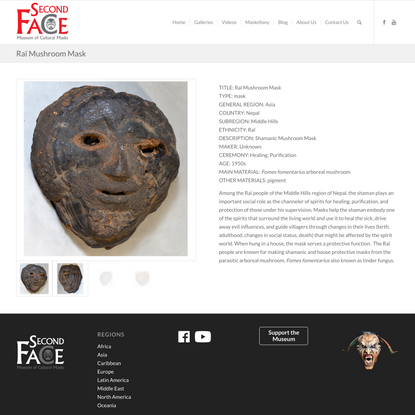 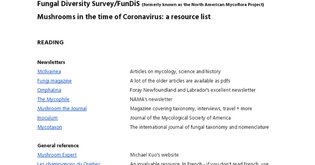 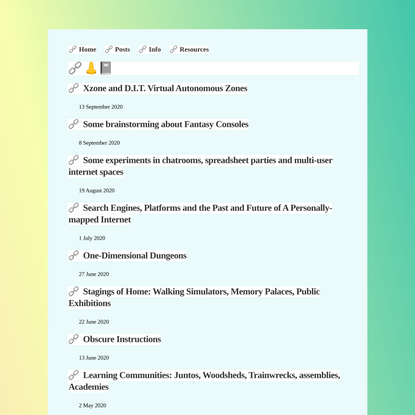 Something went wrong trying to save https://math.ucr.edu/home/baez/. 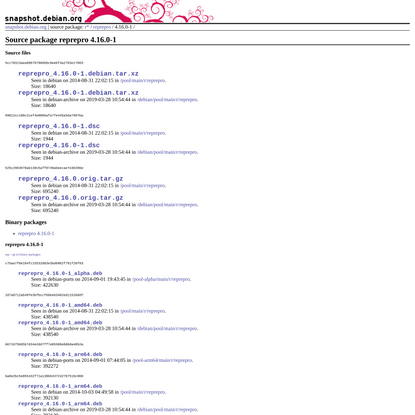 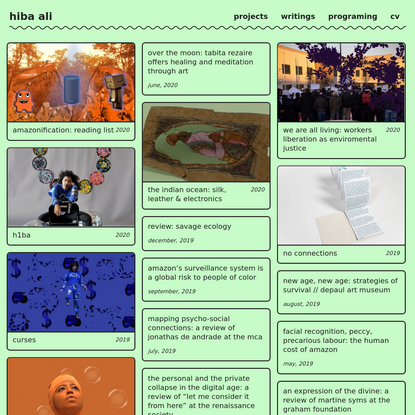 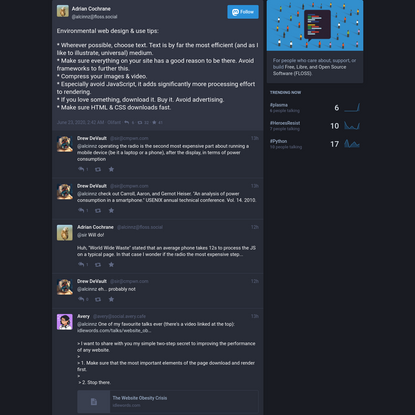 Unpopular take: Not all intimacy and vulnerability have to be developed through the societally beloved "communication solves everything" funnel.

I don't think that communication solves everything, especially in its elusive and technologically entrenched current state. What would be a more useful discussion in my opinion is how to cultivate quality communication based on individual needs and styles specific to those individuals aka there is no "one size fits all". I'd like to develop communication of a higher quality rather than quantity as I believe it would help lead to those relationship-specific adjustments. I think the same thing extends to this idea of "self care" that's continually shoved down my throat. Is it a semantics thing? Thinking of an argument by Zadie Smith that contemplates how drastically changing our terminology could also help reframe/reshape the ways that we think about the principles themselves.

I think practical discussion about material improvements and methods beyond "going for a walk" or "treat yourself" or "HOW IS IT SERVING YOU" would also be helpful.

I also think there's an understated value in non-communicative forms of intimacy and vulnerability - that is, beyond verbal communications. The more silent I am, the better I feel. The less reactionary I have been and instead, more responsive to my inner reflections and distinguishing between being present and being "around" have enhanced my relationship with myself as well as others.

More on this another time. 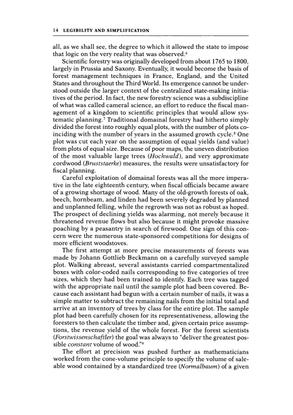 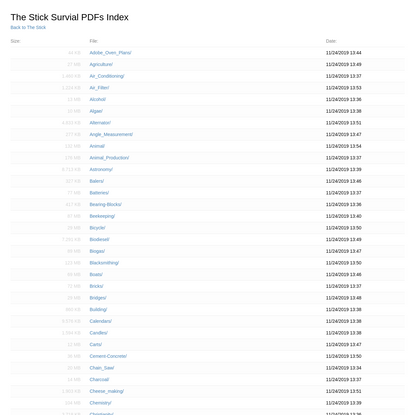 2 (two) is a number, numeral, and glyph. It is the natural number following 1 and preceding 3. It is the smallest and only even prime number. Because it forms the basis of a duality, it has religious and spiritual significance in many cultures.
https://en.wikipedia.org/wiki/Phacelia_affinis
Phacelia affinis is a species of flowering plant in the borage family, Boraginaceae, known by the common names limestone phacelia and purple-bell scorpionweed. It is native to the southwestern United States and Baja California and Sonora in Mexico. It can be found in scrub, woodland, forest, and other habitat.It is an annual herb growing erect to a maximum height near 30 centimeters, its stem branching or not. The leaves are oblong in shape and are generally either deeply lobed or divided into several lobed leaflets. In texture the plant is slightly hairy and glandular. The inflorescence is a one-sided curving or coiling cyme of many bell-shaped flowers each just a few millimeters long. The flower is pale lavender or white with a yellowish tubular throat. The fruit is a capsule about half a centimeter long containing up to 30 seeds.

3 (three) is a number, numeral, and glyph. It is the natural number following 2 and preceding 4, and is the smallest odd prime number. It has religious or cultural significance in many societies.
https://en.wikipedia.org/wiki/Phacelia_anelsonii
Phacelia anelsonii is a species of phacelia known by the common name Aven Nelson's phacelia. It is native to the Southwestern United States, where it is known from scattered occurrences in southwestern Utah, southern Nevada, and eastern California. It can be found in scrub and woodland habitat. It is named after the botanist Aven Nelson.

5 (five) is a number, numeral, and glyph. It is the natural number following 4 and preceding 6, and is a prime number. It has attained significance throughout history in part because typical humans have five digits on each hand.
https://en.wikipedia.org/wiki/Phacelia_argillacea
Phacelia argillacea is a rare species of flowering plant in the borage family known by the common names clay phacelia and Atwood's phacelia. It is endemic to Utah in the United States, where it is known only from one canyon in Utah County. It is "one of Utah's most endangered species"; it is "one of the nation's rarest plants" and is federally listed as an endangered species of the United States.This plant is an annual herb growing up to 36 to 40 centimeters in height. It has a rosette of leaves around the base of the stem. The leaf blades are oblong with deep lobes along the edges, and measure up to 5 centimeters in length. The inflorescence is a cyme with several branches that are scorpioid in shape, curving into a curl like the tail of a scorpion; this inflorescence is hairy and glandular. Each flower has a bell-shaped purple-blue corolla about 0.5 centimetres (0.20 in) long and wide, with the long stamens and style protruding from the mouth of the corolla. The fruit of the plant is a capsule about a quarter of a centimeter in length. This plant is generally considered to be a winter annual; it germinates and produces a basal rosette, then develops slowly through the winter beneath the snow. Its erect stem grows up by May. Blooming usually occurs in July, but early blooming can take place in May and June and some flowers can persist into October. One plant can produce up to 8000 seeds. This species is closely related to, and has been mistaken for, Phacelia glandulosa.This plant is known only from Spanish Fork Canyon in central Utah. It has been on the US Endangered Species List since 1978, at which time there were only nine individuals known. Within two years this tiny population had dwindled to four plants. In 1980 a second population was found, putting the total global population around 200.The plant grows on steep slopes made of clay and broken shale originating from the Green River Formation. The habitat is pinyon-juniper woodland dominated by Pinus edulis (Colorado pinyon) and Juniperus osteosperma (Utah juniper) and other plants in the vicinity include Mentzelia laevicaulis (giant blazingstar), Mahonia repens (creeping barberry), Oenothera caespitosa (evening primrose), Marrubium vulgare (horehound), Cynoglossum officinale (houndstongue), Amelanchier alnifolia (serviceberry), Rhus trilobata (skunkbush), Atriplex canescens (fourwing saltbush), Artemisia tridentata (sagebrush), Chrysothamnus nauseosus (rabbitbrush), Cercocarpus montanus (mountain mahogany), and Rosa woodsii (Woods' rose).The species faces a number of threats. Its small numbers put it at risk for extinction. Sheep graze in the immediate vicinity of the plants, in addition the plants may be eaten by native animals such as mule deer and rock squirrels. One occurrence is next to railroad tracks, and the construction and maintenance of the rails has disturbed the habitat. Highway 6 runs directly through another occurrence, and road maintenance may disturb the plants as well as the habitat that supports their potential pollinators. Introduced species of plants, such as horehound and houndstongue, may compete with the phacelia.Conservation activities include the propagation of plants and collection of seeds. Both natural populations occur on private land, where they are difficult to protect. Seeds grown in cultivation will be used to establish thirteen populations on federal land in Uinta National Forest, where they can be protected.

7 (seven) is the natural number following 6 and preceding 8. It is a prime number, and is often considered lucky in Western culture, and is often seen as highly symbolic.
https://en.wikipedia.org/wiki/Phacelia_austromontana
Phacelia austromontana is a species of phacelia known by the common name Southern Sierra phacelia. It is native to the southwestern United States, where it can be found in the Transverse Ranges and Sierra Nevada of California east to Utah. It grows in open mountainous habitat.

11 (eleven) is the natural number following 10 and preceding 12. It is the first repdigit. In English, it is the smallest positive integer requiring three syllables and the largest prime number with a single-morpheme name.
https://en.wikipedia.org/wiki/Phacelia_bolanderi
Phacelia bolanderi is a species of flowering plant known by several common names, including Bolander's phacelia, Bolander's scorpionweed, blue-flowered grape-leaf, and caterpillar flower. The plant is native to Oregon and coastal northern California. It was named for the California botanist Henry Nicholas Bolander.

13 (thirteen) is the natural number following 12 and preceding 14.
https://en.wikipedia.org/wiki/Phacelia_brachyloba
Phacelia brachyloba is a species of phacelia known by the common name shortlobe phacelia. It is native to southern California and Baja California, where it grows in the coastal mountains, canyons, and valleys. It is one of the many species known as fire followers, that emerge in areas recently burned.It is an annual herb growing erect to a maximum height near 60 centimeters. It is hairy and glandular. The lance-shaped leaves are lobed or divided into lobed leaflets. The hairy, glandular inflorescence is a one-sided curving or coiling cyme of many funnel- or bell-shaped flowers. Each flower is up to a centimeter wide with a lavender, pink, or white corolla and a yellow throat.

17 (seventeen) is the natural number following 16 and preceding 18. It is a prime number.
https://en.wikipedia.org/wiki/Phacelia_breweri
Phacelia breweri is a species of phacelia known by the common name Brewer's phacelia.

19 (nineteen) is the natural number following 18 and preceding 20. It is a prime number.
https://en.wikipedia.org/wiki/Phacelia_californica
Phacelia californica is a species of phacelia known by the common names California phacelia and California scorpionweed. It is native to coastal northern California and Oregon, where it grows in chaparral, woodland, and coastal bluffs and grassland.

23 (twenty-three) is the natural number following 22 and preceding 24.
https://en.wikipedia.org/wiki/Phacelia_calthifolia
Phacelia calthifolia (calthaleaf phacelia or caltha-leaved phacelia), is a flowering plant in the family Boraginaceae. It is native to the Mojave Desert in southeastern California and western Nevada, between Barstow, California, and the Death Valley area, where it occurs below 1,000 m in sandy soils.

29 (twenty-nine) is the natural number following 28 and preceding 30.
https://en.wikipedia.org/wiki/Phacelia_campanularia
Phacelia campanularia is a species of flowering plant in the borage family, Boraginaceae, known by the common names desertbells, desert bluebells, California-bluebell, desert scorpionweed, and desert Canterbury bells. Its true native range is within the borders of California, in the Mojave and Sonoran Deserts, but it is commonly cultivated as an ornamental plant and it can be found growing elsewhere as an introduced species. 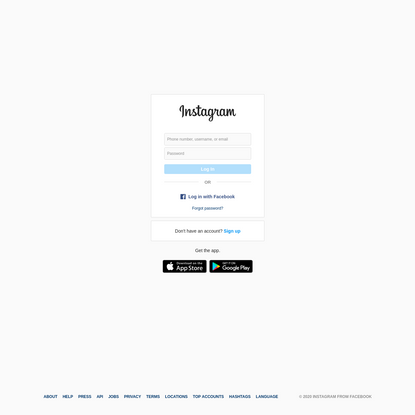