Sign up or Log in
Are.na
Sana Khan
Info
—
View
ChannelsBlocks
Table
IndexAll
Sort
Recently updatedRecently created
wish i knew this as a teen
by Sana Khan
34 blocks • 4 days ago

"I think this is her strategy—to test life’s truths through her conflicts with them.”

"I think this is her strategy—to test life’s truths through her conflicts with them.” - manto on chughtai 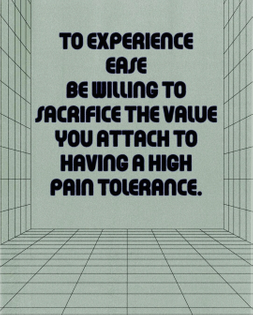 The biggest lesson of my early 20's has been that I can't change the world. And, that is okay. What's far more dangerous, and scary is to take steps that haven't been taken before within circles that you belong to, that you impact. Unlearning, and changing generational habits, systems, hierarchy can really change what comes next in the world.

"You're not as cold as you pretend to be," she said. "I think your doors open in different places, that's all. Most people just don't know how to get into you. They knock and they knock where the door is supposed to be, but it's a blank wall. But you're there. I've watched you. I've seen you do some awfully cold things warmly and some warm things coldly. Or does that make sense?" –Mr. Bridge by Evan S. Connell

Our body learns before our mind comprehends:

'Unlike the contents of written texts,
artworks present themselves as physical (or virtual) entities
that exist in the same space as we do'
In the words of Lakoff & Johnson, 'but sense of what is real begins with and depends crucially upon our bodies"

We started off as casual. I thought you’d add a bit of colour to my life. Maybe, help me see the world differently. So I introduced myself to you. You taught me how to share, to add bits and pieces. I think, I even learnt to care for you, in a way. I wanted everyone to have what we have. It was a selfish relationship, we were both in it for gaining different things.
I used you to enter a party everyone was already at. I was always late to things and hesitant to join. I enjoyed this one. It was fun screaming, dancing, and sharing in the Void. I knew everyone was watching, it created the illusion that they were listening too. I never believed the illusion, I quite enjoy the selfishness of the Void. I spoke so I could hear myself listen. I shared because I knew I could. I was surprise to see, that some people were in fact listening.

I don’t know when it turned bitter. (Was it even sweet to begin with?) Maybe I changed. I wanted more. You wanted more too but I wasn’t ready for that. You learnt who I was, only to sell me a version of who you thought I should be. You never learnt the meaning behind my actions. You did learn my reactions though. After a point, that’s all I was.

All my thoughts, my opinions, my art, was just reaction. None of it seemed purely my own. You showed me war without the violence. You showed me violence without the grief. You turned my violence into a performance and my grief into a show-and-tell. You said I was loved, but only inside this box.
When the threats came, you didn’t make it easy. You asked me hide for a few days. They threats left, eventually. But the crime went unpunished. I had to censor my f*cking self, because you were too much of a people pleaser.

My anger became a reaction of my own anger, 10 others tagged along. I searched for joy in my actions, but there were no actions. My existence became a reaction of you. Where was I in this relationship?
Always surrounded by people. You thrive in crowds. You strip them down and they don’t even know it. You say we’re all here to have fun, but it was just a bad excuse. You’re watching every move. You don’t say it out loud but you never let us forget it. That’s the bargain. I thought you were only surveying the party, but you confidently followed me home. You even take notes and dare to show it.

We could only dress in Pastel Shades, even The Poet and The Tyrant. The kids who refused to wear Pastels, but always managed to sneak in were Fun. But you captured them too and sent them to a separate room. Out of sight.
When I was standing in the middle of two rooms, you asked me to choose. I chose to leave. Which surprised you. I wasn’t cheating on you. I stopped wanting you. I had never once left the party, since I entered. But I did leave. I even assumed you wanted me back, so I came back too. It was self assuring to see you didn’t care whether I did or did not. So I stayed. Telling myself that I was here because I enjoyed the party. Forgetting that you’re the one who threw it. You were the Siren telling me what I wanted to hear.
You eventually said, you can go to all the rooms you want, but you can only be part of one. I think that’s where I woke up. You knew me better than myself. You knew which room I would choose next. You created these rooms. This option was an illusion. I forgot the autonomy of choice.
So I had to leave, honey. I’ll leave and come back. Leave and come back. Leave every time we make eye contact. I loved seeing my friends at the party but we don’t get breakfast anymore. I took the courage to ask, as an action, and you threatened to show up there too. But this time, you were spectator. You only saw, what we wanted you to see. You weren’t the life of the party. We were.
You don’t stay for pillow talk, you only like the thrill. I know others are able to differentiate between chasing thrill, and chasing life. But for me, the thrill has always been in the life and so it’s hard for me to differentiate.

As it is, putting thoughts and actions on the same tangent is like playing chess against yourself, but you even tried to get me change my thoughts. I started thinking for you, about you and with you. Where were my own thoughts?
You are moody. You decided whether my sadness was desperate/depressed/brave. My sadness, could never just be sadness with you. You had pat to yourself in the back in my moments of vulnerability. You are a safe space for those who don’t necessarily need safety. You turn connections into communications. Conversations into comments. I didn’t know which part of me was real and which part of me was just playing nice.
But I am tired. Absolutely tired. I know I’d enjoy the party if I just let you put me in that box. But I realised I don’t like parties very much. Abstinence, in this case, is not ignorance. Your gaze is insatiable and I’m tired of performing.
So, there might never be a goodbye. But I’m not the same. I have found Joy without having to turn it into a performance. It exists just for me, because of me. The moment I feel the crowd overwhelming me, I’ll leave. I made my own fine script, baby. I didn’t think you heard me over the crowd. 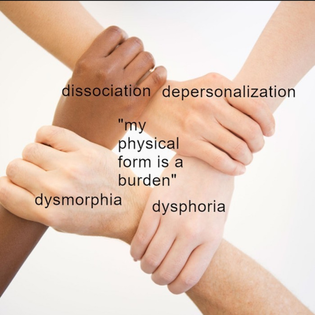 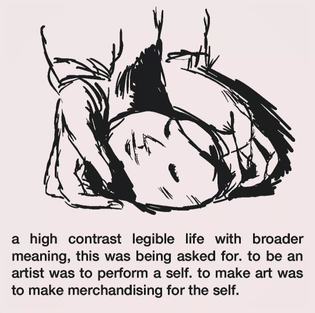 hello people of the void,
if you don't know if you still love the person you're with, or whether the love you or if you somewhat feel miserable at times being single or if you're looking for a reason to stay single or if you need to fucking laugh after a long time
watch Daniel Sloss's Jigsaw
The answers are there I promise.