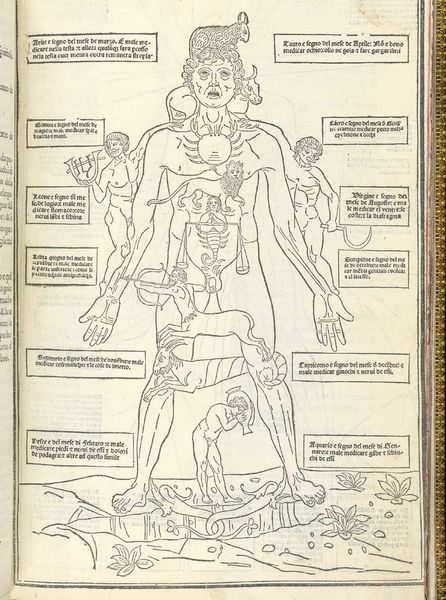 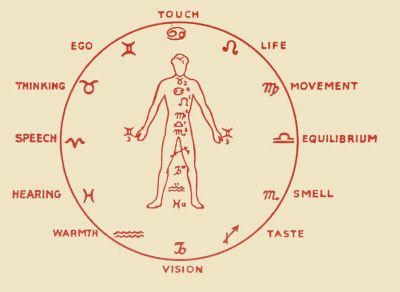 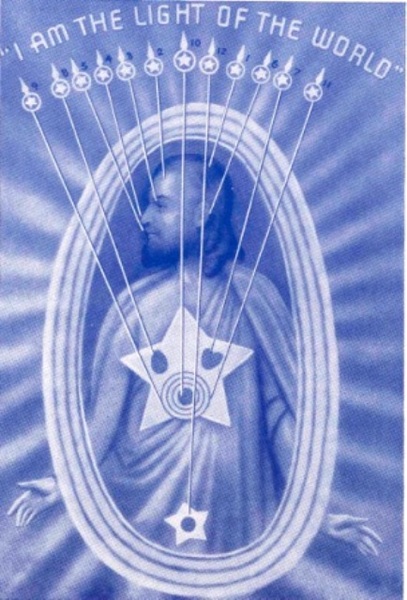 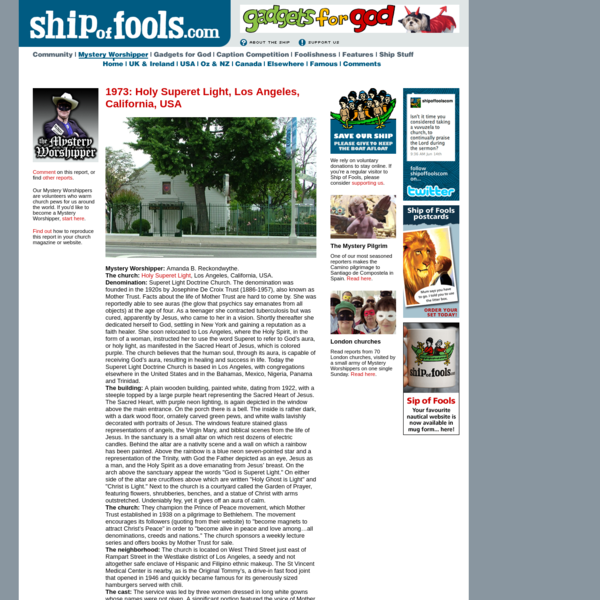 Ship of Fools: The Mystery Worshipper

As people entered, they made the sign of the cross three times with both hands pressed together, touching first their forehead, then their heart, then the left and right cheek respectively. 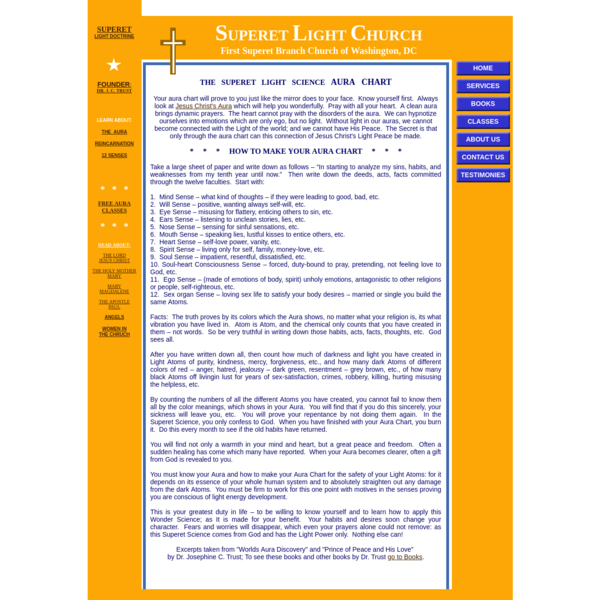 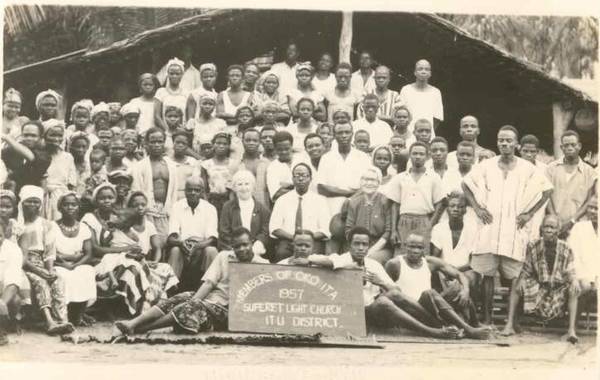 The biggest congregation of Superetists is located in Nigeria.

Regarding the aura, Dr. Trust says, "It holds a visible and an invisible light. It is a subtle invisible emanation from a substance such as the aroma of flowers or the odor of blood, or emanating from an electrified body and forming a mass surrounding it called motion of the air caused by electric repulsion as seen when the air near a charged metallic point is set in motion - a sensation as of a light vapor or cold air rising from the trunk or limbs toward the head, which is then called an aura or a halo light which is seen on the Pictures of Jesus Christ. 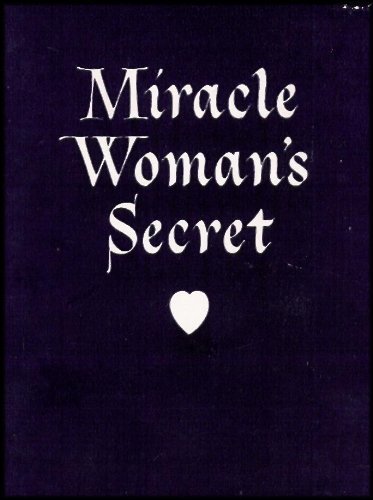