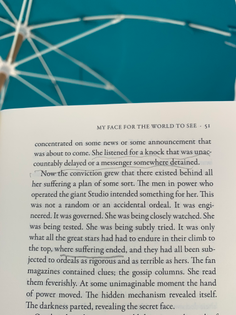 Alfred Hayes, My Face for the World to … 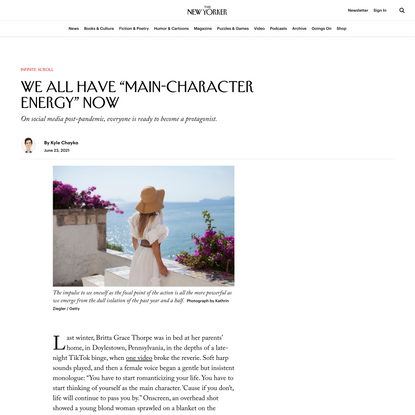 We All Have “Main-Character Energy” Now… 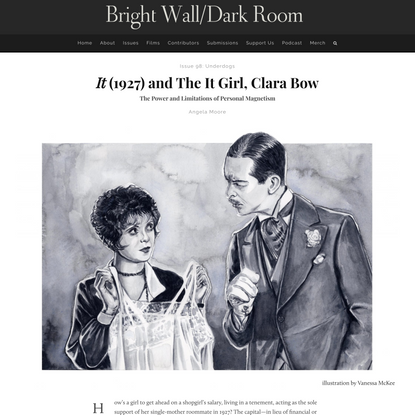 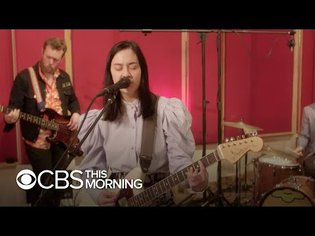 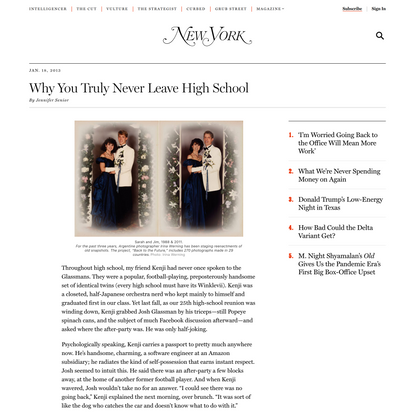 Alfred Hayes, My Face for the World to …

“It’s this third person that’s not existed to any other generation,” she goes on. “Like, that”—she points at the camera, laughing. “It’s in your head all the time.” Lil Huddy agrees: “A lot of it comes from posting on social media. People let us know how dumb we look. . . . Their judgment gives us our own third-person judgment.”

According to “The D’Amelio Show,” Being…
Watching Women
by Alexandra Sevareid
10 blocks • about 1 month ago

"Unless we are read as Muslim or trans, Asian Americans are fortunate not to live under hard surveillance, but we live under a softer panopticon, so subtle that it's internalized, in that we monitor ourselves, which characterizes our conditional existence."

"For some reason, I remembered the time, a few years before, when my mother had taken me to see a psychiatrist. One of the more obvious questions he had asked me, was, 'Debby, do you ever have the sensation of being outside yourself, almost as if you can actually watch yourself from another place?' I hadn't at the time, but I did now. And it wasn't such a bad feeling at all." 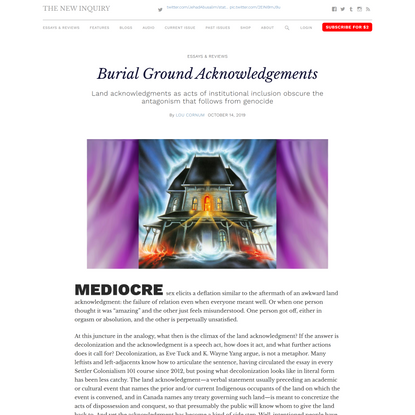 “As we flail in this portal that Arundhati Roy geolocated us in at the start of the pandemic, we are reaching a threshold of trends in American culture, geopolitics, economics and intellectualism that self-fulfill by harnessing the intelligence of our collective behavioral shifts. How we act and behave -in public- right now feels very important.¹

I’m not talking about our performance, but our verity. For me, the latter emerges in a practice of improvisation, less so curation. I’m trying to write and live from that place more, because it allows me to observe all those things I have expertly hidden and practice letting them go. A corporate owned democracy does the same thing…expertly hides entire systems of violence through a performance of best-selling truths. An ego does the same thing. And so does a media conglomerate larping a reality tv competition about “activism.” There’s 90% of an iceberg under that tip, and tragedy isn’t just inevitable, it becomes a nostalgic re-run. Maybe through improvisation we can meet more manageable challenges and disasters within our means through a shared sense of trial and error, care and accountability?” 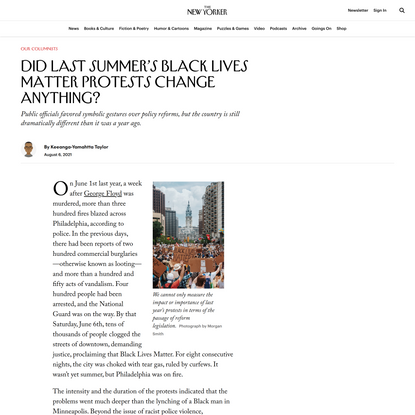 ANAND: You have said the bad anti-racism trainings get all the attention. Do you think the idea of training our way out of this is itself intrinsically flawed, or there are just too many bad trainings and not enough good ones? Is there a good version of this training that needs to happen at schools and workplaces that is part of the America you want to see, or is training just the wrong intellectual paradigm?

ADAM: It's a completely irrelevant thing that doesn't have anything to do with anything. We're talking about actual structural, material problems that can be solved with changes in public policy and the way that we do things. Instead, we've developed this consumer model of racism, where you get rid of racism by putting a black box on your Instagram, or developing yourself as a person.

Racism is an institutional force. It's not necessarily about you as an individual, whether you're good or evil. That has become the preoccupation.

It's a real problem, because it misleads people about how to solve the problem, and it also makes people think that this is about teams, when actually racism is a part of American society. It's not necessarily a partisan thing. It is an institutional force that has to be dealt with as an institutional force, not by making different individual consumer choices that show everyone that you're not racist.

It's not just a question of the trainings. Anything that reinforces that consumer model of anti-racism is necessarily, to me, anything from benign and harmless to basically counterproductive.