Like Foucault’s concept of ‘governmentality’, seriality can absorb resistance and is created partly by the resistant elements which it is able to fold into itself. In fact, it is seriality’s ability to include gaps and pauses inside its strong onward flow that makes it such a useful format for ‘progressive’ thinking, including, but not exclusive to, capitalist thinking. the serial-progressive model proved malleable to all sorts of appropriations. It could be used to frame visions of unbridled capitalism, democratic reform action, and practices of state formation and power. From the 1830s onwards, an increasingly pervasive concept of time as uneven succession was co-opted by the market economy and by the state alike. This does not function as proof of a category identity between them, but it does suggest that the market economy and the state shared a morphology from the start which would inevitably lead to their subsequent confusion. Serial Forms shows how this muddling of democracy and capitalism is already happening by the late 1840s... this confusion meant that each was sometimes understood to be the vehicle of the other: was the market delivering democracy, or was democracy underpinning the market?

Theories have been historicized as the discursive products of historical forces, with no intrinsic truth value; conversely, history has been theorized as the product of theoretical paradigms. Theory has challenged history’s claims to objectivity, impartiality, and factuality; history has challenged theory’s claims to totality and universality. Theory has questioned historical narratives of evolution and progress; history has subjected theory’s atemporal narratives to the scrutiny of chronology.

theory matters even if you don't think …

Benjamin on Memory and objects

“Imagine having the balls to craft a follow-up to a personal film that's even more richly solipsistic and minutiae-laden than 2019's The Souvenir -- well, Joanna Hogg's done that with the second half of her unsentimental, darkly hilarious study of a young woman's creative and sexual coming-of-age in Thatcher's Britain. Honor Swinton Burne -- real-life college student and daughter of Hogg's BFF Tilda Swinton -- plays film student Juliet with the kind of naturalness and searching intelligence that every film journalist is insisting Kristen Stewart has; in a just world, Swinton Burne would be a clear contestant for the year's top acting awards. But I suspect both she and Hogg are chasing something more elusive. It is so very difficult to dramatize any creative process in a movie and have the viewer give a shit, let alone portray a young woman not yet fully formed, trying to chisel herself into being using unfamiliar tools. Not since Jane Campion's An Angel at My Table (still Campion's best film, I reckon) have I seen any film that manages to capture the hems and haws of self-doubt and the miniature-scale megalomania that must overtake the female artist-in-training. How does the nice young woman conditioned by her upbringing to be gracious and obliging with her "thank you's" and "sorry's" absorb a bit of ruthlessness? The long tail of Juliet's ill-fated obsession with posh-mannered druggie Anthony (Tom Burke), the storyline which gobbled up most of Part 1, manifests itself in Juliet's Part 2 amorous, creative and material choices (note the suddenly fancy clothes), and ultimately in the making of her thesis film where those amorous, creative and material choices all come together. It doesn't matter how clumsy or how awkwardly ambitious that film is. What's at stake is how we've watched Juliet learn to spin experience into work. She's on her way, even if -- informed as we are by Hogg's own journey as a filmmaker -- it'll be a long, hard road ahead.”

Sandi Tan on The Souvenir 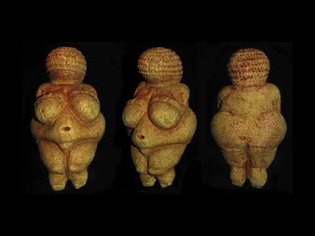 I should constantly remind myself that the real leap consists in
introducing invention into existence.

In the world through which I travel, I am endlessly creating myself.
I am a part of Being to the degree that I go beyond it.

Thinking thought usually amounts to withdrawing into a dimensionless place in which the idea of thought alone persists. But thought in reality spaces itself out into the world. It informs the imaginary of peoples, their varied poetics, which it then transforms, meaning, in them its risk becomes realized.
—Édouard Glissant, “Imaginary” 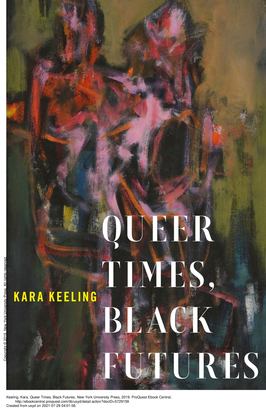 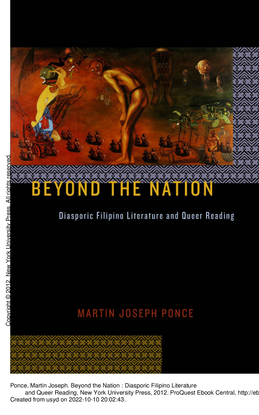