The movie in my mind is blue--
As June runs into warm July
I think of little else but you. 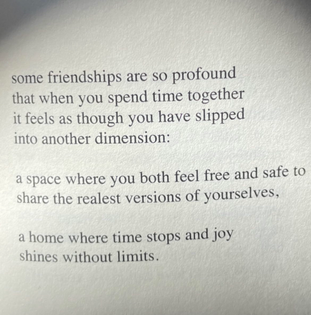 Understanding of the self only arises in relationship, in watching yourself in relationship to people, ideas, and things; to trees, the earth, and the world around you and within you. Relationship is the mirror in which the self is revealed. Without self-knowledge there is no basis for right thought and action. 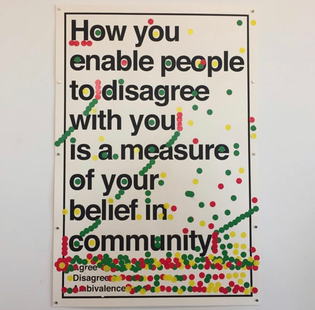 Because what’s fascinating about sulking is that we don’t sulk with everybody. We only get into sulks with people that we feel should understand us but, rather unforgivably, haven’t understood us.

I’m always collaborating. Simone Weil says, “Attention is the rarest and purest form of generosity.” That’s my mantra to myself: Pay attention to people, what they care about, their worlds, their words, their aesthetics, their life. I look at Simone Weil and say, “Why don’t we edit that?” What if we were so ambitious—to change the word “rarest” to “most common?” What would we then say? “Attention is the most common and purest form of generosity.” That’s what I’m working toward.

The possibility of the other person standing before you, face-to-face, represents a moment of terror, a moment of truth, and a possible transformation of the relationship (even its end). Levinas insists on the face-to-face because it presents the other as a reality 'effectuated in the non-postponable urgency with which he requires a response.' When the other appears through a distant communiqué, through an old physical letter, an email, or some technological mediation, the other waits for a response but lacks the presence to demand it. The body is in this way a force, sometimes a necessary one, and not a dispensable or superficial feature of human relations.

This is why we often need to go places, with and in our physical bodies, not only in friendship but also in politics and protest. The presence of the body — or bodies — demands a response. Governments and their militaries, for example, may learn through screens how much they are hated by their people, but they need not respond until bodies confront them face-to-face, in the square, in the streets, as obstructions to commerce and normal business. In this political example, if we were to conclude that the face to-face is an old-fashioned ultimate situation, we would imply that the power of our bodies is also old-fashioned.

But don't our bodies remain fundamental to our being-in-the-world? Why not meet the lover only through a screen? Why not attend every conference only at home by video calls? The answer is that we want to bring our bodies to places and people because bodies are part of the indispensable apparatus of human relationality, even today where connections are more disembodied and cellular than ever. Even if we do not need to be at the conference physically or to go to the family's house in a distant city because we can talk by video calls, we still want to go there because we recognize that as the ultimate situation. Similarly, in politics, if we really want to stop them, we will eventually need to place our bodies on the line. Speaking of a strike is not the same thing as materializing one in picket lines.

∆ Richard Gilman-Opalsky, from The Communism of Love: An Inquiry into the Poverty of Exchange Value, 2020.

Richard Gilman-Opalsky, from The Commun…