There is no intelligence without modeling and abstraction. Only the automaton exists in the concrete immediacy of the world. For logic-using agents, playing the game of ends and means is not a choice but a necessity.

art is condemned to oscillate between an illustrative function reflective of and subordinate to knowledge, and an ineffable expressive capacity that is irreducible to any rational measurement, explanation, or instrumental use

As Andrea Long Chu stated in her masterful disassembly of non-binary writer and director Jill Soloway’s memoir, She Wants It: Desire, Power, and Toppling the Patriarchy: “The ethics of gender recognition, now more than ever, compel us to accept without contest or prejudice the self-identification of all people. They do not, however, compel us to find those identities likable, interesting, or worth writing a book about.”

A Shadow Leaving an Object pairs Robert Gober's Prison Window, a barred window looking out to a swath of blue sky, with Felix Gonzalez-Torres' "Untitled"(March 5th) #1, a pair of mirrors, identical and round, set together, flush with the wall. Both works are embedded and never cross the threshold of the wall, thereby rendering the room technically empty. Viewers become the only physical presence within the room. The works open portals to spaces outside the four walls (beyond the window, inside the mirror), as well as simultaneously becoming backdrops for both real and theatrical experiences. Viewer is audience and player, observer and observed. Installed on opposite walls, one faces only a single work at a time; the other is always behind, seen only in reflective glimpses or in memory.

In his influential 1989 essay on conceptual art, From the Aesthetics of Administration to the Critique of Institutions, Benjamin Buchloh describes how, after its closure, conceptualism became a kind of unconscious for all artistic production after 1969. Taking as his initial premise that conceptual art made the most rigorous investigation of the post-war period into the conventions of pictorial and sculptural representation, as well as a fundamental critique of traditional visual paradigms, Buchloh constructs a historical narrative that culminates in an information art that reactivates the postulates of the productivist avant-garde of the Russian Revolution whilst questioning the role of the artist, who is bureaucratically redefined as a mere employee who catalogues. This historical process of conceptual art is closed by such works as Hans Haackes Visitors Profile, a statistical compilation of the features of visitors to an exhibition and, most importantly, by Marcel Broodthaerss Musée a vendre par faillite, also a premonition of an imminent future: the disappearance of the space for critique inside the museum as a central, legitimising institution in the bourgeois public sphere and its transformation in the hands of the new mass entertainment industry (as reflected in the spectral reappearance of pictorial and sculptural paradigms from the past, which conceptualism had abolished). Nonetheless, the historic closure of conceptualism did not necessarily entail its disappearance; rather, it entailed its interiorisation into critical artistic practices, ushering in what we now call institutional critique, which itself emerged in the wake of conceptual art as a relative and ambiguous continuation of the radical avant-garde in the museum context, increasingly mediated by the cultural industries after the 1980s.

To be specific, nested within the exhibition’s vague title – and the subject of its well-padded symposium – was the cluster of neo-materialist arguments known as Speculative Realism. The biggest flaw of these arguments is not the tediousness of their determinism – let’s all read the Fibonacci sequence in a potato peel – nor their poetic construal of philosophy (a fuzzy reading of Hegel, a cheap shot at Kant). Speculative Realists – apparently unaware of the irony in their own title – tend, like self-replicating corrupted files, or like Enlightenment era philosopher-apothecaries to find new ways of constructing old problems. True to form, the exhibition-theory complex here generated a new chain of illogical fallacies: branding the philosophical with the generational, the generational with the aesthetic, and the aesthetic with the social, all under the bombast of a curious ‘anonymity’. It’s no fault of the artists, but what did the resulting ‘anonymous materials’ look like? Like seeing one’s baggage dumped onto a flat earth by an airport customs officer: contents, vague masses, some humanoid semblances, but mostly jumble, heaps of stuff among mouthwash and receipts and dross. 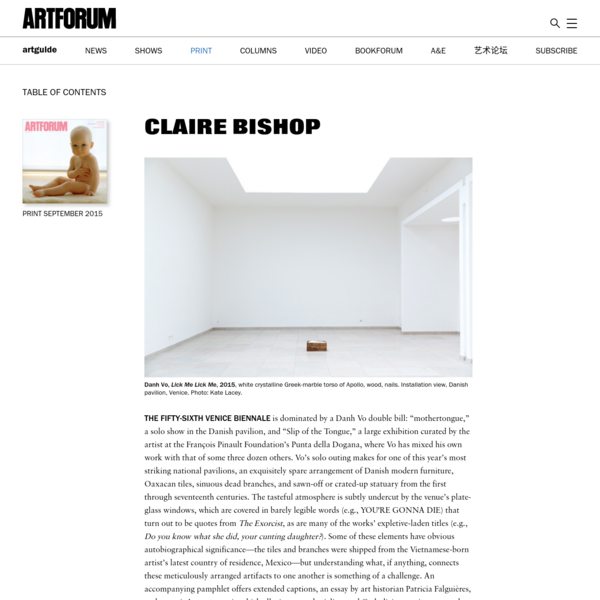