Sign up or Log in
Are.na
A J
critical race
Info
—
5 Followers
This channel appears in
the times are a-changin'
View
Grid
Table 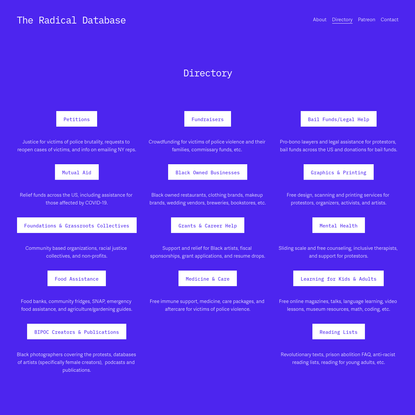 I have often wondered, and it is not a pleasant wonder, just what white Americans talk about with one another.

I wonder this because they do not, after all, seem to find very much to say to me, and I concluded long ago that they found the color of my skin inhibiting. This color seems to operate as a most disagreeable mirror, and a great deal of one's energy is expended in reassuring white Americans that they do not see what they see.

This is utterly futile, of course, since they do see what they see. And what they see is an appallingly oppressive and bloody history known all over the world. What they see is a disastrous, continuing, present condition which menaces them, and for which they bear an inescapable responsibility. But since in the main they seem to lack the energy to change this condition they would rather not be reminded of it. Does this mean that in their conversation with one another, they merely make reassuring sounds? It scarcely seems possible, and yet, on the other hand, it seems all too likely. In any case, whatever they bring to one another, it is certainly not freedom from guilt. The guilt remains, more deeply rooted, more securely lodged, than the oldest of fears.

And to have to deal with such people can be unutterably exhausting for they, with a really dazzling ingenuity, a tireless agility, are perpetually defending themselves against charges which one, disagreeable mirror though one may be, has not really, for the moment, made. 0ne does not have to make them. The record is there for all to read. It resounds all over the world. It might as well be written in the sky. One wishes that Americans -- white Americans -- would read, for their own sakes, this record and stop defending themselves against it. Only then will they be enabled to change their lives.
The fact that they have not yet been able to do this--to face their history to change their lives--hideously menaces this country. Indeed, it menaces the entire world.
White man, hear me! History, as nearly no one seems to know, is not merely something to be read. And it does not refer merely, or even principally, to the past. On the contrary, the great force of history comes from the fact that we carry it within us, are unconsciously controlled by it in many ways, and history is literally present in all that we do. It could scarcely be otherwise, since it is to history that we owe our frames of reference, our identities, and our aspirations. And it is with great pain and terror that one begins to realize this. In great pain and terror one begins to assess the history which has placed one where one is and formed one's point of view. In great pain and terror because, therefore, one enters into battle with that historical creation, Oneself, and attempts to recreate oneself according to a principle more humane and more liberating; one begins the attempt to achieve a level of personal maturity and freedom which robs history of its tyrannical power, and also changes history.

But, obviously, I am speaking as an historical creation which has had bitterly to contest its history, to wrestle with it, and finally accept it in order to bring myself out of it. My point of view certainly is formed by my history, and it is probable that only a creature despised by history finds history a questionable matter. On the other hand, people who imagine that history flatters them (as it does, indeed, since they wrote it) are impaled on their history like a butterfly on a pin and become incapable of seeing or changing themselves, or the world.

This is the place in which it seems to me most white Americans find themselves. Impaled. They are dimly, or vividly, aware that the history they have fed themselves is mainly a lie, but they do not know how to release themselves from it, and they suffer enormously from the resulting personal incoherence. This incoherence is heard nowhere more plainly than in those stammering, terrified dialogues which white Americans sometimes entertain with the black conscience, the black man in America. The nature of this stammering can be reduced to a plea. Do not blame me. I was not there. I did not do it. My history has nothing to do with Europe or the slave trade. Anyway it was your chiefs who sold you to me. I was not present in the middle passage. I am not responsible for the textile mills of Manchester, or the cotton fields of Mississippi. Besides, consider how the English, too, suffered in those mills and in those awful cities! I also despise the governors of southern states and the sheriffs of southern counties, and I also want your child to have a decent education and rise as high as capabilities will permit. I have nothing against you, nothing! What have you got against me? What do you want? But on the same day, in another gathering and in the most private chamber of his heart always, the white American remains proud of that history for which he does not wish to pay, and from which, materially, he has profited so much.

On that same day in another gathering, and in the most private chamber of his heart always, the black American finds himself facing the terrible roster of his loss: the dead, black junkie; the defeated, black father; the unutterably weary, black mother; the unutterably ruined, black girl. And one begins to suspect an awful thing: that people believe that they deserve their history, and that when they operate on this belief, they perish. But one knows that they can scarcely avoid believing that they deserve it: one's short time on this earth is very mysterious and very dark and very hard. I have known many black men and women and black boys and girls who really believed that it was better to be white than black; whose lives were ruined or ended by this belief; and I, myself, carried the seeds of this destruction within me for a long time.

The American situation is very peculiar and it may be without precedent in the world. No curtain under heaven is heavier than that curtain of guilt and lies behind which white Americans hide. The curtain may prove to be yet more deadly to the lives of human beings than that Iron Curtain of which we speak so much and know so little. The American curtain is color. Color. White men have used this word, this concept to justify unspeakable crimes and not only in the past but in the present. One can measure very neatly the white American's distance from his conscience--from himself--by observing the distance between white America and black America. One has only to ask oneself who established this distance, who is this distance designed to protect, and from what is this distance designed to offer protection?

I have seen all this very vividly, for example, in the eyes of southern law enforcement officers barring, let us say, the door to a courthouse. There they stood, comrades all, invested with the authority of the community, with helmets, with sticks, with guns, with cattle prods. Facing them were unarmed black people--or, more precisely, they were faced by a group of unarmed people arbitrarily called black whose color really ranged from the Russian steppes to the Golden Horn to Zanzibar. In a moment, because he could resolve the situation in no other way, this sheriff, this deputy, this honored American citizen, began to club these people down. Some of these people might have been related to him by blood. They are assuredly related to the black mammy of his memory and the black playmates of his childhood. And for a moment, therefore, he seemed nearly to be pleading with the people facing him not to force him to commit yet another crime and not to make yet deeper that ocean of blood in which his conscience was drenched, in which his manhood was perishing. The people did not go away, of course; once a people arise, they never go away (a fact which should be included in the Marine handbook). So the club rose, the blood came down, and his bitterness and his anguish and his guilt were compounded.

And I have seen it in the eyes of rookie cops in Harlem--rookie cops who were really the most terrified people in the world, and who had to pretend to themselves that the black junkie, the black mother, the black father, the black child were of different human species than themselves. The southern sheriff, the rookie cop, could, and, I suspect still can, only deal with their lives and their duties by hiding behind the color curtain--a curtain which, indeed, eventually becomes their principal justification for the lives they lead.

They thus will barricade themselves behind this curtain and continue in their crime, in the great unadmitted crime of what they have done to themselves.

White man, hear me! A man is a man, a woman is a woman, a child is a child. To deny these facts is to open the doors on a chaos deeper and deadlier and, within the space of a man's lifetime, more timeless, more eternal, than the medieval vision of Hell. White man, you have already arrived at this unspeakable blasphemy in order to make money. You cannot endure the things you acquire--the only reason you continually acquire them, like junkies on hundred-dollar-a-day habits--and your money exists mainly on paper. God help you on that day when the population demands to know what is behind that paper. But, even beyond this, it is terrifying to consider the precise nature of the things you have bought with the flesh you have sold--of what you continue to buy with the flesh you continue to sell. To what, precisely, are you headed? To what human product precisely are you devoting so much ingenuity, so much energy?

In Henry James's novel, The Ambassadors, published not long before James's death, the author recounts the story of a middle-aged New Englander, assigned by his middle-aged bride-to-be, a widow, the task of rescuing from the flesh pots of Paris her only son. She wants him to come home to take over the direction of the family factory. In the event, it is the middle-aged New Englander, the ambassador, who is seduced, not so much by Paris as by a new and less utilitarian view of life. He counsels the young man "to live, live all you can; it is a mistake not to", which I translate as meaning "trust life, and it will teach you, in joy and sorrow, all you need to know." Jazz musicians know this. The old men and women of Montgomery--those who waved and sang and wept and could not join the marching, but had brought so many of us to the place where we could march--know this. But white Americans do not know this. Barricaded inside their history, they remain trapped in that factory to which, in Henry James's novel, son returned. We never know what this factory produces for James never tells us. He conveys to us that the factory, at an unbelievable human expense, produces unnamable objects. 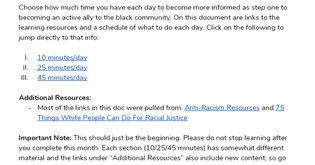 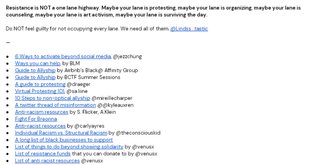 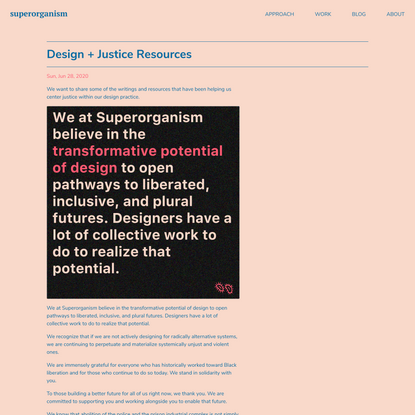 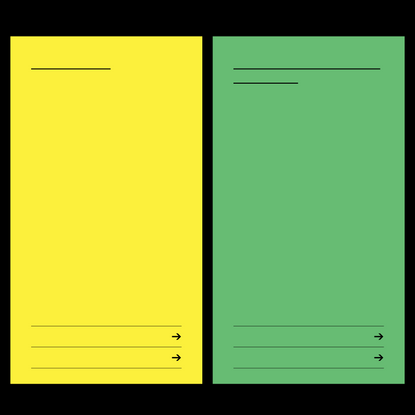 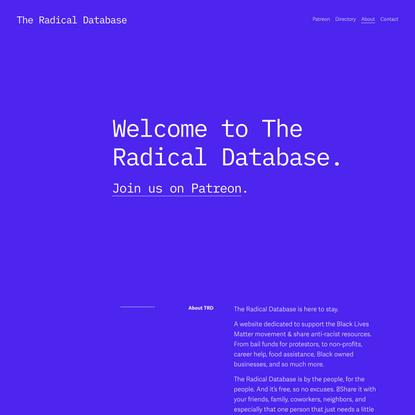