Shit business owners think about or should be thinking about

That’s why it’s worth so much.

Sure, you can outsource. You can look for shortcuts. You can hire folks. You can use mailmerge. You can even send it to voice mail.

But all of these time shortcuts fail to express the thing we want the most.

Your time, my time, their time–we all get the same number of minutes per day.

If you spend them on someone, they can tell.

If you sell your time as the measure of the work you do, the work is over when the shift ends. Clock in, clock out.

If you sell your output as the measure of the work, your work is over when the inbox is empty. Once you’ve made all the pizzas that were ordered, you’re done.

In a competitive marketplace, self-regulating the length of our shift is a lot to ask. Given that the list of things to do is intentionally endless, it’s on each of us to decide what ‘enough’ looks like. Because more time isn’t always the answer. 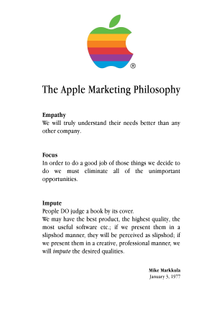 The urge to make things beyond the demands of shelter or sustinence pushed us to build something greater and more lasting than ourselves.

Having no work on our site has allowed us to have natural conversations about the capabilities and work of the studio instead of potential clients assuming what we can and cannot do. 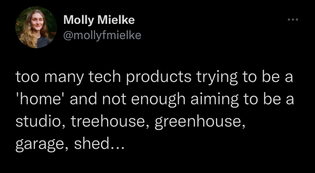 Steve’s focus was completely different, and it never changed. It was exactly the same focus from the first time I met him to right to the very end: the product. We trust if we do a good job and the product’s good, people will like it. And we trust that if they like it, they’ll buy it. If we’re competent operationally, we will make money.”

Becoming Steve Jobs: The Evolution of a…

Hire people who give a shit.
https://alexw.substack.com/p/hire

“Over time interviewing, I’ve found that I mainly screen for one key thing: giving a shit. To be more specific, there’s actually two things to screen for:

they give a shit about Scale, and

they give a shit about their work in general.

The first is critical, and will only become more important as time goes on. There is no future if we hire people who do not identify with our mission, our product, and our problem. We will become an undifferentiated crowd of uninspired people who will not have a shot at creating a generational company. While it is not guaranteed that someone who gives shit will do great work, it is guaranteed that they will not do good work if they do not give a shit.”

“As an early stage startup, it’s nearly impossible someone would join Scale for credentials—nobody knew who we were, nor did we have any reputation.”

“But as we’ve grown and will continue to grow, it will be more common for people to interview for the brand rather than the substance. In fact, most growing companies often miss this effect entirely, and simply observe the fact they’re getting far more top-of-funnel. It makes it much easier to recruit raw numbers, but what often is missed is that the ROI of the hires drops dramatically. Before you know it, the majority of the company begins to resemble a university: there’s a constant churn of smart but uninvolved people who stay for a few years, and never dive deep enough to do meaningful work. Unless you actively fight against it, it will happen.”

“A recruiting team that looks like a college admissions office is certain death for a startup. If you’re built to simply sift through a swarm of homogeneous candidates, then on the other side you will simply get a higher credentialed homogeneous soup. Recruiting done right looks more like courtship. You need there to be a spark, and sometimes that is preceded by months of convincing and pursuit. Ultimately, you’re searching for people you’d be willing to spend every waking moment with, since if things go right, there will be many long nights”

“The second (giving a shit about work in general) is equally important. It’s possible to fake fervor in the course of an interview and say the right things to convince us of enthusiasm for Scale, but the proof is in the pudding. If someone is applying to Scale and has never been deeply obsessed about something before, then it’s a bad bet to think Scale will be the first. I have a particular line of questioning around this:

What’s the hardest you’ve ever worked on something?

How many hours were you working a week?

When were you the most unmotivated in your life?

What’s the thing you’re the most proud of?

Do you think it was worth it?

For an obsessed person, it’s always worth it.”

“For example, it’s absolutely shocking that the common paradigm for engineers at Google is to come in at 11am and leave at 4pm. In no world can you be working 5 hours a day and be giving a shit, and so the conclusion is that very little meaningful work gets done at Google. Maybe a bit of a hyperbole, but not far from the truth. That culture is broken.

One of the worst trends in Silicon Valley is conflating the company’s culture with the company’s cosmetics. The flexible work hours, open desk layout, office designs, lack of office attires, and perks often paint the picture of the culture of the company. But that’s absolutely silly—no perk tells me anything meaningful about the company, other than how comfortable with spending money they are. The company is the culture”