Sign up or Log in
Are.na
Andrew Chambers
Speculative Currency
Info
—
1 Follower
This channel appears in
Community technology/ the multi-player 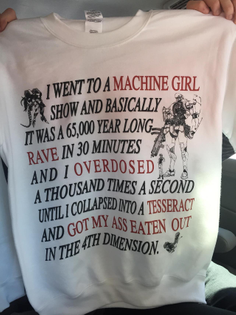 The term magic is very elusive. A lot of people might first think of dragons, dwarves and elves. Others might think of crystals, reiki, and tarot cards. Real, or imaginary, magic seems to be about knowledge and control over the true workings of the world, its hidden powers, and one’s position in it. Etymologically, magic comes from Old Persian and might have described someone able, in possession of power.

Magic has been invested with positive and negative connotations alike through the centuries. Under Christianity, it meant anything to do with paganism or witchcraft and suspected practitioners were burned at the stake. Occult societies, on the other hand, saw magic as the way to spiritual enlightenment. Scholars argue about whether magic and religion can even be treated as different things, and due to its ambiguity the term magic has rarely been used in academic papers since the 1990s

Colloquially, however, magic is everywhere. And it's ungraspable, not just as a term. Stage magic for example relies completely on the deception of the audience. Magic is something that cannot be explained—whether it’s because one cannot explain it (lack of understanding) or because it actually cannot be explained (supernatural). Magic is something that just works. In this way, magic is quite similar to, for example, technology or the economy—the things we believe in today, instead of magic.

Ultimately, magic is a belief system (or several) and these beliefs have been communicated and upheld through different media. Letters could be shaped into amulets, rituals are held in digital environments. Both images and (hyper)text have even been invested with magical qualities themselves. In these cases image making and magic coincide, and the image maker becomes a magician.

Magic images can be be black boxes or white boxes, and image makers can be black-hat or white-hat magicians. I’m trying find out what makes these images magical and what this magical perspective means for the practice of graphic design. In my thesis I discuss in three parts how magic is connected to literacy, how magic is mediated through images, and, ultimately, how image makers can be magicians.

I'm wondering: what is the role of the designer in a world full of magic and can he use magic to create his own world?

You can read the whole text online at thesis.lukasengelhardt.net Have people in the English-speaking world not only take witchcraft seriously, but have them think it is something contagious and subversive, like Socialism or abolitionism. That should ensure more vigour in the prosecution.

As Christianity increasingly dwindles in popularity with young Americans, the occult is offering girls a safe, flexible, and feminist-friendly alternative. 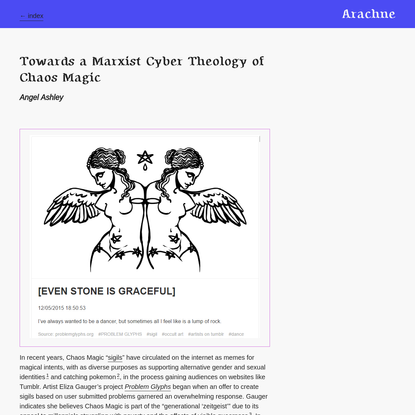 Towards a Marxist Cyber Theology of Cha… 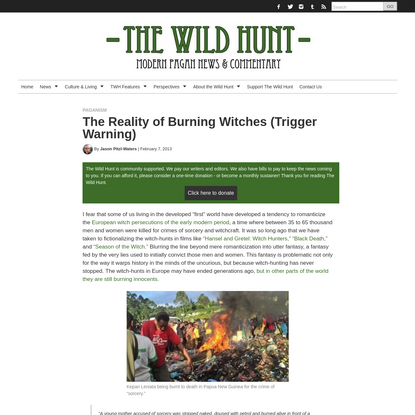 The Reality of Burning Witches (Trigger… 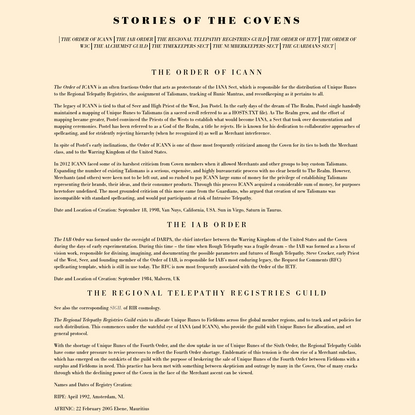 Stories of the Covens 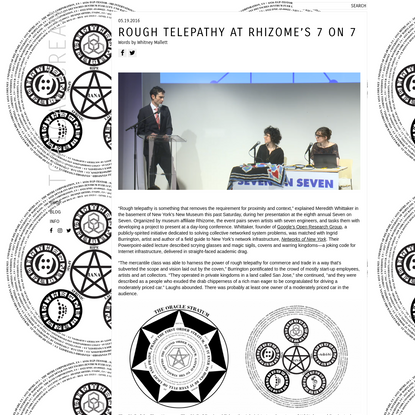