Is there more to say? Of course, but not in prose. Read Bunting's Chomei at Toyama and Notes on a Fly-Leaf; Cavafy's Il Gran Rifiuto, Keeley & Sherrard translation; Canto XV of the Inferno, Pinsky translation. You might learn something.
— Curtis Yarvin https://urbit.org/blog/a-founders-farewell/ 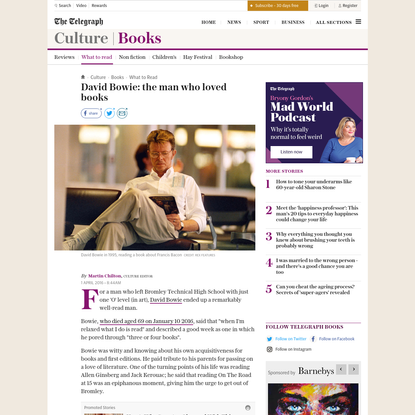 It has been said that the members of Radiohead probably read more than their fans, and that as the most avid reader among them, Colin has downloaded a library. Colin, who has a degree from Cambridge University in English Literature, has been known to mention upwards of 15 different books in a single interview, apparently favoring history (twentieth century Europe) and modern American literature, and has wistfully called Radiohead the E.M. Foster of rock. In 2004 he served as a judge for the Arts Council England’s Next Generation Poets contest.

...hanging out with Radiohead is kind of like getting high with librarians. At one point, I ask Colin, who is married to American writer and literary critic Molly McGrann, a theoretical question: if the music of Radiohead were a work of literature, would it be fiction or non fiction?

I think it would be nonfiction,” he says. “Thom’s lyrics are sort of like a running commentary on what’s happening in the world, like you’re looking out of the window of a Japanese bullet train a things are sort of flying by. It’s like a shutter snapping in succession.
Spin, June 2003

Here are some of the many books and authors Colin has mentioned enjoying over the years. Why not run down to your local independent bookstore today and pick up one or two?
- Martin Amis
- Walter Benjamin
- Louis De Bernieres — Captain Corelli’s Mandolin
- Piers Brendon — Dark Valley: A really good book about the thirties and a theory about America’s retreat into isolationism and the economic meltdown that kicked off the general global crisis in the thirties. It’s definitely something that’s got a lot of relevance today with, like, Bush’s hair-brained lack of foreign policy now and a general economic decline and spelunking off into abstracted isolationism.
- Anne Carson — Men in the Off Hours
- Raymond Carver
- Willa Cather — The Song of the Lark
- Michael Chanan — Repeated Takes: One of the books we read a few years ago that had a big effect on us was Repeated Takes by Michael Chanan. It looks at the psychology of recording and repetition and how it works on your brain. At how music moves from social to private spaces. He regards the Walkman as Satan and the orchestra of Mozart as the pinnacle.
- John Cheever — Bullet Park
- Nick Cohen — What’s Left
- Douglas Coupland — Generation X
- Richard Dawkins — The Selfish Gene
- Devarahi — The Complete Guide to Synthesizers
- William Faulkner — Absalom, Absalom
- Jonathan Franzen — How to Be Alone
- Fred Goodman — The Mansion On The Hill: About America’s music history and its collision and collusion with commerce.
- Niall Griffiths
- Herve Guibert — To the Friend Who did Not Save My Life
- David Guterson — Snow Falling on Cedars
- Naomi Klein — No Logo
- Hanif Kureishi — The Buddah of Suburbia
- Amin Maalouf — Samarkand: An account of the life and times of the Persian poet and sage Omar Khayyam.
- Alistair Macleod — The Last Salt Gift of Blood; No Great Mischief
- Patricia Meehan — A Strange Enemy People
- Arthur Miller — Time Bends: analysis can be crippling thing and self-consciousness can be a crippling thing, but it can also be a source of great creativity, and articulation of crises of thought can be a great thing in itself.
- Vidiadhar Naipaul
- Thomas Pynchon
- Delmore Scharwz — In Dreams Begin Responsibilities
- Bernhard Schlink — The Reader
- Brian Thompson — Imperial Vanities
-Alexandra Ritchie — Faust’s Metropolis: there’s a really good one on Berlin by Alexandra Ritchie... She’s just written this amazing book about the history of Berlin from the seventeen-eighties, I think, through towards present day, or whatever, just after the Cold War ended. Just an amazing book.
- Alex Ross — The Rest Is Noise: I’m so excited that Alex has won [the Guardian first book award], for such an entertaining, accessible and enthralling book, about a subject often closed off as too difficult or obscure.

“He’s written a brilliant, bracing account of all the different kinds of ‘classical’ music that have permeated this last dark century. He writes so well about the human relationships and struggles, about Mahler and Strauss, Stravinsky and Sibelius, and uses their art to tell the story of the various totalitarianisms and cataclysms that have blighted our world.
“Alex does a difficult thing so well - that is writing about sound. You may not have been there when he heard it, but his description of sound and music puts you near as dammit into the auditorium. In this new, digital, democratic world, where we can demand to hear whatever we want, we’re lucky to have him as our guide. 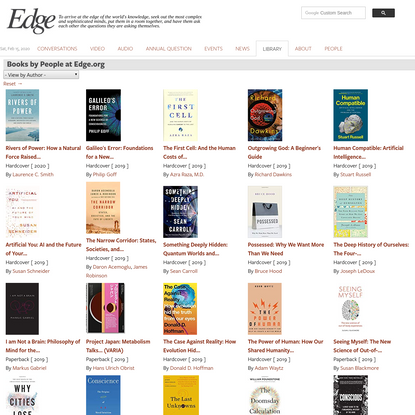