Rumours of the death of the political left have been exaggerated. Corbyn, like Syriza in Greece, Podemos in Spain and the Scottish National Party, is an immune response from a sick and suffering body politic trying to fight off a chronic infection that threatens to swallow hope for ever. There is a crisis in representative democracy in the west and it was established well before the stock-market collapse of 2008. The old centre left is at odds with its electorate because it decided for itself the limits of what was politically possible a decade ago. 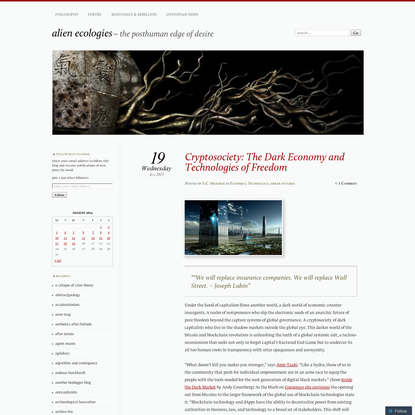