Sign up or Log in
Are.na
baab .
Info
—
View
ChannelsBlocksIndexAll
Sort
Recently updatedRecently created
wait, i have to write that down
by ette #
97 blocks • 4 days ago

“you can’t kiss international waters!!” (referring to herself)

a Problem’s actions must be: 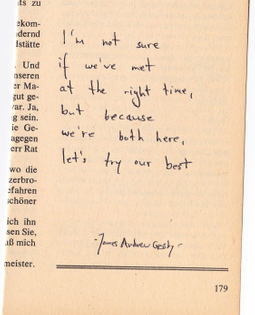 kiss on the forehead

"to love another person is to see the face of god" 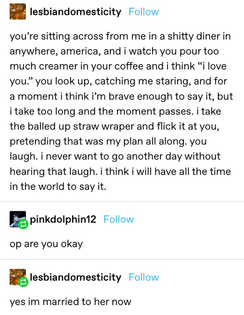 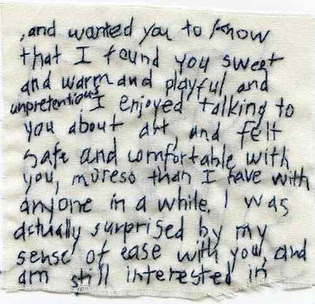 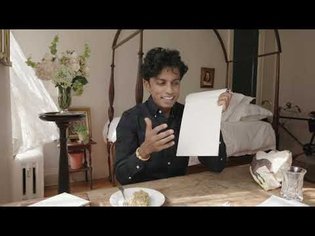 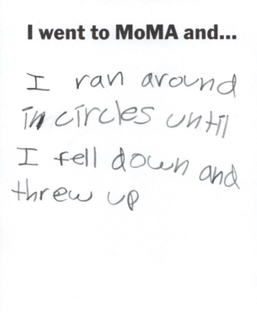 "You should marry me."

The silence that followed that question was as heavy as the sun beating down on us. I held my hand up to block out the sunlight, wincing as my eyes constantly had to readjust to the unbearable heat and light surrounding us. I could hear birds somewhere in the distance, and perhaps they were singing to celebrate such wonderful weather, but it was more likely that they were whining about the godforsaken heat.

"You've made me so miserable." Basil continued. He was looking around, his attention never staying on one thing for too long, whether it be the flower beds, the trees, the birds, the sky. "I've been up every night this week, agonising. It's entirely possible I've fallen in love with you. If you don't marry me, I'll fling myself off a cliff."

"Don't be dramatic. There are no cliffs nearby." I looked down at the grass, folding my arms because my hand was tired from being raised for so long. "Why would you ask me that?" I eventually said. "You're absolutely insufferable. That's such an awful, awful question to ask me. I..." I started pacing around, needing to push through my thoughts despite the burning sun making my mind sluggish, despite Basil's ridiculous proposal making my heart thunder away in my chest. "I can't believe you would ask me that!"

"I'm in love with you too!" I almost yelled, but instead my voice had fallen into a murderous whisper. "Do you think it's fair that I've spent every day this summer watching you pine over Océanne only for you to decide you want me now that she's engaged? How many times have you fallen in love this summer, Basil?"

Basil seemed to hate that question. His expression darkened and he looked away.

"How many times?" I insisted.

He clicked his tongue, his gaze now fixed on the flower beds. "5."

"Don't ask me that again." I said, wrapping my arms around myself even though all it did was make me hotter. "Don't bring it up to anyone else, either. It'll cause trouble." And it would, of course it would. Basil was loved in the same way he was hated, and he was disciplined in the same way he was wild, and there was no way my family would ever accept someone as unpredictable as him. There was no way I could ever accept someone as fleeting as he was.

"Where are you going?" I asked as he walked away.

He glanced back at me, his eyes entirely vacant but also entirely full. "To fling myself off a cliff."