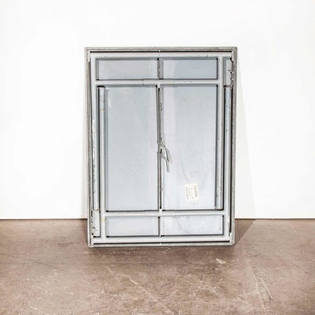 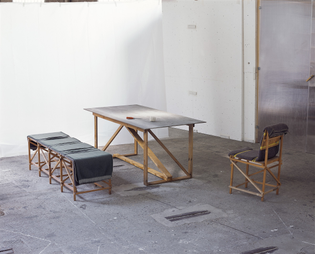 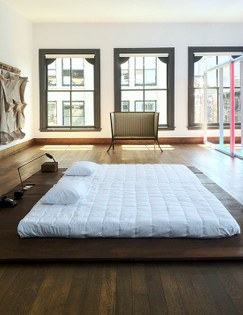 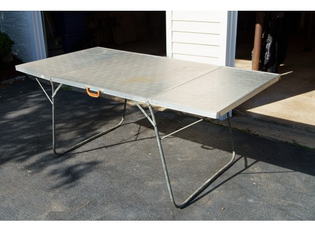 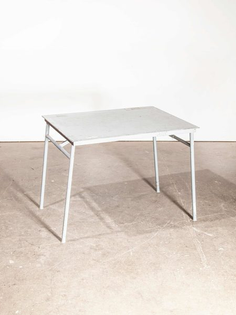 "I will remember your small room, the feel of you, the light in the window, your records, your books, our morning coffee, our noons, our nights, our bodies spilled together, sleeping, the tiny flowing currents, immediate and forever. Your leg, my leg, your arm, my arm, your smile and the warmth of you who made me laugh again." 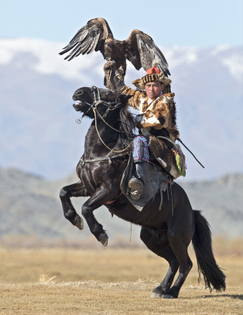 We have been up all night, my friends and I, beneath mosque lamps whose copper domes, as open-worked as our souls, yet had electric hearts. And while we trod our native sloth into opulent Persian carpets, we carried our discussion to the farthest limits of logic and covered sheets of paper with insane scrawls.

A vast pride swelled in our breasts, to feel ourselves standing alone, like lighthouses or advanced guards, facing the army of enemy stars that camp in heavenly bivouacs. Alone with the greasers in the infernal engine-rooms of great ships, alone with the dark phantoms that rummage in the red bellies of bewitched locomotives, alone with the drunks fluttering, battering their wings against the walls!

And unexpectedly, like festive villages that the Po in flood suddenly unsettles and uproots to sweep them off, over the falls and eddies of a deluge, to the sea, we were disturbed by the rumbling of enormous double-decker trams, passing in fits and starts, streaked with lights.

Then the silence got worse. As we listened to the exhausted prayer of the old canal and heard the grating bones of palaces moribund in their greenery whiskers, all of a sudden hungry cars roared beneath our windows.

"Come," I said, "my friends! Let us go! At last Mythology and the mystic Ideal have been surpassed. We shall witness the birth of the Centaur and, soon, we'll see the first Angels fly! We must shake the gates of life to test the hinges and the locks! ... Let us go! This is truly the first sun that dawns above the earth! Nothing equals the splendor of our red sword battling for the first time in the millennial gloom."

We approached the three snuffling machines to stroke their breasts. I stretched out on mine like a corpse in my coffin, but suddenly awoke beneath the steering wheel -- blade of a guillotine -- that threatened my stomach.

The great broom of folly tore us from ourselves and swept us through the streets, precipitous and profound like dry torrent beds. Here and there, unhappy lamps in windows taught us to despise our mathematical eyes. "The scent," I cried, "the scent suffices for wild beasts!"

And we pursued, alike to young lions, Death of the dark fur spotted with pale crosses that slipped ahead of us in the vast mauve sky, palpable and alive.

And yet we had no ideal Mistress high as the clouds, no cruel Queen to whom to offer our corpses twisted into Byzantine rings! Nothing to die for besides the desire to rid ourselves of our too weighty courage!

We went on, crushing the watchdogs on the thresholds of houses, leaving them flattened under our tires like a collar under the iron. Cajoling Death preceded me on every curve, offering her pretty paw and, by turns, lying flat with a jarring clamp of jaws to throw me velvety looks from the depths of puddles.

"Let us abandon Wisdom like a hideous vein-stone and enter like pride-spiced fruit into the vast maw of the wind! Let us give ourselves to the Unknown to eat, not for despair, but simply to enrich the unplumbable wells of Absurdity!"

As I spoke these words, I veered suddenly upon myself with the drunken folly of poodles chasing their own tail and there, at once, were two disapproving cyclists, reeling before me like two persuasive and yet contradictory arguments. Their inane undulations scanned over my ground.... What a bore! Phooey!... I cup off sharply and, in disgust, I pitched -- bang! -- into a ditch....

Ah! motherly ditch, half full of muddy water! Factory ditch! I tasted by mouthfuls your bracing slime that recalls the saintly black breast of my Sudanese nurse!

As I rose, a shiny, stinking gadabout, I felt the red-hot iron of joy deliciously pierce my heart.

A crowd of fishermen and gouty naturalists had gathered in terror around the prodigy. Patient and meddlesome, they raised high above great iron casting nets to fish out my car that lay like a great mired shark. It emerged slowly, leaving behind in the ditch like scales, its heavy body of common sense, and its padding of comfort.

They thought my good shark dead, but I awoke it with a single caress on its all-powerful rump and there it was, revived, running full speech ahead upon its fins.

Then, face hidden by the good factory slime, covered by metal dross, by useless sweat and heavenly soot, carrying out crushed arms in a sling, amid the plaints of prudent fishermen and distressed naturalists, we dictated our first wills to all the living men on earth:

FUTURISTIC MANIFESTO
1. We want to sing the love of danger, the habit of danger and of temerity.
2. The essential elements of our poetry will be courage, daring, and revolt.

militarism, patriotism, the anarchist's destructive gesture, the fine Ideas that kill, and the scorn of woman.

It is in Italy that we launch this manifesto of tumbling and incendiary violence, this manifesto through which today we set up Futurism, because we want to deliver Italy from its gangrene of professors, of archaeologists, of guides, and of antiquarians.

Italy has been too long a great secondhand brokers' market. We want to rid it of the innumerable museums that cover it with innumerable cemeteries.

Museums, cemeteries!... Truly identical in the sinister jostling of bodies that do not know each other. Great public dormitories where one sleeps forever side by side with beings hated or unknown. Reciprocal ferocity of painters and of sculptors killing each other with line and color in the same gallery.

What can one find in an old painting beside the embarrassing contortions of the artist trying to break the barriers that are impassable to his desire to wholly express his dream?

To admire an old painting is to pour our sensitiveness into a funeral urn, instead of throwing it forward by violent casts of creation and action. Do you mean thus to waste the best of you in a useless admiration of the past that must necessarily leave you exhausted, lessened, trampled?

As a matter of fact the daily frequentation of museums, of libraries and of academies (those cemeteries of wasted efforts, those calvaries of crucified dreams, those catalogues of broken impulses!...) is for the artist what the prolonged tutelage of parents is for intelligent young men, drunk with their talent and their ambitious will.

For the dying, the invalid, the prisoner, it will do. Since the future is forbidden them, there may be a salve for their wounds in the wonderful past.... But we want nothing of it -- we the young, the strong, the living Futurists!

Let the good incendiaries come with their carbonized fingers!... Here they are! Here they are!... Set the library stacks on fire! Turn the canals in their course to flood the museum vaults!... There go the glorious canvases, floating adrift! Take up the picks and the hammers! Undermine the foundations of the venerable cities!

The oldest among us are not yet thirty; this means that we have at least ten years to carry out our task. When we are forty, let those younger and more valiant than we kindly throw us into the waste basket like useless manuscripts!... They will come after us from afar, from everywhere, prancing on the light rhythm of their first poems, clawing the air with their crooked fingers, sniffing at academy gates the good scent of our rotting intellects already intended for the catacombs of libraries.

But we shall not be there. They will find us at last, on some winter night, out in the country, under a sad hangar on which the monotonous rain strums, crouching by our trembling planes, warming our hands over the miserable fire of our books of today gaily blazing under the scintillating flight of their images.

They will gather in a mob around us, panting with anguish and spite, and all exasperated by our untiring courage will bound forward to kill us with the more hatred for the love and admiration in their hearts. And Injustice, strong and wholesome, will glitter radiantly in their eyes. For art can be nothing but violence, cruelty and injustice.

The oldest among us are not yet thirty and yet we have already squandered great treasures, treasures of energy, of love, of courage and eager will, hastily, deliriously, countlessly, breathlessly, with both hands.

Look at us! We are not out of breath.... Our heart is not in the least tired! For it feeds on fire, on hatred, on speed!... You find it surprising? That is because you do not even remember having lived! -- Up on the crest of the world, once more we hurl our challenge to the stars!

Your objections? Enough! Enough! I know them! Fair enough! We know well enough what our fine, false intelligence asserts. -- We are only, it says, the summary and the extension of our forebears. -- Perhaps! Let it be so!... What does it matter?... But we don't want to listen! Beware of repeating these infamous words! Rather, look up!

Up on the crest of the world, once more we hurl our challenge to the stars!

"The Foundation of Futurism" ["Manifest…

“The placing of the personality in a particular part of the body is cultural. Most Europeans place themselves in the head, because they have been taught that they are the brain. In reality of course the brain can't feel the concave of the skull, and if we believed with Lucretius that the brain was an organ for cooling the blood, we would place ourselves somewhere else. The Greeks and Romans were in the chest, the Japanese a hand’s breath below the navel, Witla Indians in the whole body, and even outside it. We only imagine ourselves as ‘somewhere’.”

Here are some ways in which people unconsciously try to emphasize their form-identity. If you are alert enough, you may be able to detect some unconscious patterns within yourself: demanding recognition for something you did and getting angry or upset if you don't get it; trying to get attention by talking about your problems, the story of your illnesses, or making a scene; giving your opinion when nobody has asked for it and it makes no difference to the situation; being more concerned with how the other person sees you than with the other person, which is to say, using other people for egoic reflection or as ego enhancers; trying to make an impression on others through possessions, knowledge, good looks, status, physical strength, and so on; bringing about temporary ego inflation through angry reaction against something or someone; taking things personally, feeling offended; making yourself right and others wrong through futile mental or verbal complaining; wanting to be seen, or to appear important. Once you have detected such a pattern within yourself, I suggest you conduct an experiment. Find out what it feels like and what happens if you let go of that pattern. Just drop it and see what happens. De-emphasizing who you are on the level of form is another way of generating consciousness. Discover the enormous power that flows through you into the world when you stop emphasizing your form identity." 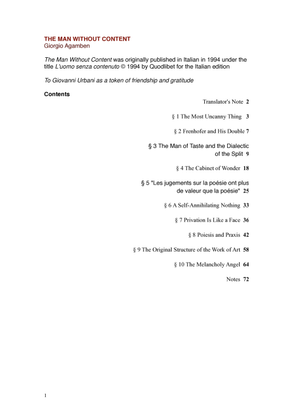 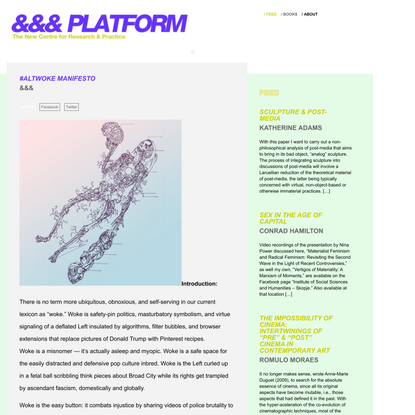 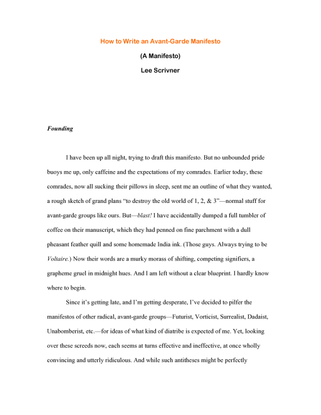 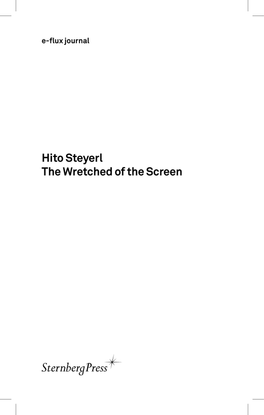 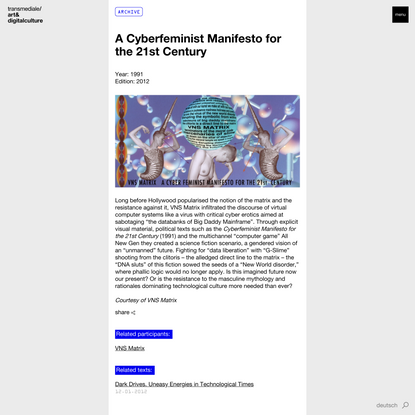