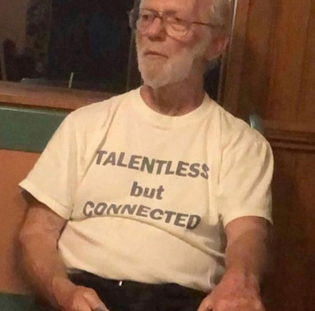 tumblr_pvxdi29ddp1qamghlo1_1280.jpg
chairs in predicaments
by Jon Dujaka
259 blocks • 11 days ago 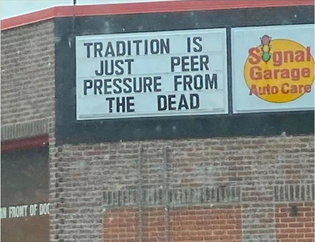 Single Use Websites
by Gemma Copeland
107 blocks • 2 days ago 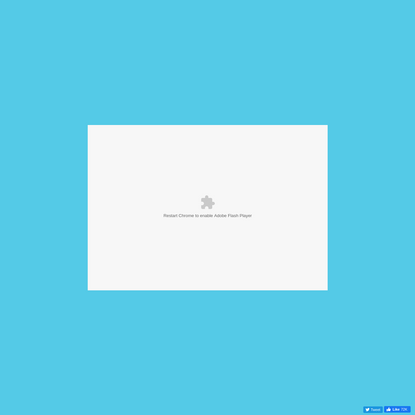 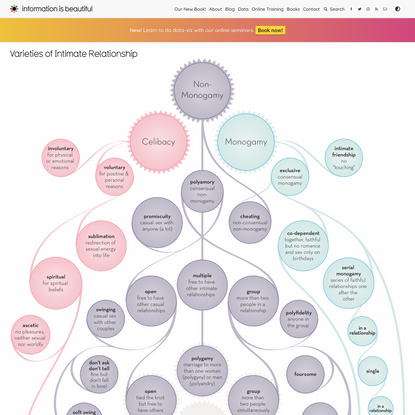 The Varieties of Intimate Relationship … 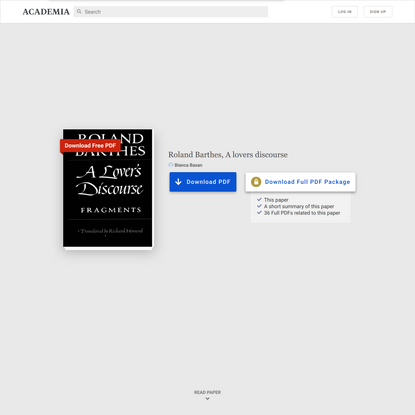 I’m interested in the possibility of a redemptive intimacy developing between strangers who agree to enter a relationship — not necessarily romantic — premised on unvarnished and intentional truth telling about our traumas and fears from the conception of the series of interactions. To turn inward and reveal who we really are and what we need in this moment, almost like descending from the mountaintop rather than climbing up it. The descent requires its own form of acclimatisation and is not to be underestimated. It’s intriguing to me then: working backwards from the most fundamental parts about me rather than trading high school anecdotes and much later, perhaps, the first instance of violence. I am also curious about how an awareness of a relationship being framed as an experiment impacts or directs the interactions that unfold. What festers at the root might be this: By removing judgment, do we create atmospheres ripe for flourishing? By laying out margins for trial and error from the outset, simple human flaw, do we craft a different type of relationship... one that is unthreatened and worthwhile? I want to disrupt the linearity of the ways we can relate to each other.

How does a shared history with people from formative periods of our lives impact the people we are trying to become now? Can personal links to that actually hinder the healing process and cloud present judgment based on the past? My recent self-examination has circled around freeing myself from my own past and baggage and whether embarking on that is as simple as a resilient mindset. I have often felt more freedom with the stranger, the person who has no direct connection to my histories: the places I have lived, my parents and friends, school and college. Inaccurate reputations and yes, past lovers. Maybe this freedom arises because there is no element of obligation nor expectation nor fear — no judgment and at least initially, caring about whether they like me or not. This allows me to be painfully honest. What if we could say to each other: I want to enter a mutual process of deconstruction with you, starting with the things I am most ashamed of.

Could we help each other grow sustainably? Let’s break away from the immediate gratification of certain connections and instead cultivate joy, healing, connection — free from attachment? 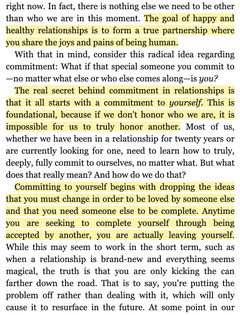 On types of commitment 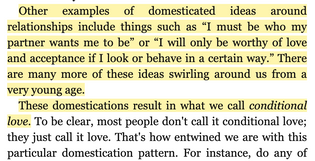 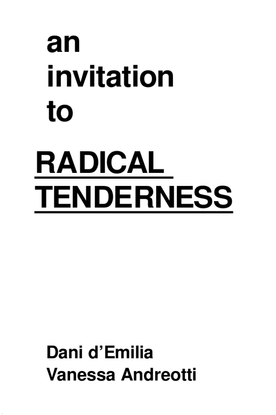 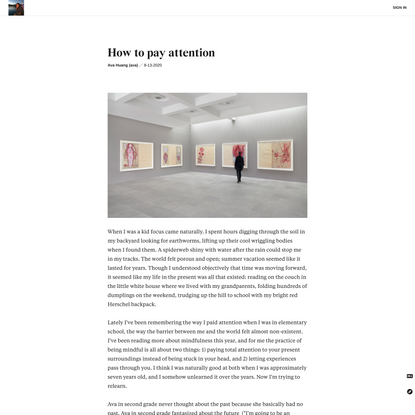 How to pay attention

The seven types of love discussed below are loosely based on classical readings, especially of Plato and Aristotle, and on J.A. Lee’s 1973 book Colours of Love.

Eros is sexual or passionate love, and is the type most akin to our modern construct of romantic love. In Greek myth, it is a form of madness brought about by one of Cupid’s arrows. The arrow breaches us and we ‘fall’ in love, as did Paris with Helen, leading to the Trojan War and the downfall of Troy and much of the assembled Greek army. In modern times, eros has been amalgamated with the broader life force, something akin to Schopenhauer’s will, a fundamentally blind process of striving for survival and reproduction. Eros has also been contrasted with Logos, or Reason, and Cupid painted as a blindfolded child.

The hallmark of philia, or friendship, is shared goodwill. Aristotle believed that a person can bear goodwill to another for one of three reasons: that he is useful; that he is pleasant; and, above all, that he is good, that is, rational and virtuous. Friendships founded on goodness are associated not only with mutual benefit but also with companionship, dependability, and trust.

For Plato, the best kind of friendship is that which lovers have for each other. It is a philia born out of eros, and that in turn feeds back into eros to strengthen and develop it, transforming it from a lust for possession into a shared desire for a higher level of understanding of the self, the other, and the world. In short, philia transforms eros from a lust for possession into an impulse for philosophy. Real friends seek together to live truer, fuller lives by relating to each other authentically and teaching each other about the limitations of their beliefs and the defects in their character, which are a far greater source of error than mere rational confusion: they are, in effect, each other’s therapist—and in that much it helps to find a friend with some degree of openness, articulacy, and insight, both to change and to be changed.

Storge (‘store-gae’), or familial love, is a kind of philia pertaining to the love between parents and their children. It differs from most philia in that it tends, especially with younger children, to be unilateral or asymmetrical. More broadly, storge is the fondness born out of familiarity or dependency and, unlike eros or philia, does not hang on our personal qualities. People in the early stages of a romantic relationship often expect unconditional storge, but find only the need and dependency of eros, and, if they are lucky, the maturity and fertility of philia. Given enough time, eros tends to mutate into storge.

Agape is universal love, such as the love for strangers, nature, or God. Unlike storge, it does not depend on filiation or familiarity. Also called charity by Christian thinkers, agape can be said to encompass the modern concept of altruism, defined as unselfish concern for the welfare of others. Recent studies link altruism with a number of benefits. In the short term, altruism leaves us with a euphoric feeling—the so-called ‘helper’s high’. In the longer term, it is associated with better mental and physical health, as well as longevity. At a social level, altruism serves as a signal of cooperative intentions, and also of resource availability and so of mating or partnering potential. It also opens up a debt account, encouraging beneficiaries to reciprocate with gifts and favours that may be of much greater value to us than those with which we feel able to part. More generally, altruism, or agape, helps to build and maintain the psychological, social, and, indeed, environmental fabric that shields, sustains, and enriches us. Given the increasing anger and division in our society, and the state of our planet, we could all do with quite a bit more agape.

Ludus is playful or uncommitted love. It can involve activities such as teasing and dancing, or more overt flirting, seducing, and conjugating. The focus is on fun, and sometimes also on conquest, with no strings attached. Ludus relationships are casual, undemanding, and uncomplicated but, for all that, can be very long-lasting. Ludus works best when both parties are mature and self-sufficient. Problems arise when one party mistakes ludus for eros, whereas ludus is in fact much more compatible with philia.

Pragma is a kind of practical love founded on reason or duty and one’s longer-term interests. Sexual attraction takes a back seat in favour of personal qualities and compatibilities, shared goals, and making it work. In the days of arranged marriages, pragma must have been very common. Although unfashionable, it remains widespread, most visibly in certain high-profile celebrity and political pairings. Many relationships that start off as eros or ludus end up as various combinations of storge and pragma. Pragma may seem opposed to ludus, but the two can co-exist, with the one providing a counterpoint to the other. In the best of cases, the partners in the pragma relationship agree to turn a blind eye—or even a sympathetic eye, as in the case of Simone de Beauvoir and Jean-Paul Sartre, or Vita Sackville-West and Harold Nicholson.

Philautia is self-love, which can be healthy or unhealthy. Unhealthy self-love is akin to hubris. In Ancient Greece, a person could be accused of hubris if he placed himself above the gods, or, like certain modern politicians, above the greater good. Many believed that hubris led to destruction, or nemesis. Today, hubris has come to mean an inflated sense of one’s status, abilities, or accomplishments, especially when accompanied by haughtiness or arrogance. As it disregards truth, hubris promotes injustice, conflict, and enmity.

Healthy self-love is akin to self-esteem, which is our cognitive and, above all, emotional appraisal of our own worth relative to that of others. More than that, it is the matrix through which we think, feel, and act, and reflects and determines our relation to ourselves, to others, and to the world.

Self-esteem and self-confidence do not always go hand in hand. In particular, it is possible to be highly self-confident and yet to have profoundly low self-esteem, as is the case with many performers and celebrities.

People with high self-esteem do not need to prop themselves up with externals such as income, status, or notoriety, or lean on crutches such as alcohol, drugs, or sex. They are able to invest themselves completely in projects and people because they do not fear failure or rejection. Of course they suffer hurt and disappointment, but their setbacks neither damage nor diminish them. Owing to their resilience, they are open to growth experiences and relationships, tolerant of risk, quick to joy and delight, and accepting and forgiving of themselves and others.

He whom love touches not walks in darkness.

7 Types of Love (there are many)