Sign up or Log in
Are.na
Becca Chairin
] Farming
Info
—
1 Follower
This channel appears in
Food, and ]] FOOD, AGRICULTURE 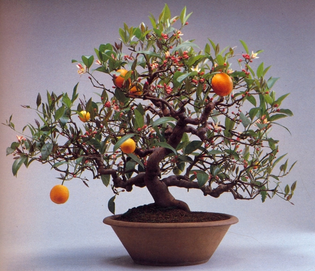 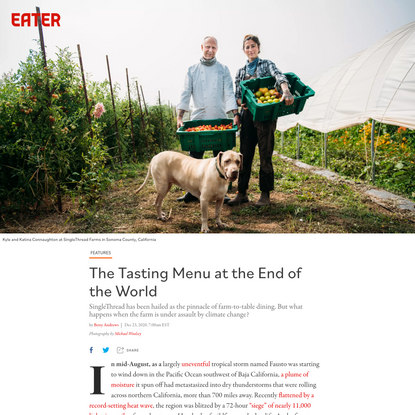 The Tasting Menu at the End of the Worl 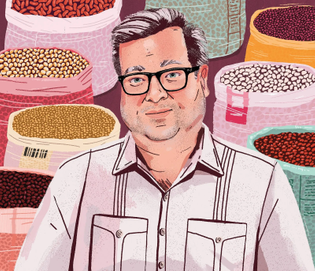 Then one day, in 2003, Thomas Keller came by. His restaurant, the French Laundry, which would later earn three Michelin stars, happened to be in Yountville. “I remember, he had probably a dozen different beans on the table,” Keller told me recently. “To get something that freshly dried was a revelation.” The bean that caught Keller’s eye was a greenish-yellow thing with a red-rimmed eye, like a soybean with a hangover. Called the Vallarta, it was on the verge of extinction when Sando found it, but it had a dense, fudgy texture and gave a good broth. “Steve had taken something that used to be just a dried bean and raised it to a new level, where the flavor was really intense and it cooked so much more consistently,” Keller said. Within a month, it was a staple of the French Laundry. Within a year, every chef in California seemed to be serving beans.

The hunt for Mexico’s heirloom beans 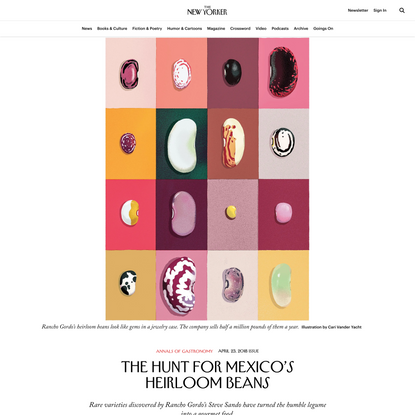 The Hunt for Mexico’s Heirloom Beans | …

90–94% of the world’s saffron comes from Iran, where it is grown mostly in the northeastern Khorasan region, which also includes parts of Afghanistan. A painstakingly intimate human endeavor, the harvesting of saffron requires the most delicate form of labor and attention. The spice comes from a purple flower which must be hand-picked. Aromatic and full of bright golden color, saffron is used to make dishes across Iran, with local variety too. Saffron is integral to the bright yellow color of tahchin, northern Iranian kateh, and to the jeweled zereshk-polow. Its subtle taste strikes through khoresht-e gheimeh bademjan and can be used to make a range of desserts including paloodeh Shirazi, sholeh zard, or saffron ice cream. Its use in Iran goes back to the 10th century BC, making it a part of Iran’s culinary and agricultural history, and carrying with it a sense of decadent ritual. And so, when a magazine like Bon Appétit highlights the ingredient without citing the ingredient’s historical and cultural use, it participates in an act of cultural erasure, reproducing the violence of sanctions.

Native American communities did not use plows or till the land. They used agroforestry and silviculture to control the growth and quality of the forests, terraced the land to prevent erosion, planted riparian buffers to protect sensitive areas, and grew both wild and domesticated foods.

Intercropping was common, as was maximizing living roots, and many tribes planted the “Three Sisters” (maize, squash, and beans together), a system which descended from the Mesoamerican planting system called milpa. Native farmers also used wood ash and fish waste as fertilizer. Such practices clearly benefited the soil: There are places in Mesoamerica that have been continuously cultivated for four thousand years and are still productive.

Using ruminants to fertilize and aerate soil was also practiced before cattle set foot in the U.S. plains tribes, for example, moved buffalo herds to specific areas to regenerate the land. Native Americans also regularly used patch-burning on the plains and forest understory burning to regrow fresh grass and attract bison, deer, and elk, which they hunted. These small intentional burns increased plant diversity, reduced invasive plants, and increased the numbers of plants and animals. They also reduced the risk of megafires (which release a lot more carbon than low-intensity controlled burns).

“Regenerative agriculture has become a way to save the day without addressing our white privilege.”

Loren Cardeli, executive director of A … 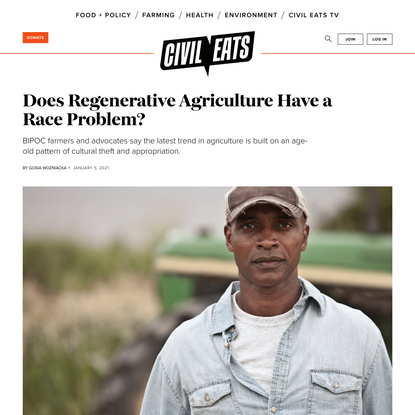