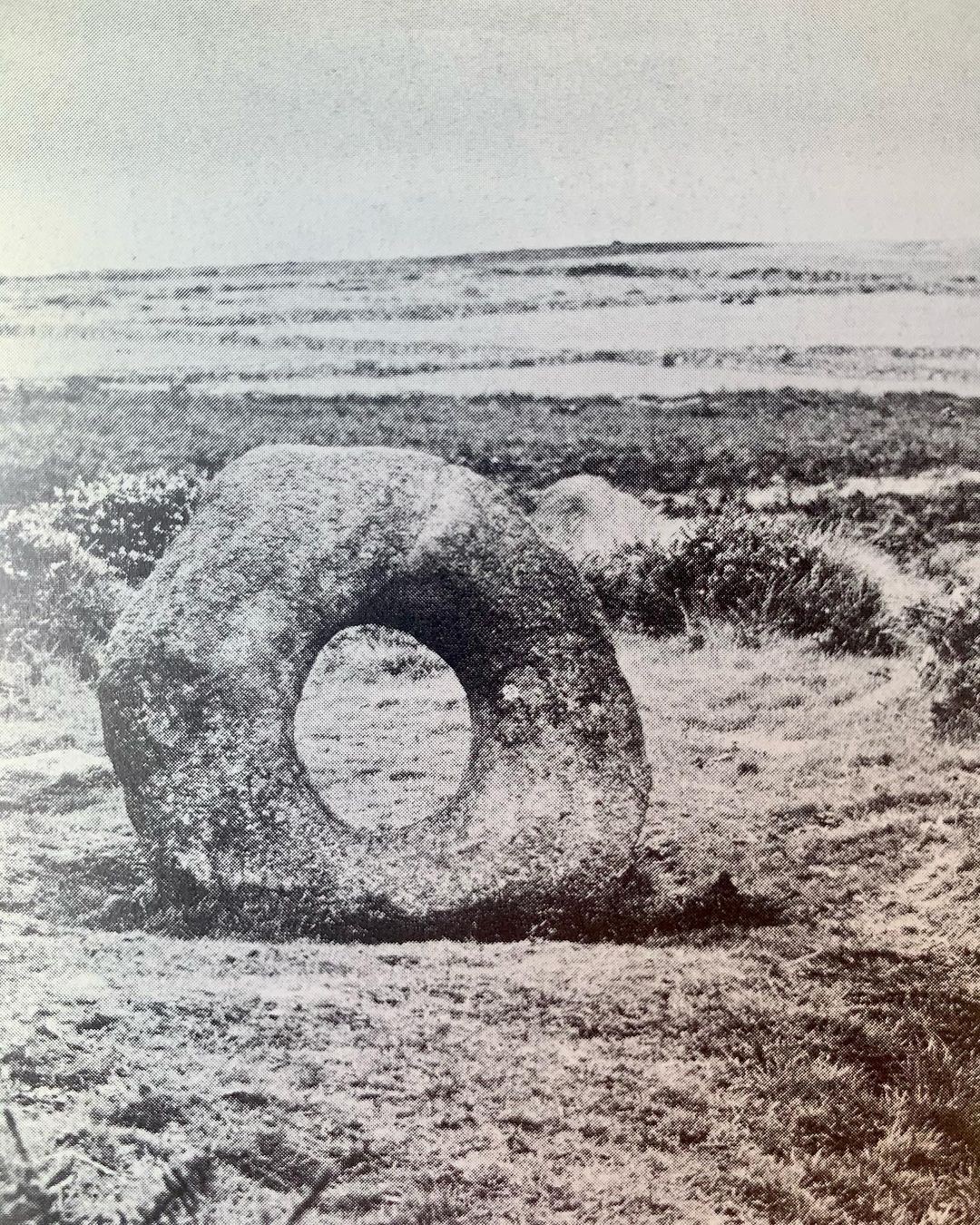 Their origins are a mystery and theories about their purpose remain varied, some believe its a burial place or a pagan altar—others, that certain stones can hold powerful currents passing through the earth & that the holes served as a focus for this power, which would pass into the body of, and give renewed vitality to, anyone climbing through the hole (as in the second image). The Holestone is believed to have been a place for betrothals - confirmed by the clasping of hands through the hole, which would point to evidence of ancient fertility rites. - From the 1972 book, “Mysterious Britain,” by Janet and Colin Bord.