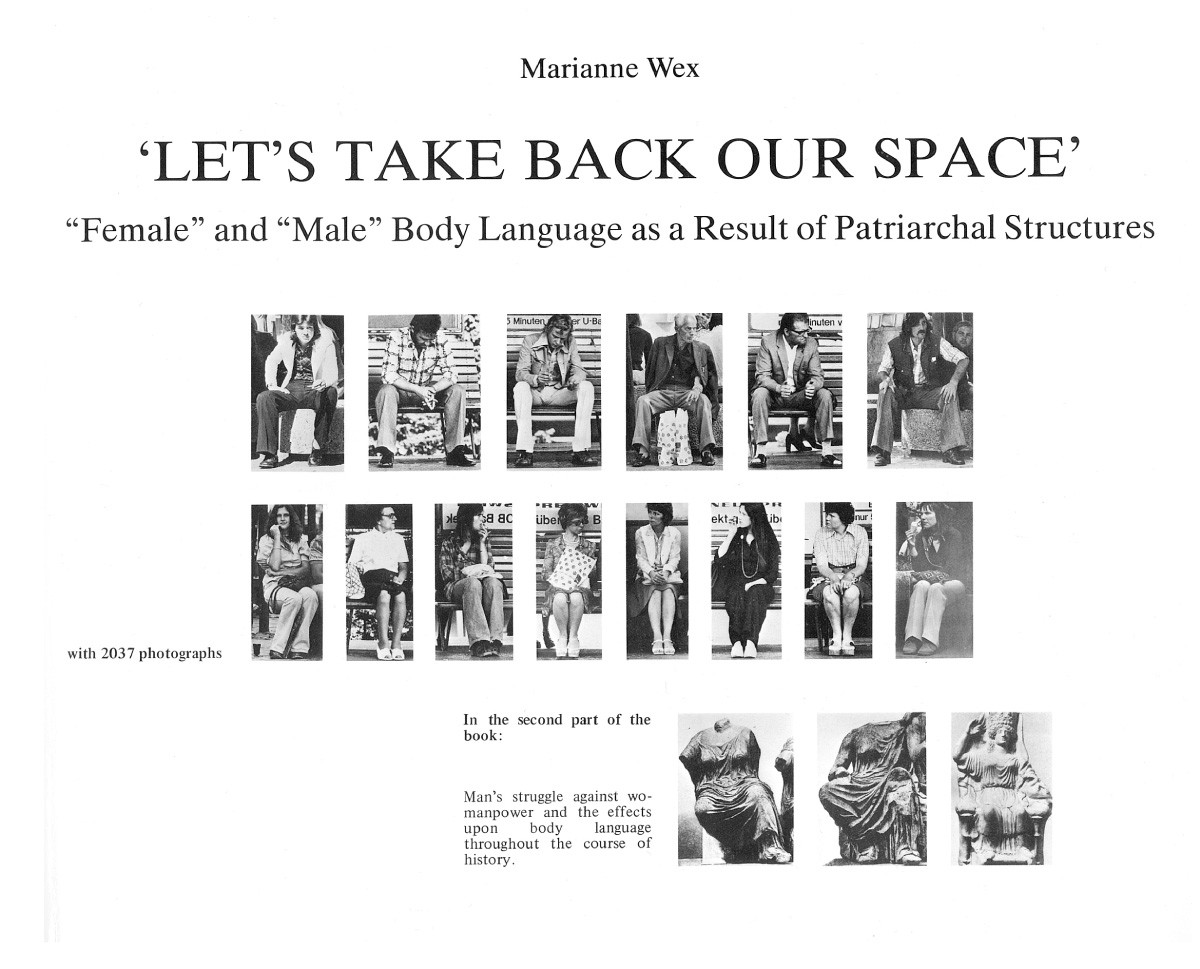 Wex began her artistic career as a painter. She eventually became interested in photography and body language. She started taking photographs around Hamburg. Eventually, these photographs developed into a collection of over 3,000 and would develop into her most notable work: "Let's Take Back our Space": 'Female' and 'Male' Body Language. The work is a collection of over 5,000 photographs that display different and similar forms of male and female body language in public, including public art in her examples. She collected these images between 1972 and 1977. The work, which was completed in 1979, has been exhibited internationally, and a book was published under the same title. Originally published in German, the book has since been translated into English and French. The work is cited as an important work in women's and gender studies, and feminist art.

Let's Take Back Our Space: Female and Male Body Language as a Result of Patriarchal Structures, 1979