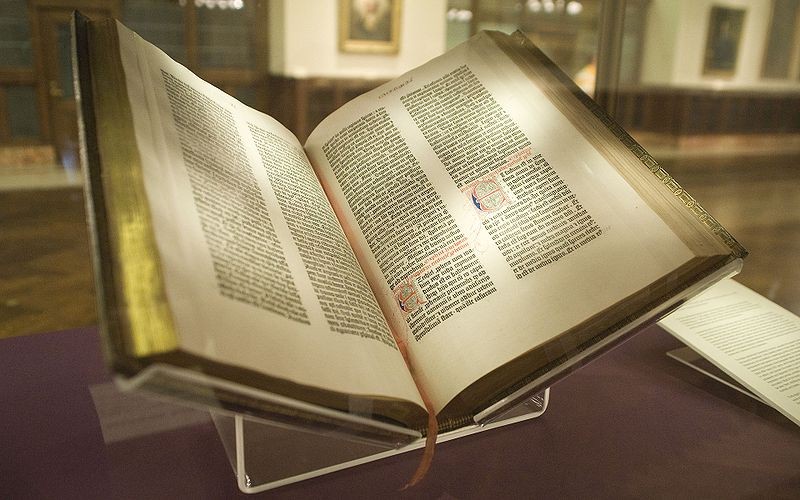 The most important and most influential work was the Latin Bible, also called Gutenberg-Bibel or B42, because it was printed with 42 lines per column.

The whole piece contained over 1200 pages and was to be produced 189 times.

Due to Gutenberg’s immense success with the projects he became widely known an honored for his extraordinary achievement. The Bible reached an iconic status due to its beauty and sophistication. It depicted the start of the “Gutenberg Revolution”