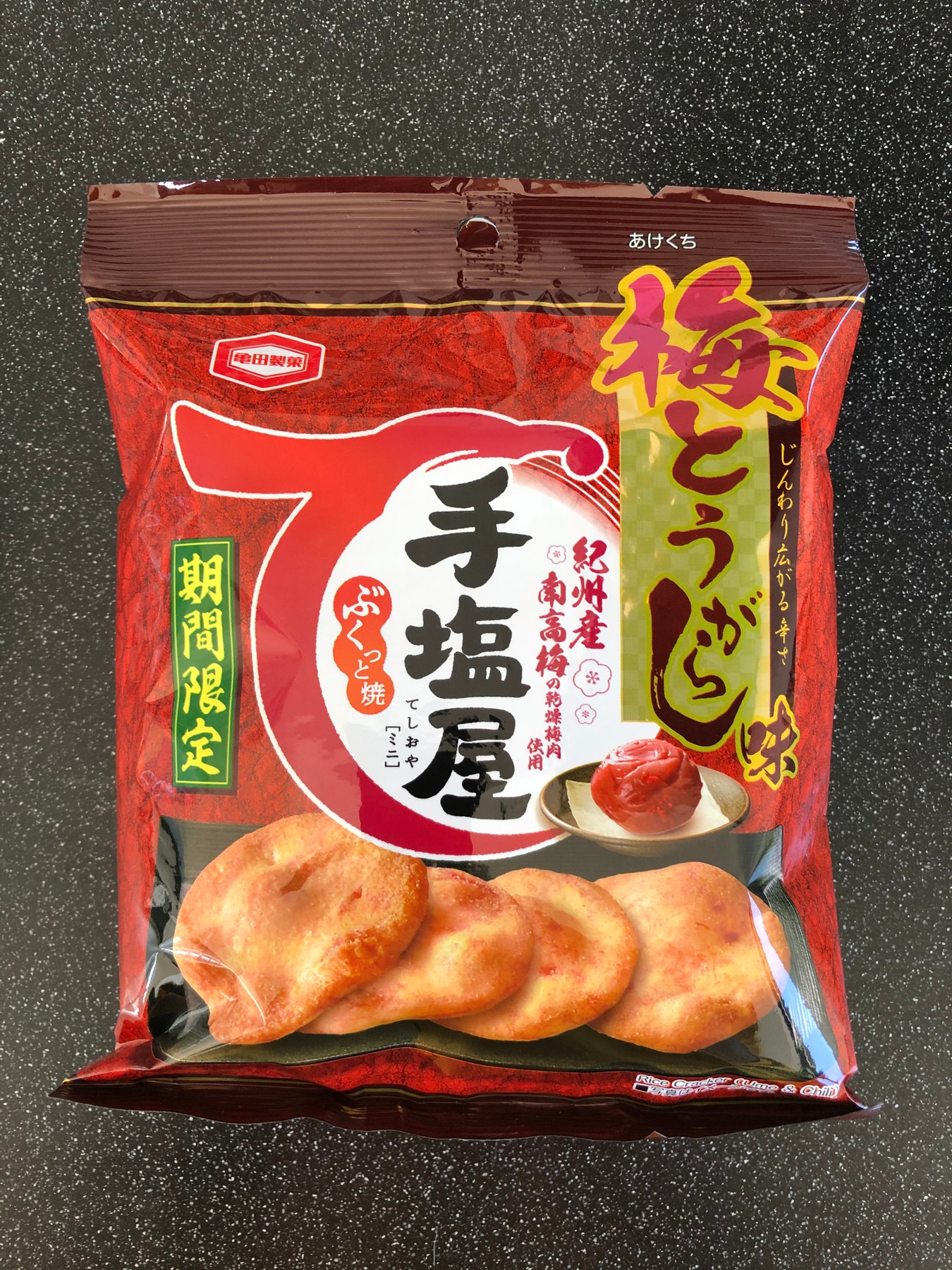 Another SMASH! from the fine folks at Kameda Seika. This brand of senbei is classic and iconic so I’ll just comment on this particular flavor*. The trick with these is that the default “salt” flavor are so perfect that any seasonal or otherwise special flavor has to not only be good on its own, but also at least as good as the regular. The good news is, these somehow are equally good as the original! They’re less versatile, so I think I’d still reach for the original 4 times out of 5. But they’re tasty enough to even consider, which is an accomplishment. I haven’t seen this particular flavor combo much, and it’s actually distinctive. This is refreshing because a lot of flavored snacks use essentially the same powder base (or if it’s technically different it’s utterly indistinguishable) despite having different names, so there’s a lot of repetition, which can be a disappointment. The ume component is mostly salty, but with a distinctive ume-snack tanginess at the back of your tongue. The pepper is subtle, and mostly something you experience after the fact—the spice isn’t really a flavor component, but it adds some nice complexity. The sides of your tongue tell you you ate something spicy, even if you didn’t notice at the time.

*although I have to point out that the reason they’ve been around so long is that the crunch and base flavor are unbeatable!