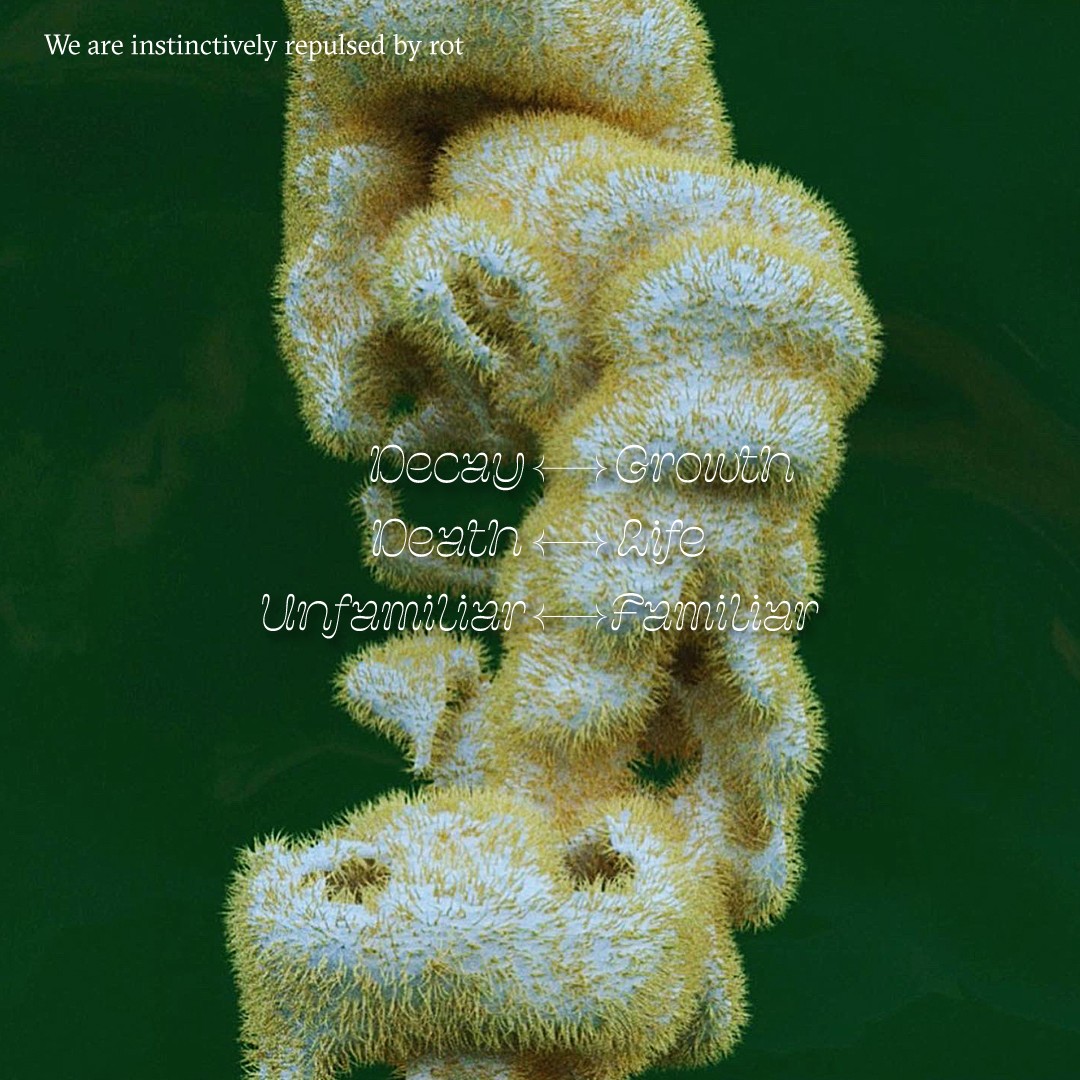 There is an interplay between decay and growth, while something is decaying it is simultaneously also growing. This interplay is synonymous to life and death as decaying is the end of something in order to begin a new life on top of it.

Life and death also represent the familiar and unfamiliar to us, because life is something we know as we live it but death is the unfamiliar.