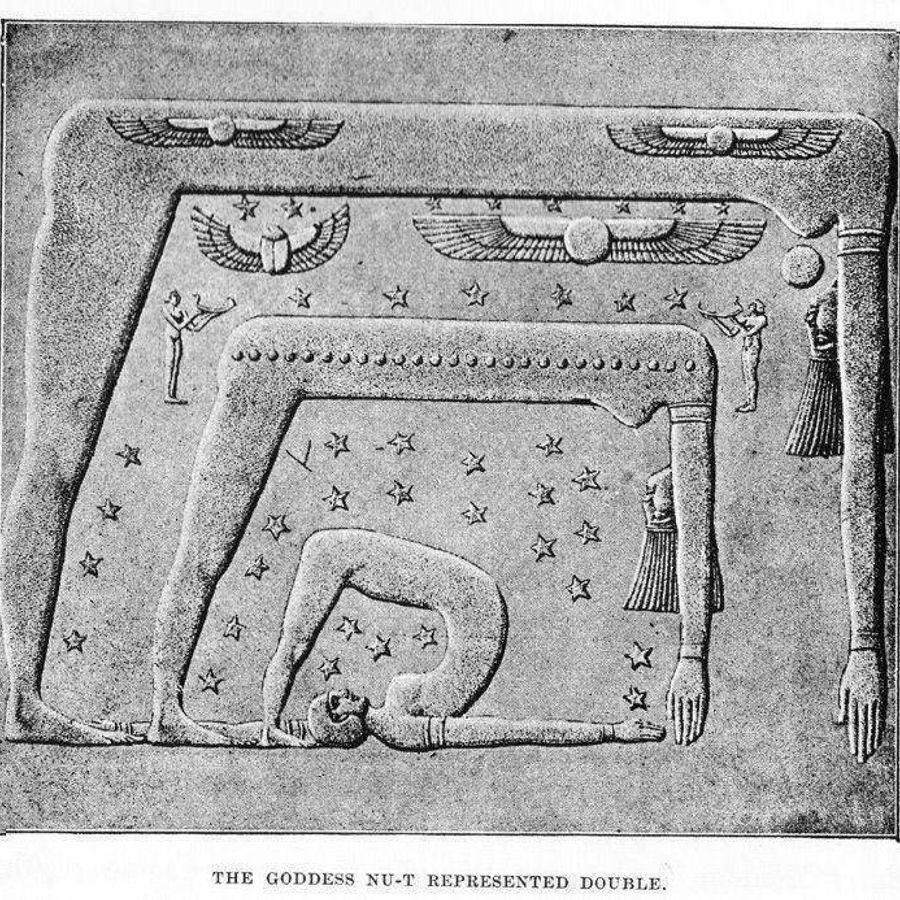 From The Dawn of Astronomy; J. Norman Lockyer, 1894

Sky Goddess NUT, represented double. She was seen as a star-covered nude woman arching over the earth, or as a cow, considered one of the oldest deities among the Egyptian pantheon, with her origin being found on the creation story of Heliopolis. She was originally the goddess of the nighttime sky, but eventually became referred to as simply the sky goddess.