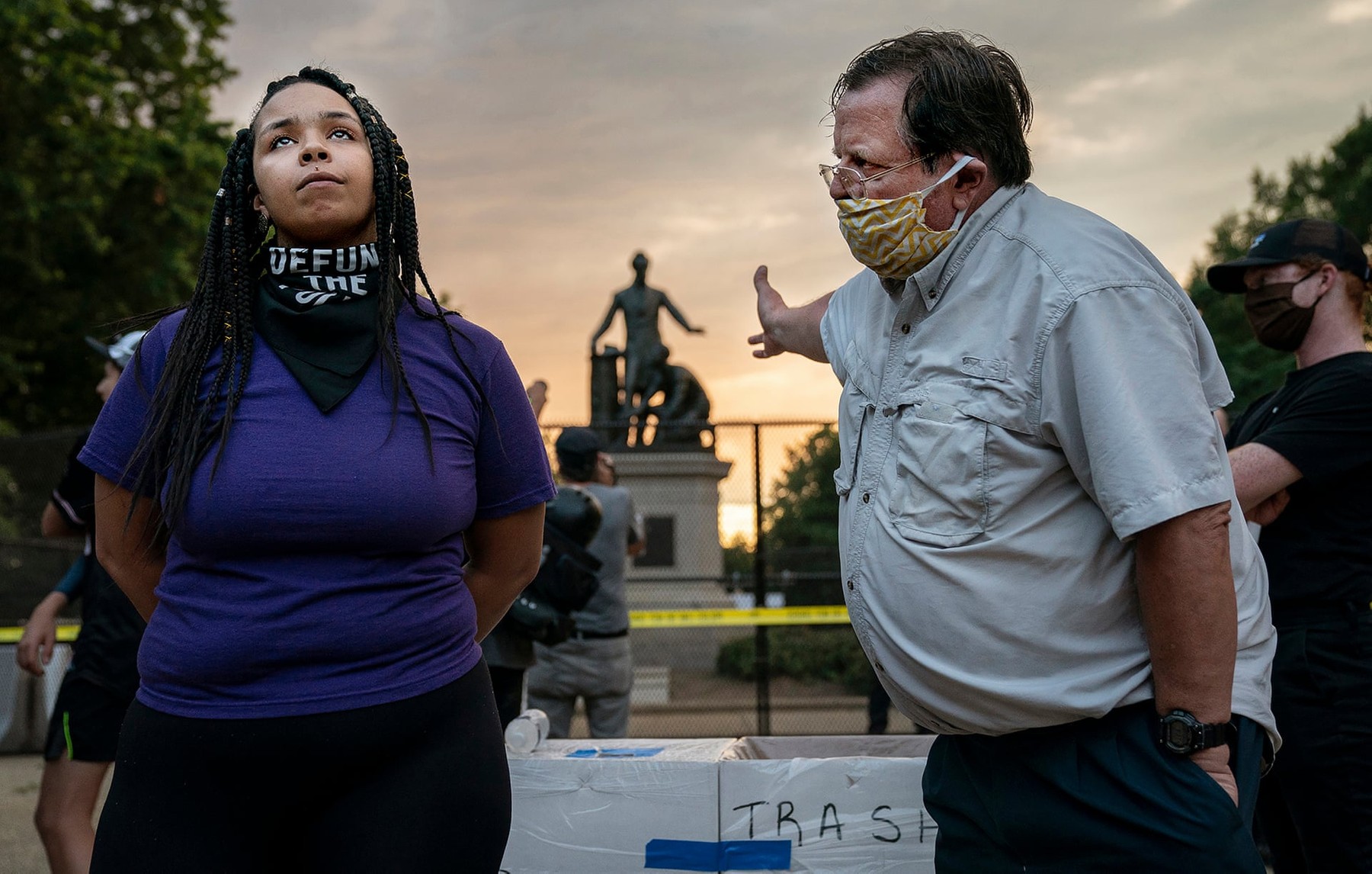 Anais, 26, who wants to remove the Emancipation statue in Lincoln Park in Washington DC, argues with a man who wants to keep it, on 25 June 2020. Critics say the Emancipation Memorial – which shows Lincoln holding a copy of the emancipation proclamation as an African American man in a loincloth kneels at his feet – is demeaning in its depiction of African Americans. The drive to remove the statue comes amid a wave of calls to take down monuments of Confederate generals
Photograph: Evelyn Hockstein for The Washington Post/World Press Photo 2021