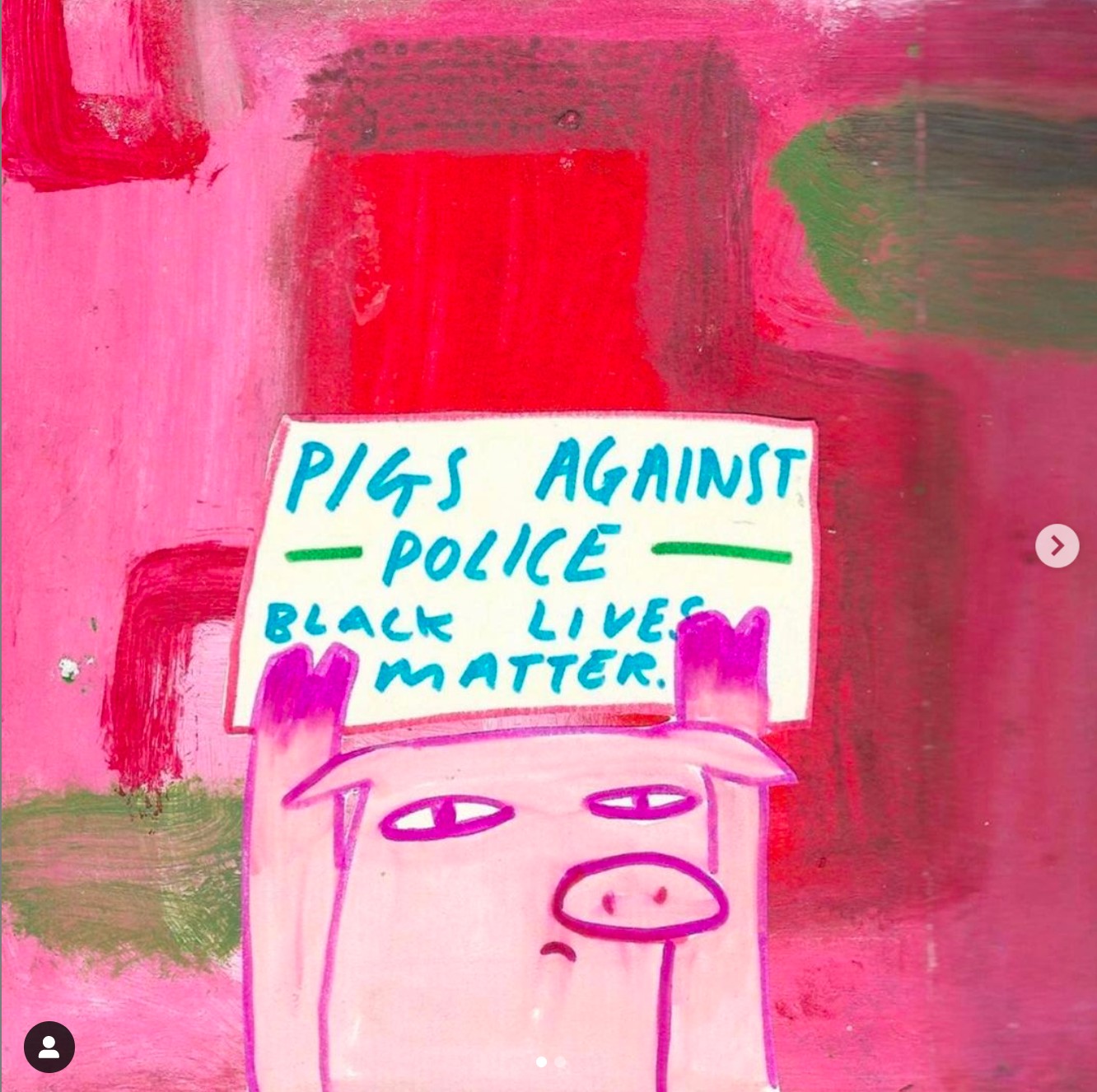 Using human supremacy as a tool to confront white supremacy is not only ineffective, it is in fact counterproductive — for two reasons.

But first, I would be remiss not to point out that the notion of pigs as loving, social, clean, & highly intelligent animals is not a matter of “vegan opinion;” it is fact. Fundamental animal ecology & ethology are the sciences that expose exactly how erroneous our perceptions of pigs have been, due partly to ignorance, partly to the effects of our domestication/confinement of these animals.

That said, the emotional and intellectual capacities of pigs (far exceeding dogs) is completely besides the point, as degrading beings on the basis of intellect holds no moral justification for their oppression.

Also, it is, at very least, completely understandable how Black American activists of the late ‘60s & early ‘70s (notably, the artwork of Emory Douglas) came to popularize the notion of adhering pig stereotypes to those taking formalized municipal measures in brutalizing Black bodies and sabotaging Black livelihood, aka “cops.” The comparison between Blacks and nonhumans had already been popularized by white folx for centuries.

‘Pigs’ as synonymous with ‘cops’ only serves to reinforce the same power hierarchies — a generalized prejudice, revealing inconsistencies in our own values as we attempt to fight oppression with oppression; a page right out of the white supremacy handbook (e.g. white women fighting for voting rights by selling out Black folx and appealing to racists). We maintain the oppressor-oppressed dynamic, with the psychological roots of such biases serving as a way to embrace hierarchy and rationalize existing social orders.

Consider: the misinterpretation of the pig psyche may not even be as reckless as that of our own.

The comparison also unwittingly ignores the ways in which these two forms of oppression (racism against Black folx & speciesism against pigs) are intimately connected: The factory farming of pigs plays a role in environmental racism by keeping heavily polluted waters and air contained with raw pig manure disproportionately located near impoverished people of color.

Institutional racism (and violence) removed Black & indigenous from their land (farmland and homeland) that is now used for such industrial animal agriculture, exploiting nonhumans as well as impoverished humans, mostly people of color, by way of a notably hazardous workplace. Lastly, the food injustice born of these colonized food systems has valuable resources poured into breeding animals that could otherwise serve humans deprived of complete nutrition.