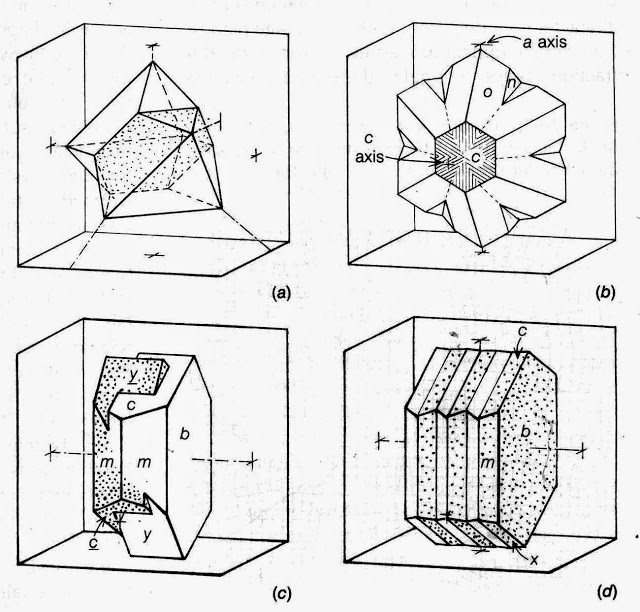 Twinned crystals may be described as follows:

Contact twins – this occur if a definite composition plane is present.

Penetration twins – occur if two or more parts of a crystal appear to interpenetrate each other with the surface between the parts being indefinable and irregular.