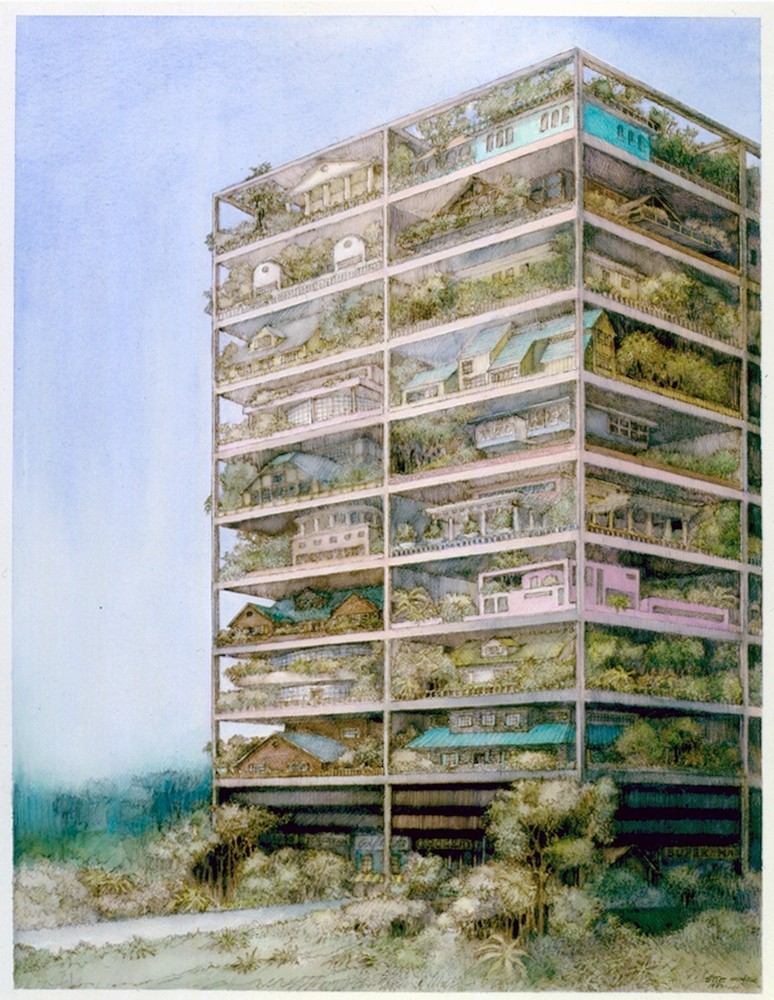 "I think the main value of this project is its statement of anti-formalism. The point is to construct a basic matrix – as the only contribution of the architect/engineer – and then allow the urban dwellers to determine their own choices of residential style and uses of the real estate parcels. Like Duchamp’s notion of “canned chance,” the High-rise of Homes was an idea based on an orchestration of indeterminate elements. As far as a future for this proposal is concerned, all I know is that it has inspired many imitators over the years. Unfortunately, most of the subsequent interpretations have missed the point entirely. These modified versions project a similar appearance of random aesthetic elements; but, in reality, they are simply the same formalist orchestrations of the architects’ own sculptural and stylistic conceits. My idea was to establish a fundamental support structure and encourage occupants to fill in the spaces as an unpredictable collage of choice, chance, and change."