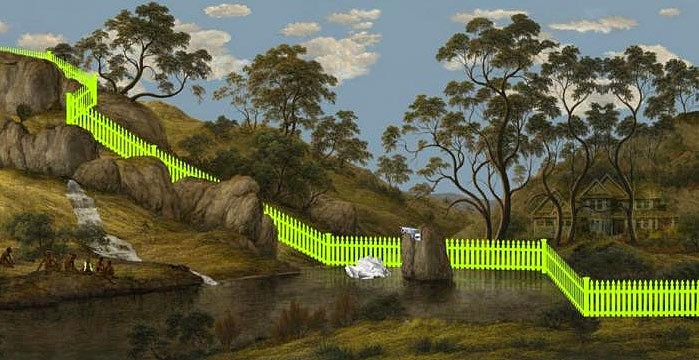 the claiming of things

The claiming of things by Joan Ross Pigment print on paper (2012). In this work Joan Ross reconfigures and plays with, as its backdrop, an early Australian colonial painting by John Glover. This work considers the connection to, the disconnection from and ultimately the attempt to civilise nature; imperialism, its power relationships and racism, fear, ownership, boundaries ... from pristine to colourful but completely out of touch.