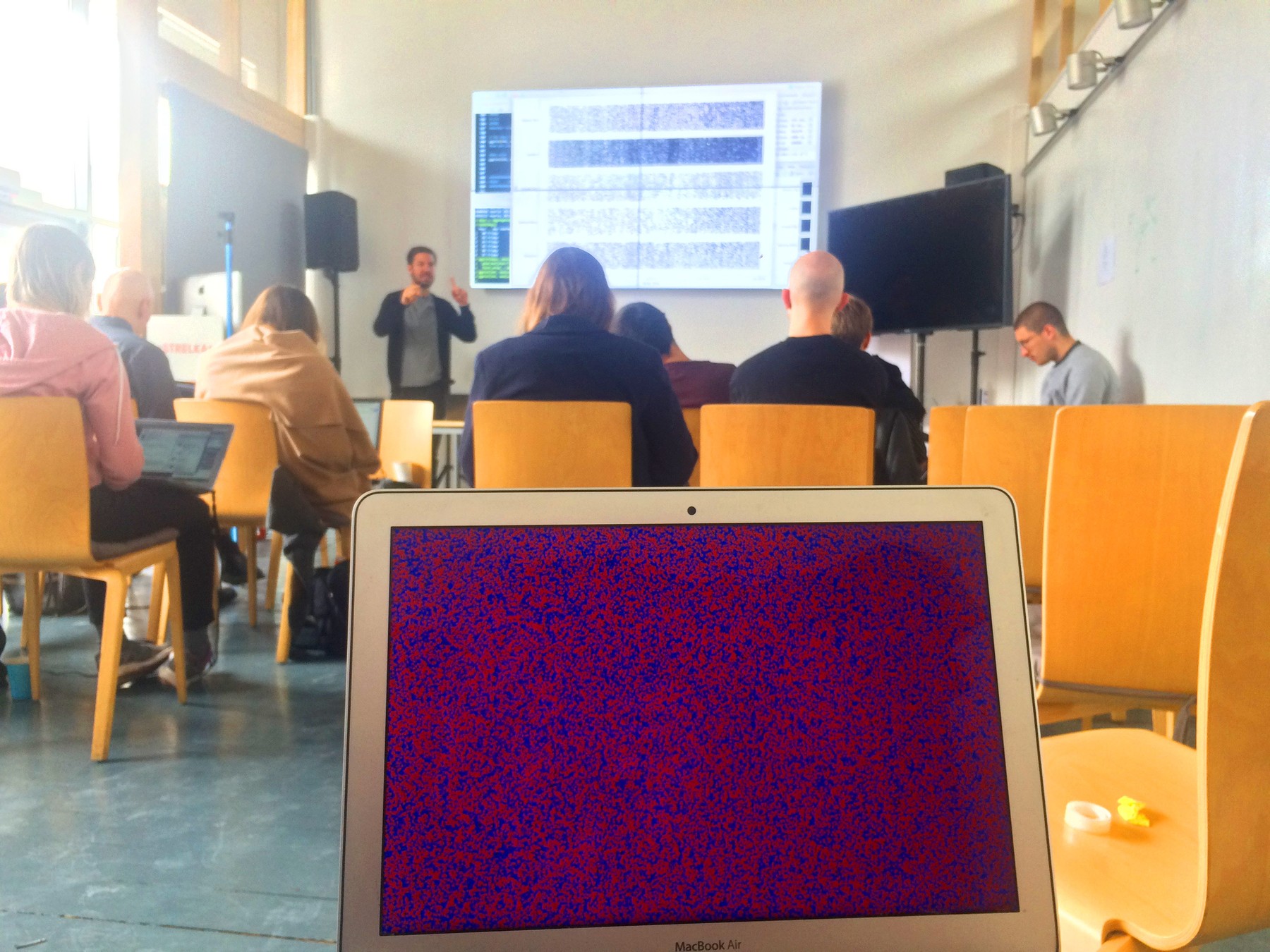 While living with William Burroughs at the Beat hotel on Gît-le-Coeur, Paris, and with the aid of Cambridge mathematician Ian Somerville, poet Brion Gysin designed a simple paper cylinder with periodic apertures surrounding a bare light bulb placed on a rotating turntable at 78 rpm.

The resulting flickering light repeats at a constant frequency between 8 and 13 Hz matching the brain’s alpha-waves present in deep relaxation, such as drifting into sleep. When a viewer closes their eyes, sits close to the machine, and the turntable is started, the flickering light induces waves of color and repeating geometric patterns that form and re-form in the mind’s eye. Ian Somerville described the experience in a letter to Gysin:

Visions start with a kaleidoscope of colors on a plane in front of the eyes and gradually become more complex and beautiful, breaking like surf on a shore until whole patterns of color are bounding to get in. After awhile the visions were permanently behind my eyelids and I was in the middle of the whole scene with limitless patterns being generated around me.

Unlike a pharmacological trip, the experience ends when the user opens their eyelids. Gysin called his vision machine for closed eyes the Dreamachine.